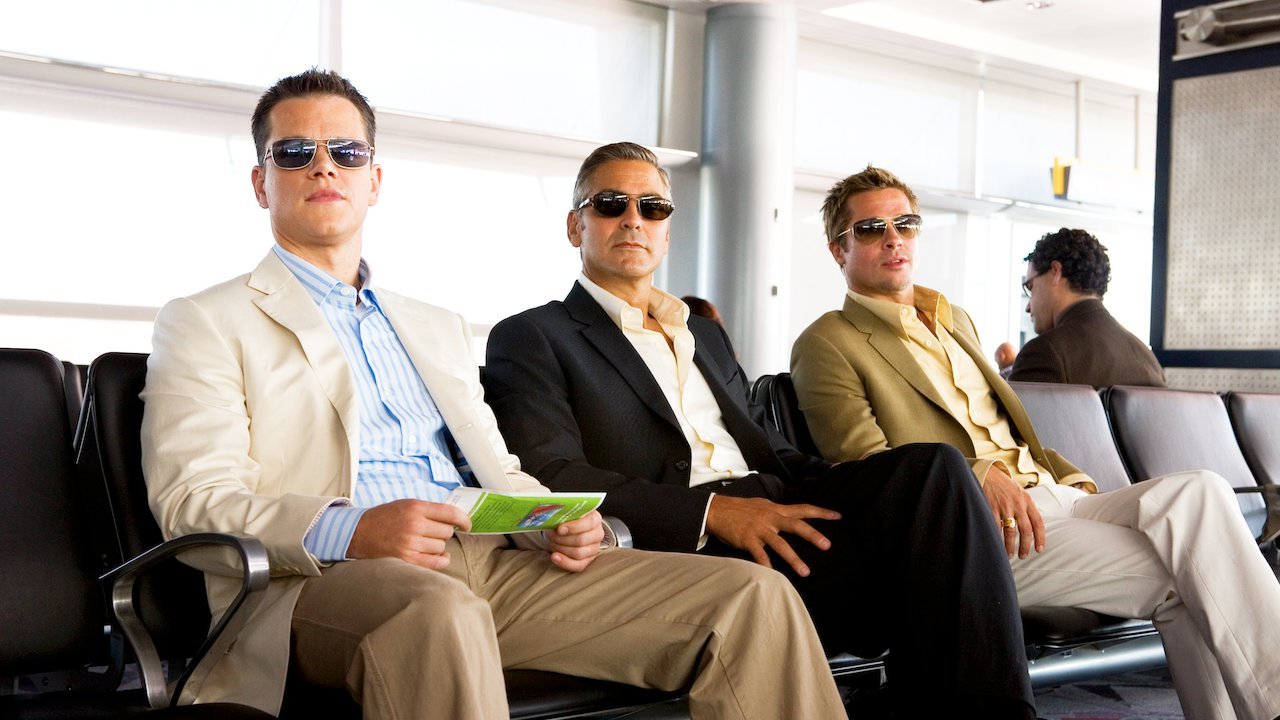 While Reuben recovers from a heart attack, the gang puts an absurdly elaborate plan into motion, even roping in their nemesis from the first film, Terry Benedict (Andy Garcia), for further financing. Did I mention this plot involves digging under the casino with the same giant underground drill that dug the channel tunnel in Europe? Junior colleague Linus (Matt Dillon) dons a jutting proboscis (“The nose plays, I tell you!”) to seduce Pacino’s gal Friday Ellen Barkin, and the Malloy brothers (Casey Affleck and Scott Caan) foment a worker’s strike in a dice factory in Mexico when they’re supposed to be rigging the dice headed for Pacino’s grand opening.

Yes, this revenge play is another Vegas party scheme, and the girls are left at home (“It’s not their fight”) so the boys can have far too much fun doing that thing they do so well. Bernie Mac, Don Cheadle, Eddie Jemison, Shaobo Qin, and Carl Reiner all get their moment to shine and Eddie Izzard makes an appearance. It’s all very silly and overdone, but they pull it off thanks to the effervescent rapport between Clooney and Pitt, the snappy delivery of the entire cast, and the smooth sheen of Soderberg’s brisk direction.

On Blu-ray and DVD with the 24-minute featurette “Vegas: An Opulent Illusion,” an interesting overview of the making and constant remaking of Vegas and the foundation of the gambling culture, right down to the philosophy of the architecture and design of the casinos. There is also four minutes of deleted scenes and the “Jerry Weintraub Walk and Talk,” a two-minute whirlwind tour through the film’s casino sets. Also available in HD DVD and Blu-ray formats.