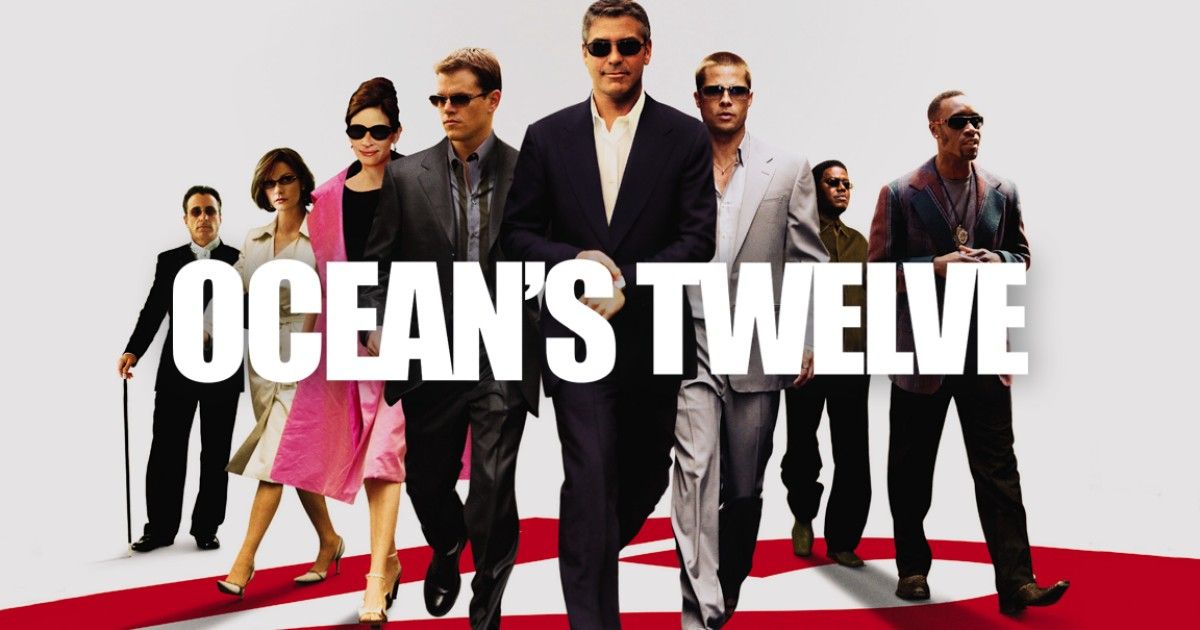 George Clooney is back as caper ringleader Danny Ocean in Ocean’s Twelve (2004), the jaunty sequel to Steven Soderbergh’s hit remake of the Rat Pack heist comedy, and so is his entire crew. They reunite when the target of the original film (Andy Garcia) tracks them down and demands his money back, and they head to Europe to pull off an impossible collection of high-scoring heists before their time runs out.

Clooney is in fine form as the cheeky leader of the combustible collection of characters and Brad Pitt has never been as breezy and relaxed as the second-in-command, his mind constantly clicking with options and details while his mouth seems to work independently tossing off smart remarks, especially in the direction of the group’s eager Boy Scout Matt Damon. Julia Roberts even gets in on the action this time, though Soderbergh reserves the glamour treatment for Catherine Zeta-Jones. She joins the cast as Pitt’s girlfriend, who also happens to be a European cop on the trail of the gang, and Vincent Cassel plays a cocky super-thief pulling the strings and pulling their chains.

It’s utterly silly and featherweight, but Soderbergh knows how to make it swing and the fun-loving camaraderie he captures on camera is so convincing that you feel like a part of the fun. For the record, the twelve are rounded out by Don Cheadle, Bernie Mac, Casey Affleck, Scott Caan, Eddie Jemison, Shaobo Qin, Carl Reiner, and Elliott Gould.