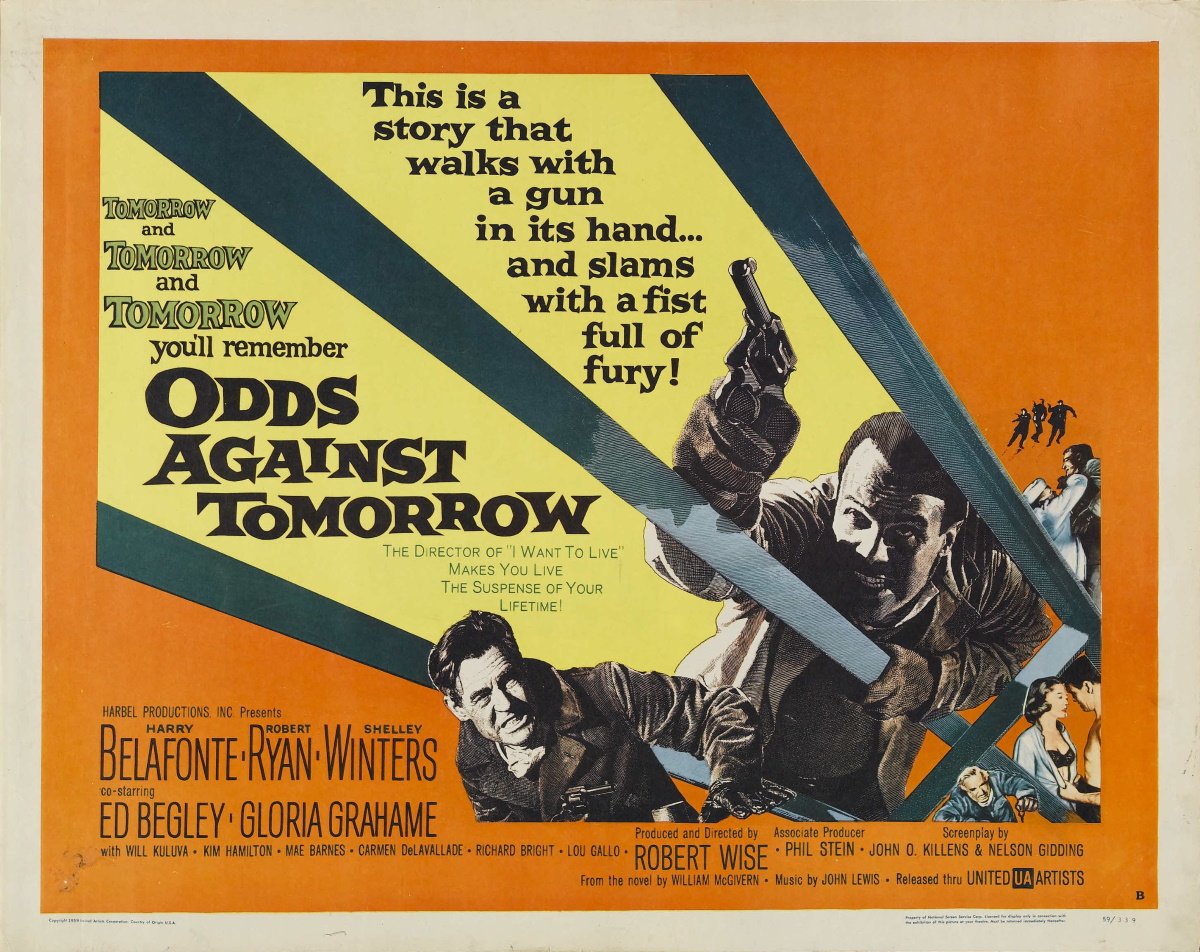 Robert Wise approaches a classic film noir premise—a team of volatile criminals are gathered for a heist that goes fatally awry—with a modern style and a story that turns on the poison of hate, anger, and racism in Odds Against Tomorrow (1959).

Harry Belafonte, who developed the project through his production company, is jazz musician Johnny, divorced father of a young daughter and gambling addict in debt to the mob. Robert Ryan is resentful, hot-tempered war veteran Earle, an ex-con with a history of violence and deep-seeded bigotry, and Ed Begley the disgraced ex-cop who masterminds a bank heist in a small town and recruits the two initially resistant men. “One roll of the dice and we’re all through forever,” he promises, convinced he can keep the tensions from exploding despite Earle’s constant stream of racist comments and verbal threats aimed at Johnny.

Director Robert Wise had risen from B-movies to become a top studio filmmaker by the late 1950s and had made a number of smart, stylish film noirs and crime dramas. He directs and produces this independent production and brings a modernist look to the film, with austere imagery, location shooting stripped of clutter, and a style that pulls the characters out of the environment with close, intimate shots that foregrounds the intensity of their emotions and conflicts. The score by John Lewis (of The Modern Jazz Quartet) combines classical and jazz approaches for an unconventional, at times atonal score that enhances the character tensions.

The social commentary is hardly subtle—it ends with a literal conflagration and the final image frames a sign that reads “Stop / Dead End”—but Belafonte and Ryan are great as they wind up the film’s intensity and Shelley Winters and Gloria Grahame deliver terrific supporting turns.

The film has been remastered from a BFI restoration.

The Blu-ray from Olive Films is remastered from a recent BFI preservation and looks clean and handsome. No supplements.