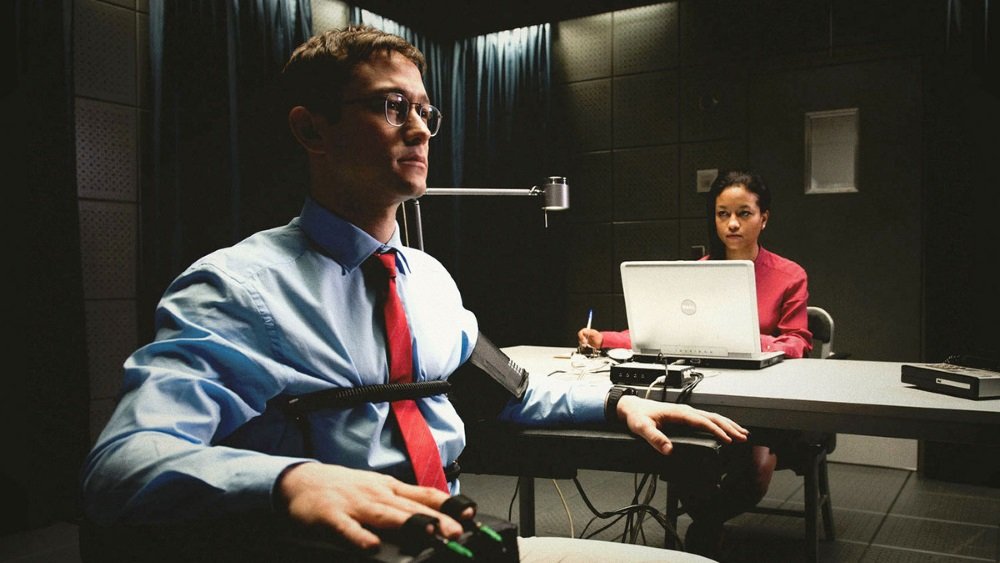 Joseph Gordon-Levitt is disillusioned idealist Edward Snowden in Snowden (2016), Oliver Stone’s drama about the controversial NSA whistleblower. Framed by the famous meeting in a Hong Kong hotel room where Snowden (played with modest integrity by Joseph Gordon-Levitt) shared top-secret files revealing illegal surveillance programs with journalist Glenn Greenwald (Zachary Quinto) and documentarian Laura Poitras (Melissa Leo), it tells the story of a patriot from a conservative background who decides to serve his country working for American intelligence after an injury in basic training ends his career as an enlisted soldier, and then becomes disillusioned by the abuse of power under cover of the Patriot Act.

Stone champions mavericks who challenge the status quo in the name of justice and the ideals of the American experiment and Snowden is his kind of American hero, the moral voice in an amoral world who challenges the prevailing philosophy that the ends justify the means. Stone doesn’t set up a straw man villain here—Snowden’s CIA mentor and protector (Rhys Ifans) believes deeply that he’s doing the right thing to protect American lives in post 9/11 era—he simply argues that questioning the government and holding it accountable for its actions is just and necessary to maintain the democratic ideals of the country.

In many ways this is Stone’s most straightforward film in decades. There’s no showboating cinematic fireworks or flamboyant cameos here (even Nicolas Cage is subdued in a small role), just the commitment to presenting Snowden as a true patriot for standing up for the rights of American citizens.

, iTunes, GooglePlay and/or other services. Availability may vary by service.
Snowden [DVD]

The Blu-ray and DVD releases include a featurette, deleted scenes, and a 41-minute Q&A with director Oliver Stone, actors Joseph Gordon-Levitt, and Edward Snowden (via video connection from Russia) moderated by Matt Seitz. The Blu-ray also includes bonus DVD and Ultraviolet Digital HD copies of the film.