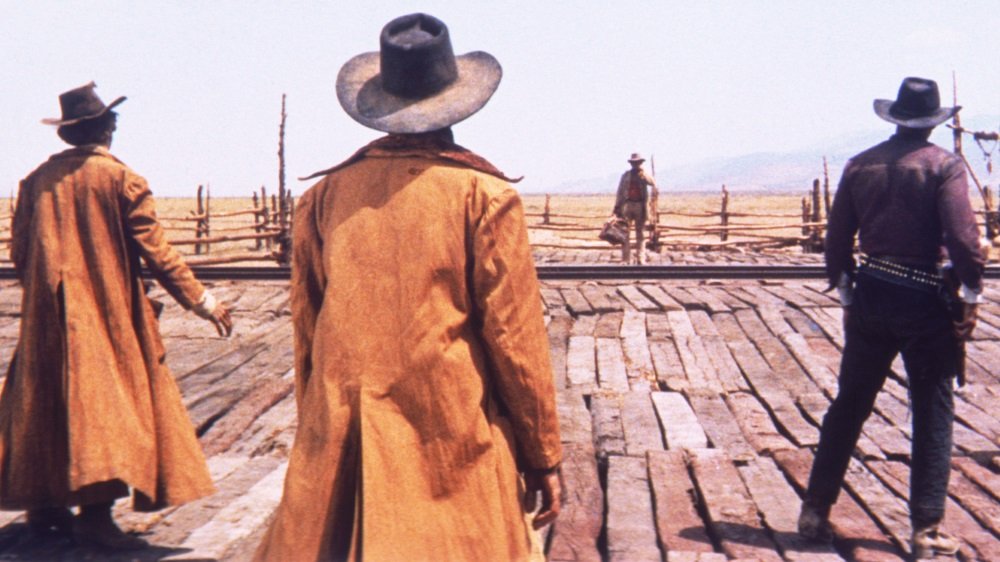 Casting Charles Bronson as his slow-talking, harmonica playing hero, Henry Fonda as a steely, blue-eyed killer, and Claudia Cardinale as the fallen woman who stakes out her claim for the American Dream after her new husband and his entire family have been massacred, Leone creates a horseback epic of bad guys with a heart of gold and an iron engine that reshapes the landscape as its tracks are laid through the wilderness. Bernardo Bertolucci and Dario Argento co-wrote the screenplay and Ennio Morricone’s grand score (one of his greatest) so inspired Leone that he directed and edited to the rhythms of the music, which Morricone completed before the film was finished.

It flopped in release but decades later it stands out as Leone’s masterpiece, a sun-baked blast of frontier opera. Jason Robards co-stars and Leone casts such icons as Woody Strode, Jack Elam, Keenan Wynn, and Lionel Stander in small but memorable roles.

Originally rated PG, it was rerated PG-13 when it was restored.

, iTunes, GooglePlay, Fandango, Vudu and/or other services. Availability may vary by service.
Once Upon A Time In The West [Blu-ray]

Once Upon a Time in the West [DVD[