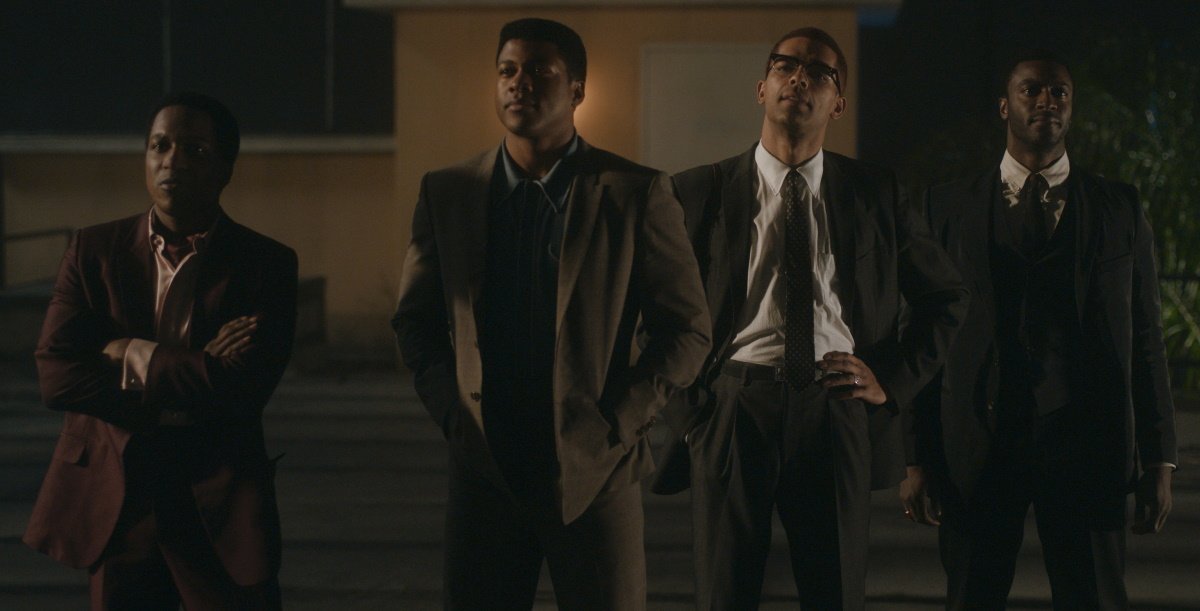 Tom Hanks stars in “News of the World” (2020, PG-13) as a Civil War vet and widower who travels Northern Texas reading news stories to small town audiences. He volunteers to accompany a traumatized young orphan (Helena Zengel), a German immigrant raised by Kiowas and left alone after a massacre of her adoptive poeple, through hostile territory to bring her to her only living relatives. This western from director Paul Greengrass is a touching drama set against the violence and lawlessness of Texas after the Civil War. Comes to VOD and Cable On Demand after a brief run in theaters.

The documentary “Crack: Cocaine, Corruption & Conspiracy” (TV-MA) takes a hard look at the politics behind the drug that became the focus of the war on drugs in the 1980s and the impact on the poor and communities of color. (Netflix)

The four-part limited series “Night Stalker: The Hunt for a Serial Killer” (TV-MA) is a true-crime documentary that looks back at investigation of the serial killer that terrorized Los Angeles and San Francisco in the 1980s, guided by the detective who helped crack the case. (Netflix)

The two-part documentary “Tiger” (TV-MA) looks beyond the headlines to offer a portrait of the rise, fall, and redemption of golf superstar Tiger Woods, who became an uncomfortable celebrity and battled his demons publically. The first part now streaming, part two arrives Sunday. (All HBO platforms)

Pete Davidson stars as a charming but self-pitying screw up in “The King of Staten Island” (2020, R), comedy drawn in part from the comic’s own life. Judd Apatow directs and cowrites the screenplay with Davidson. (All HBO platforms)

Free picks: The YouTube channel “Fear: The Home of Horror” streams seven classic horror films free for a week, starting with the original “Dracula” (1931) and “The Mummy” (1932). Arriving Saturday is “Frankenstein” (1931) and “Bride of Frankenstein” (1935) and on Sunday, “The Invisible Man” (1933), “The Wolf Man” (1941), and horror comedy “Abbott and Costello Meet Frankenstein” (1948) begin. If you’ve never seen them, this is your chance to see where American horror cinema began.

Carey Mulligan is the “Promising Young Woman” (2020, R) of this drama that uses black comedy and revenge thriller conventions to confront the trauma of sexual assault. Bo Burnham and Alison Brie costar in the feature directorial debut of actor/writer Emerald Ferrell. On VOD and Cable On Demand.

A drone pilot (Damson Idris) teams up with an android soldier (Anthony Mackie) to locate a doomsday device hidden in the deadly militarized zone in “Outside the Wire” (2021, R), a science fiction action thriller set in the future. Pilou Asbaek costars and Mikael Håfström directs.

Kid stuff: think of the animated “Penguins of Madagascar” (2014, PG) as the minions of the “Madagascar” movies.

In “The Ultimate Playlist of Noise” (2021, TV-MA), a high school senior (Keean Johnson) about to lose his hearing meets a struggling musician (Madeline Brewer) who helps him create his bucket list of favorite sounds.

A pair of horror films arrive: “Alone” (2020, R), a remake of the Swedish thriller “Gone” from director John Hyams, and “Lights Out” (2016, PG-13) with Theresa Palmer as a young woman whose family is terrorized by a supernatural entity who attacks in the dark.

Streaming TV: the crowd-funded comedy “Everyone is Doing Great: Season 1” (not rated) features James Lafferty and Stephen Colletti as the stars of a TV vampire show dealing with life after fame. Also new is “Endlings: Season 2” (TV-PG).

More new network shows are now streaming, including the debut of the empty nester sitcom “Call Your Mother” with Kyra Sedgwick, plus new seasons of crime thriller “Prodigal Son” (TV-14), medical drama “The Resident” (TV-14), and “A Little Late with Lilly Singh” (TV-14). All available to stream a day after respective network debuts.

The new season of the political talk show “Real Time with Bill Maher” (TV-MA) is back with new episodes Friday nights. (All HBO platforms)

International passport: in the dark comedy “Arthur’s Law: Season 1” (Germany, TV-MA, with subtitles), an unemployed sad sack attempts to kill his wife for the insurance money and ends up creating a cascade of disasters.

“Mary Poppins Returns” (2018, PG) stars Emily Blunt as England’s most famous nanny, who floats back into the lives of the now-grown Jane and Michael Banks (Emily Mortimer and Ben Whishaw) to help with Michael’s children. Lin-Manuel Miranda and Meryl Streep costar in the musical sequel.

“Isle of Dogs” (2018, PG-13), Wes Anderson’s playful fantasy adventure, uses stop-motion animation to tell the story of a boy’s searching for his missing dog in a near-future Japan.

“A Discovery of Witches: Season 2” (TV-MA), the romantic drama set in a world filled with magic and supernatural beings, sends its lovers (Teresa Palmer and Matthew Goode) back in time to Elizabethan England. New episodes each Saturday. (Sundance Now and Shudder)

The third season of “American Gods” (TV-MA), which launches with yet another new showrunner and more cast upheavals, pulls the quasi-mortal Shadow Moon (Ricky Whittle) back into the between the old Gods (led by Ian McShane’s Odin) and the new. New episodes each Sunday.

Criterion Channel presents thirteen films “Starring Jane Fonda” from “Walk on the Wild Side” (1962) with Laurence Harvey and Barbara Stanwyck and the western comedy “Cat Ballou” (1965) with Lee Marvin to dramas “The China Syndrome” (1979) with Jack Lemmon and “The Morning After” (1986) with Jeff Bridges. My pick for the collection highlight is “Klute” (1971, R), the gritty New York thriller that earned Fonda her first Academy Award.