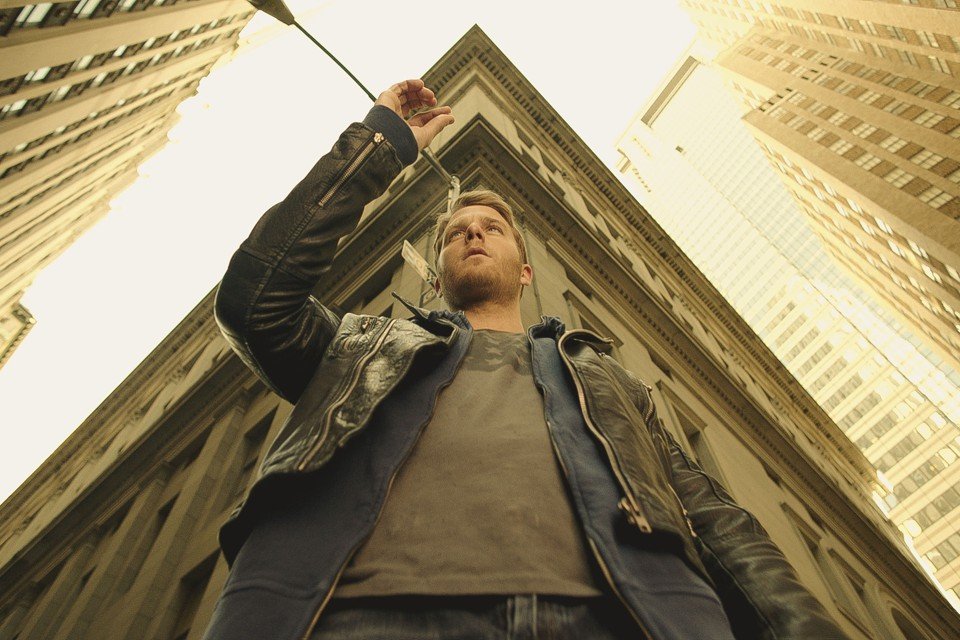 The twist is that the drug ultimately drives its users crazy but Brian is immune to the side effects, or so the FBI thinks. Actually there’s a secret antidote that Senator Eddie Morra (Bradley Cooper, reprising his role from the film) slips him in exchange for spying on the feds. Where the film was a straight-up thriller, the series stirs in plenty of humor. Brian keeps up the fun-loving, pop-culture-spouting personality even when he’s in super genius mode, making him the joker in the ultra-serious FBI office, but he also gets a charge out of solving crimes. After a lifetime of being the family screw-up, he embraces the opportunity of being a kind of superhero.

Jennifer Carpenter is his whipsmart FBI handler who has a touch of rebellion in her and Mary Elizabeth Mastrantonio is the division boss, a no-nonsense career officer who bumps up against Brian’s whimsical personality but has his back.

The series begins with a familiar mix of FBI procedural and cheeky class clown comedy but the series gets more clever with the humor in later episodes, goofing on Brian’s narration and playing games with shifting perspectives, storytelling twists, and genre parodies. The humor differentiates it from the spate of high-concept crime and conspiracy shows but it wasn’t enough to sustain an audience and the show was cancelled after its first full season. Which is too bad. I dropped out after the first couple of episodes myself but upon revisiting, I found myself warming to its good-natured charm and storytelling ingenuity. The mix of science fiction, action, conspiracy, and humor isn’t particularly fresh but it works, and the sparky sensibility gives it a personality beyond the gimmick.

The first and only season features 22 episodes.

Also available on DVD and Blu-ray and on SVOD through Amazon Video, iTunes, GooglePlay, Vudu, and/or other services. Availability may vary by service.
Limitless: Season 1 [DVD]