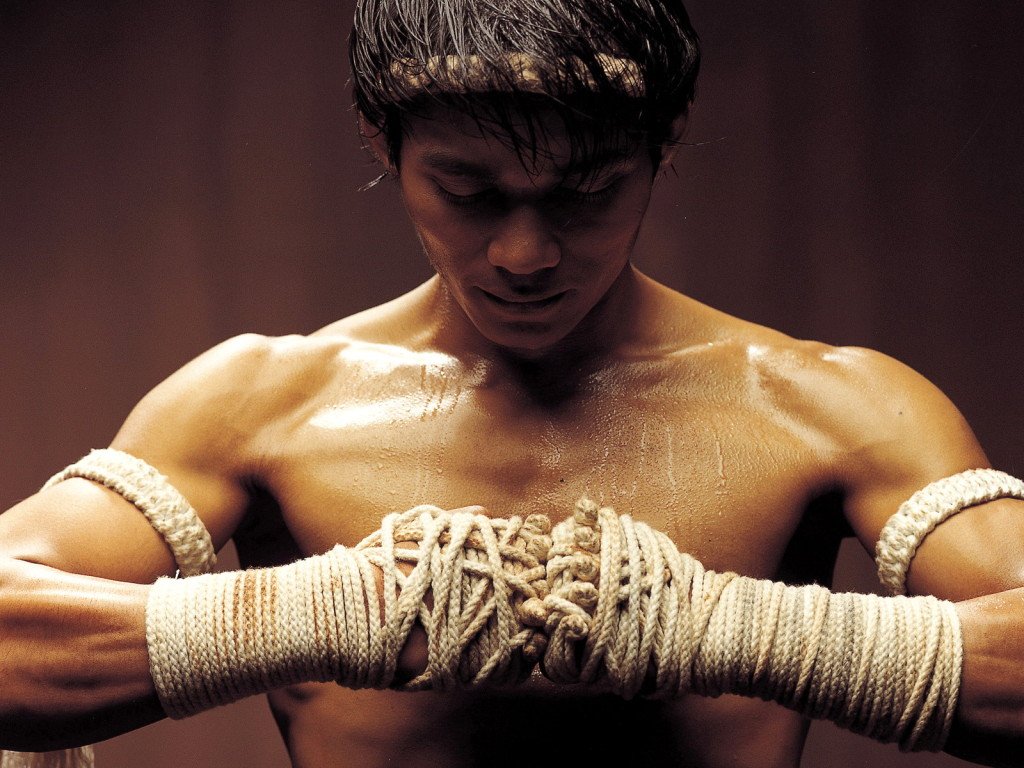 Tony Jaa, the stocky Thai stuntman turned action hero in Ong Bak: The Thai Warrior (2003), harkens back to an earlier kind of screen martial artist. Jaa has an impressive physique, a steel snap to his delivery, and a gymnastic prowess to his style, and director Prachya Pinkaew puts it all on display in an endearingly naïve martial arts adventure.

The story of an idealistic, wide-eyed country boy who takes his skills in the martial arts of Muay Thai to Bangkok to recover a temple treasure stolen by big city gangsters is essentially an updating of the old Hong Kong kung-fu revenge odysseys of the seventies. Jaa is the proverbial country hick in the big city chasing the stolen dough right into the midst of an illegal fighting pit, where he puts a quick end to his first inadvertent match, despite his promise to his mentor never to use his talents. That vow lasts for another five minutes or so before he dispatches the local talent pool of preening bullies and dirty fighters (the latter using a refrigerator as a blunt instrument) with his Thai boxing skills and his trademark kill shot: an elbow to the skull.

The simplistic story is merely an excuse to get him into action and the action is jaw-dropping. Jaa is not merely the star, he’s the greatest special effect you’ll see all year, combining the gymnastic energy of Jackie Chan’s glory days with the bone-snapping, body-crunching intensity of Bruce Lee at his best, and the film harkens back to an earlier style of martial arts movie, before the blender style of editing took over. The irresistible combination of cinematic naiveté and brutal martial arts moves executed with astonishing prowess makes this a real throwback to the seventies martial arts era.