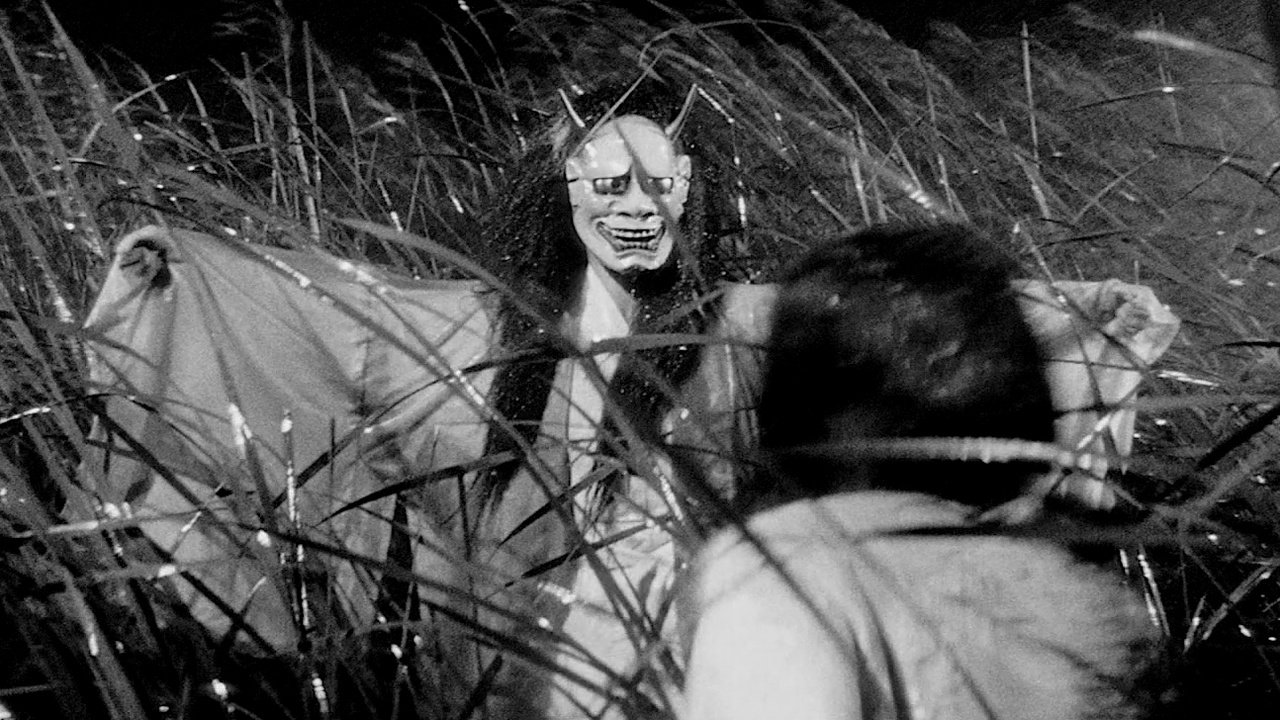 A curse hangs over Kaneto Shindo’s primal classic Onibaba (Japan, 1964) like a looming storm cloud. It looks like a ghost story and has the unsettling, hostile atmosphere of a horror movie, but the real demons arise from the desperation and savagery of the human animal trying to survive the horrors of war.

The setting is rural 16th century Japan, where a futile war between rival Emperors has emptied the land of its farmers and two women living in sea of grass—a hardened mother (Nobuko Otowa), whose son is off fighting, and her young daughter-in-law (Jitsuko Yoshimura)—survive off the soldiers who wander into their world.

The predators become the prey as the women sell the weapons for rice and dump the bodies into a black pit that could just as well be hell. When a deserter returns to his nearby home and seduces the young woman, the fragile relations are shattered and the war of wills becomes a ferocious battle.

Shot in stark, severe black and white, the images seared into the film, with unnerving close-ups and bobbing handheld camerawork, Shindo makes even the waving of the grass look ominous as it all but swallows everyone who enters, and he sets it to a haunting soundtrack of pounding drums and howling flutes, like a kind of primal free jazz. It’s a harrowing, intense film of sweltering emotions, raw sexuality, and unforgiving fates.

In Japanese with English subtitles, black and white.

The Criterion release features an interview with writer/director Kaneto Shindo, rare Super-8mm behind-the-scene footage (both B&W and color) shot by actor Kei Sato, a gallery of stills, sketches, and promotional art, the original trailer, and a 6-page fold-out insert with a new essay by Chuck Stephens, a written statement from director Shindo, and a translation of the Buddhist fable that inspired the story.