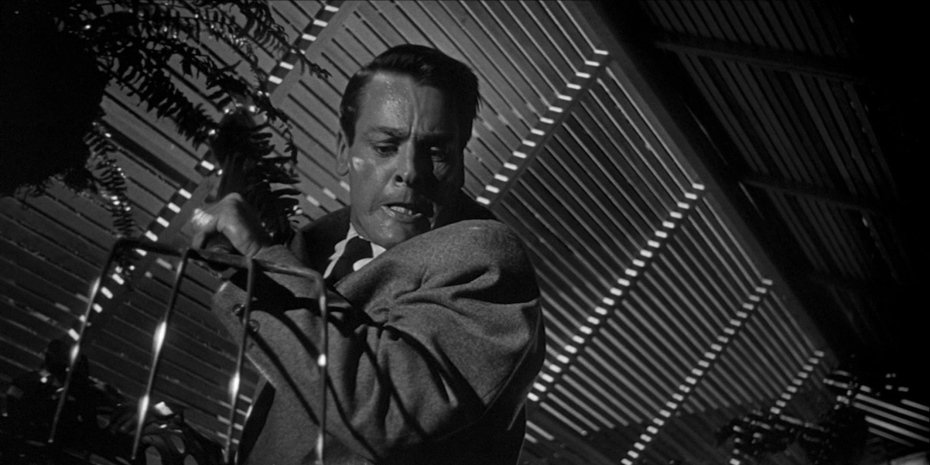 Invasion of the Body Snatchers (1956) – The original version of the oft-filmed science fiction horror is still the most insidious alien invasion film ever made. This is an invasion from within. Small town family doctor Kevin McCarthy returns to his small California coastal community from an out-of-town trip to find everything just a bit off: friends and family suddenly become “other,” emotionless beings that trade personality and joie de vivre for ruthless efficiency. This loss of emotion is set against the growing romance between McCarthy and Dana Wynter, who pull together as they stumble across the corpses of unformed people (a weird mix of plant and person) and become isolated within the transforming community. Director Don Siegel transforms the atmosphere for sunny and open to dark and claustrophobic as the humans become a kind of hive mind.

Other alien invasion films were about life and death, but this is far more insidious: it’s about loss of soul and self, and the desperation to hold on as doppelgangers were grown to take their place. The film coined the phrase “pod people” and has been called a metaphor for the repressive conformity of both Communism and for the fears of McCarthyism in the fifties. That it works for both readings, and remains resonant for every generation (just substitute urban alienation or emotional suppression), is testament to its genius and its power. “You’re next!”

Larry Gates, King Donovan, and Carolyn Jones co-star, the gas meter reader is played by Sam Peckinpah, who also worked as an assistant on the film, and Whit Bissell and Richard Deacon are uncredited in the framing sequence.

It was remade in 1978 by Philip Kaufman with Donald Sutherland, Brooke Adams, Jeff Goldblum, and Leonard Nimoy, by Abel Ferrara in 1993, and in a terribly disappointing version in 2007 with Nicole Kidman and Daniel Craig. The original is still the best.

, iTunes, GooglePlay and/or other services. Availability may vary by service.
Invasion of the Body Snatchers [DVD]

Invasion of the Body Snatchers [Blu-ray]

Olive presents the film on Blu-ray and DVD with no supplements.