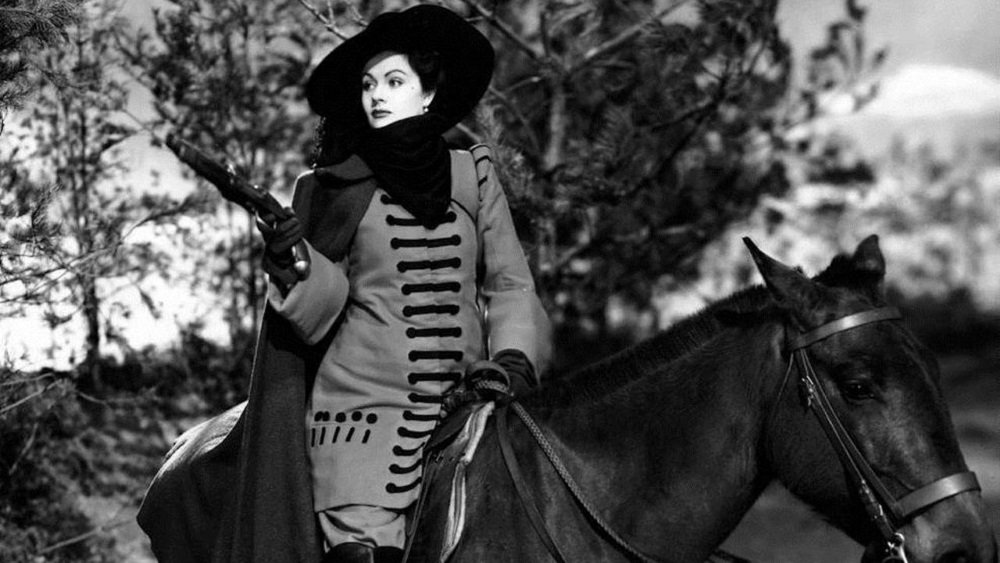 Wicked is the operative term in The Wicked Lady (1945), an outsized, overwrought, gleefully excessive Gothic-pulp melodrama and the famous and most successful film made by the British studio Gainsborough.

Margaret Lockwood takes title billing as the dark-hearted friend to the very model of generosity (played by Patricia Roc) and she begins the film by stealing her best friend’s betrothed and, bored with her spoils, turns highwayman to steal jewels from travelers. “I could never resist anything that belonged to someone else,” she confesses later on, with more regret than malevolence, but her eyes flash with a fiery charge in the midst of a scheme or thrill of robbing a fellow aristocrat.

James Mason is the real highwayman that Lockwood first impersonates and then teams up with as partner and lover. Mason is all dark charm and theatrical flamboyance as Captain Jerry Jackson, a man who vows to live his rakish life to the fullest before his inevitable end on the gallows, and he plays the larger-than-life anti-hero to that end, making speeches with a fierce smile as he marches to the gibbet. Michael Rennie co-stars as the man who just may be Lockwood’s true soulmate, or merely just her next infatuation. Either way, she’s ready to betray her friend (all over again) and her lover to find out.

Director Leslie Arliss makes the most of his budget, which the studio increased from previous productions to give the film lavish sets, a secret passageway, and actual location shooting for the grand country manor and some of the robbery scenes (other outdoor scenes are back on shadowy, stylized studio sets). It became the top grossing film of 1945 in Britain and the last major success the studio had.

Think of it as the flipside of Jane Austen-style costume melodrama. Filled with silly twists and overwrought melodrama, it has a distinctive sensibility, two charismatic anti-heroes who invest their roles with personality and energy, and a stylized, unreal flamboyance that keeps them lively. It’s disreputable fun that is just good enough to both overrate and underrate it.

Available on disc and SVOD through Amazon Video and other services. Availability may vary by service.