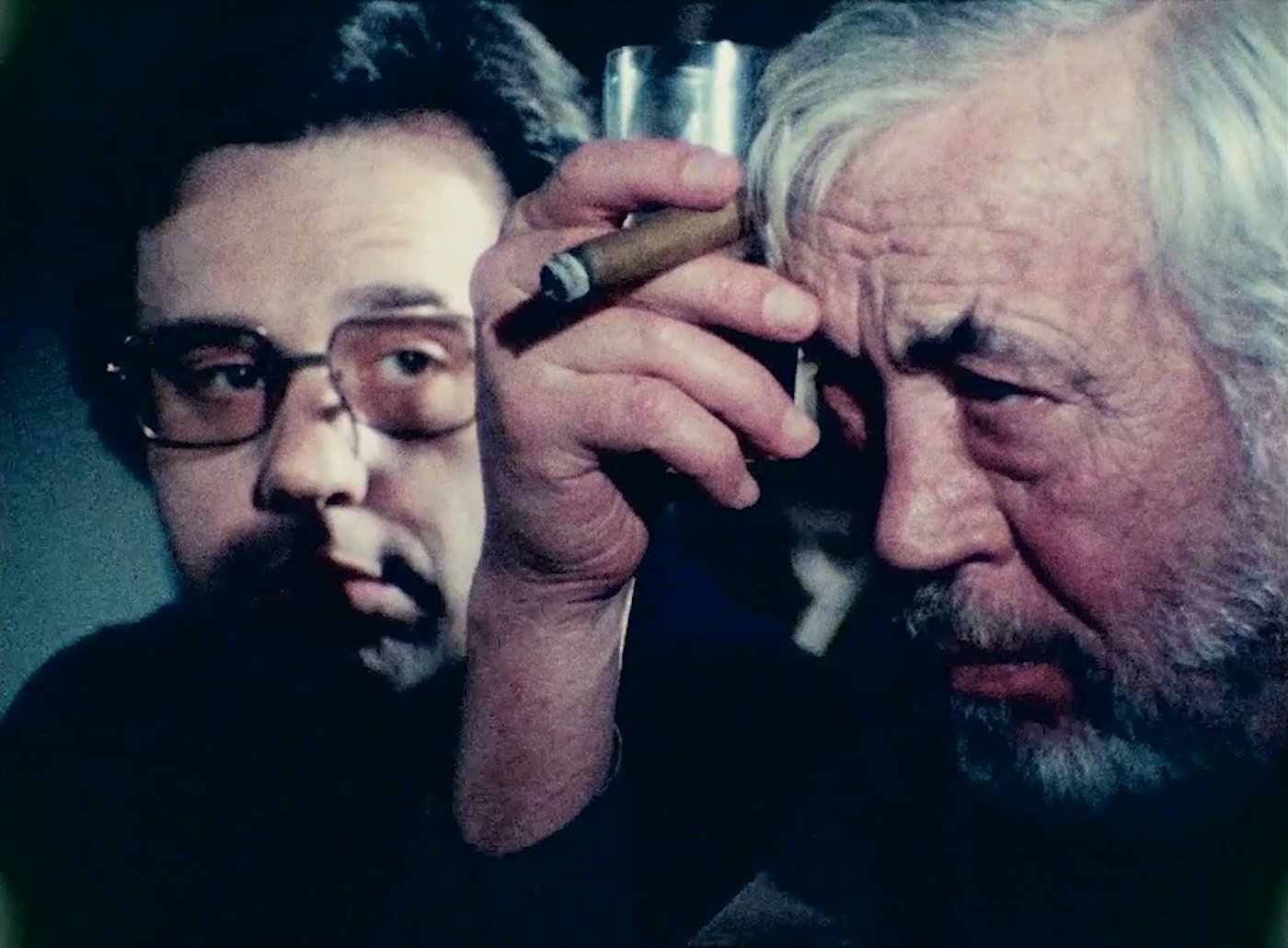 The Other Side of the Wind (2018, not rated), starring John Huston as an aging filmmaker trying to stay relevant in the changing landscape of 1970s cinema, was left unfinished and in limbo when Orson Welles died in 1985. Netflix helped finance the completion and clear up the legal tangles. It made its world premiere at the Venice Film Festival and Netflix streams the film the same day it plays select theaters.

Manohla Dargis, writing for The New York Times, describes it as “something of a seductive tease, a haunted film that at times entrances and delights and at times offends and embarrasses.”

Glenn Kenny calls it “A fascinating film, and watching this assemblage it occurred to me that it remained unfinished by Welles in his lifetime by design” for RogerEbert.com.

And at The Guardian, Peter Bradshaw writes: “This is a crazy, dishevelled, often hilarious film, in which lightning flashes of wit and insight crackle periodically across a plane of tedium.”

Queue it up on Netflix.

Also on Netflix today is They’ll Love Me When I’m Dead (2018, not rated), a documentary on the film’s history by Oscar-winning filmmaker Morgan Neville.

Julia Roberts stars in Homecoming: Season 1, her first series. Adapted by creators Micah Bloomberg and Eli Horowitz from their podcast and directed by Mr. Robot creator Sam Ismail, it’s a mystery set at a center for soldiers readjusting to civilian life.

Claire Underwood (Robin Wright) takes charge as the first woman president in the sixth and final season of House of Cards, which brings Netflix’s first bona-fide original hit to a close without Kevin Spacey. All 13 episodes on Netflix.

Julia Roberts and Owen Wilson are protective parents of a child (Jacob Tremblay) with facial deformities in Wonder (2017, PG), the family drama based on the bestselling children’s novel by R.J. Palacio. On Prime Video and Hulu.

Classic pick: John Boorman’s magnificent and magical Excalibur (1981, R) is the richest of screen incarnation of the oft-told Arthurian legend. On Prime Video.

Foreign pick: People on Sunday (Germany, 1930, with subtitles), a lovely silent film that offers a snapshot of life in Weimar Germany, launched the careers of some of Hollywood’s great filmmakers. On Prime Video.

Mila Kunis and Kate McKinnon star in The Spy Who Dumped Me (2018, R) as best friends who inadvertently get caught up in international intrigue.

Halloween is over, which means that the Netflix Christmas movie originals are already arriving. Now available is the romantic drama The Holiday Calendar with “The Vampire Diaries” star Kat Graham and the animated Angela’s Christmas (2018, not rated), based on a story by Frank McCourt.

Halle Berry and Daniel Craig star in Kings (2017, R), a drama set in the midst of the Rodney King riots, and Equals (2015, PG-13) features Kristen Stewart and Nicholas Hoult as people in love in a world without emotions.

Streaming TV: Patriot Act with Hasan Minhaj takes on politics, culture, and the news with a sense of humor. New episodes arrive each Sunday. Also new is the third collection of Follow This mini-documentaries from BuzzFeed reporters.

Stand-up: The Degenerates is a series spotlighting rising young comics.

A new month, a new batch of older films cycled through the library, including Oscar winners Good Will Hunting (1997, R) and The English Patient (1996, R). Other newly-arrived titles include:

The animated fantasy Nausicaä of the Valley of the Wind (Japan, 1984, PG, with subtitles), the second feature from Hayao Miyazaki and the feature debut of Studio Ghibli, is set on a faraway world of medieval castles and massive airships and splintered kingdoms.

Samuel L. Jackson stars in the gorgeous musical drama The Red Violin (1998, R), which follows the journey of a legendary instrument as it passes through many hands over the course of three centuries. On Prime Video and Hulu. Also new:

It only lasted a single season on AMC but Dietland” an ingenious social satire that tackles feminism, body image, and corporate culture, is well worth seeing.

Also new: Flesh & Blood, the second feature-length episode of the anthology horror series “Into the Dark,” and the European crime drama Racer and the Jailbird (Belgium, 2018, R, with subtitles);

The Oscar-nominated drama The Post (2017, PG-13) takes on the responsibility of journalists to speak truth to power with the story of the stakes behind The Washington Post’s decision to publish the Pentagon Papers in 1971. Meryl Streep and Tom Hanks star in the old school newspaper drama directed by Steven Spielberg.

Older films returning to HBO this month include Cop Car (2015, R) with Kevin Bacon as a corrupt sheriff;

Available Saturday night is an extended, unrated version of the R-rated Fifty Shades Freed (2018, not rated).

Dylan O’Brien and Michael Keaton star in the action thriller American Assassin (2017, R) and Ansel Elgourt and Taron Egerton star with Kevin Spacey in Billionaire Boys Club (2018, R), a crime drama based on a true story.

“Director of the Week: Jacques Tourneur” presents a collection of his early short films along with such horror classics as Cat People (1942) and I Walked With a Zombie (1943) and the film noir masterpiece Out of the Past (1947) with Robert Mitchum, and “Star of the Week: Jacqueline Bisset” features American action classic Bullitt (1968, PG) and French dramas Day for Night (France, 1973, PG, with subtitles) and La Cérémonie (France, 1995, with subtitles).

FilmStruck, Hulu, John Huston, Netflix, Orson Welles, Showtime Anytime, The Other Side of the Wind, VOD