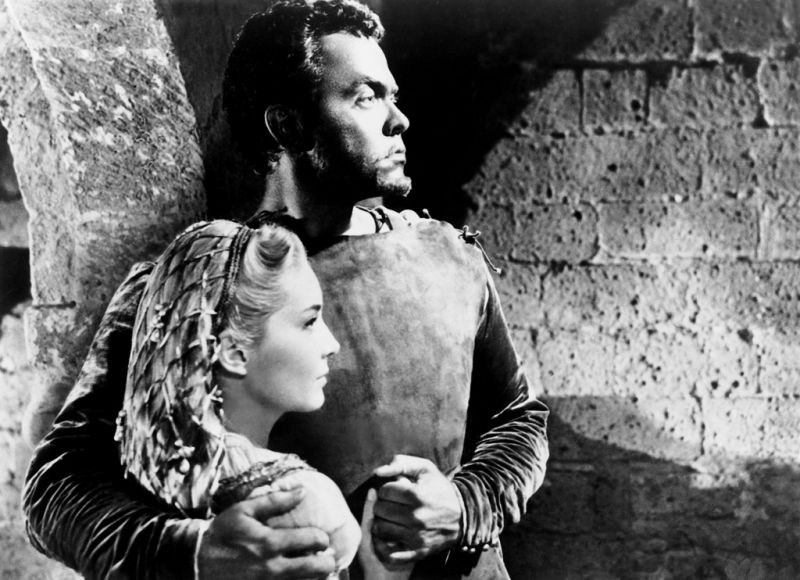 Orson Welles’ 1952 masterpiece Othello, his shoestring-budgeted adaptation of the Shakespeare tragedy, is an example of creative will overcoming physical liability. Using primitive (by Hollywood standards) equipment and a rotating crew, and interrupting his shoot to raise money, Welles shot in spurts over three years all over Italy and Morocco and matched images shot in locations separated by months (or even years) and thousands of miles so brilliantly that you never notice. His eye for images and understanding of editing keeps the viewers’ eyes on the human drama in his often baroque compositions, and the momentum of his editing carries us along to the tragic end. The finished film is as beguiling and as beautiful as the greatest of his Hollywood pictures.

It has been a hard film to see for most of the 60-plus years since its debut. After debuting at the Cannes Film Festival in 1952 (where it won the Palme d’Or), its American release was delayed by further tinkering by Welles (including overdubbing his lead actress). The elements were poorly maintained and the 1992 restoration by Beatrice Welles and Michael Dawson was more controversial than you might realize, as it was based on the Cannes debut version (rather than Welles’ preferred 1955 American edit) and featured rerecorded music and foley effects. It was released on VHS and later on DVD, but those editions are long out of print. A new, superior restoration had a limited release in 2014, though it too is based on the 1952 cut. Carlotta has released this restoration on Blu-ray in France and Criterion has announced that it will release Carlotta’s restoration stateside later this year, but at this time it is still unavailable.

While we await the Criterion release, Shout! Factory TV is now streaming the 1992 restoration of Othello on their free, ad-supported streaming service (there’s also a VOD option for a commercial-free steaming rental). While it’s not the “definitive” version, this is the first time that this essential Welles film has legally been available to stream and the first American home video release since the Image DVD was released in 1999. You could do worse to celebrate the legacy of Orson Welles in the year of his centenary.

Streaming on Shout! Factory TV (no subscription needed, with commercials)
Streaming On Fandor

Below is the trailer for the new restored version.