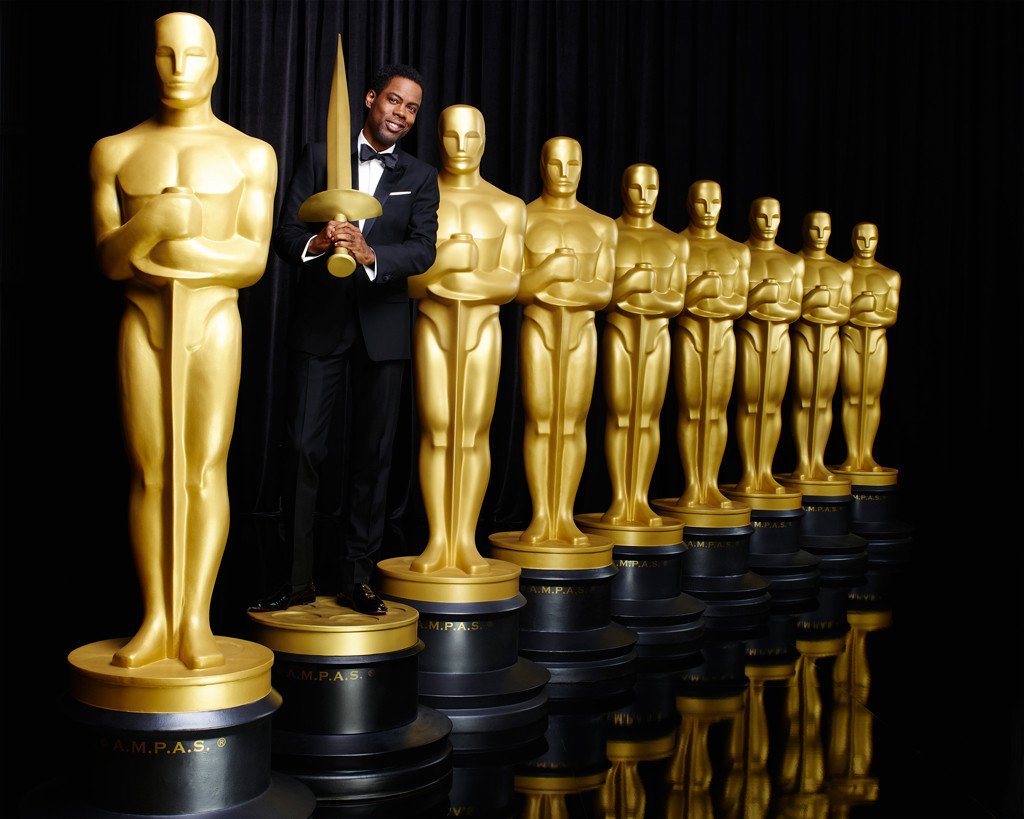 The big night is over. Chris Rock-ed the #OscarsSoWhite controversy with cutting humor that drew some nervous laughter from the audience. The presenters gave us a mix of sincerity and awkward schtick. The In Memoriam tribute honored Kirk Kevorkian, who all but gutted MGM decades ago, yet snubbed Abe Vigoda, Joan Leslie, and Jacques Rivette. The acceptance speeches covered everything from climate change to the power of art to, of course, diversity, mostly with passion and intelligence. And then there was Stacey Dash in the strangest moment of the show. Not quite sure what that was about.

But all that really matter to most of us is: who won? And how can I now see all those winners I never got around to watching?

A couple are still in the theaters but most are available to see at home in one form or another. Here’s a list of what you can see.

Spotlight, the story of the Boston Globe’s investigation into the Catholic Church’s decades-long cover-up of abusive priests, was the expected to take home the Oscar for Best Original Screenplay but it surprised many pundits for beating out The Revenant for the evening’s top prize. And the Academy Award for Best Picture goes to…. A great story and a marvelous film. Rated R. Reviewed on Stream On Demand here.

Room, nominated for four Academy Awards, came away with the Oscar for Best Actress for the powerful and moving performance from its lead Brie Larson, who already took home acting awards from the Golden Globes, BAFTAs, Screen Actors Guild, and Independent Spirit Awards. R. Reviewed on Stream On Demand here.

The Danish Girl won for Best Supporting Actress (in what was really a leading role) for Alicia Vikander, whose nuanced and complex performance overshadowed her co-star, Best Actor nominee (and previous Oscar winner) Eddie Redmayne. R.

For Bridge of Spies, the real-life drama of civilian diplomacy at the height of the Cold War, British actor Mark Rylance prevailed over sentimental favorite Sylvester Stallone for Best Supporting Actor. I’d say they chose right: Rylance was magnificent in a quietly intense performance. PG-13.

If you count the Original Song category as an award with any credence, you can catch the winning song from Sam Smith over the credits of Spectre, the 24th James Bond film. PG-13.

A few of the winners are currently only available to watch in theaters but are coming soon to pay-per-view, VOD, and disc.
– The Big Short (Best Adapted Screenplay) arrives on March 15.
– The Hateful Eight (Best Original Score) comes on March 29.
– The Revenant (Best Director, Best Actor for Leonard DiCaprio, and Best Cinematography) and Son of Saul (Best Foreign Language Film) are slated for April.

Best Documentary Feature winner Amy, a portrait of Amy Winehouse, is free for Amazon Prime subscribers. For the rest of us, it’s available on VOD and disc. R.

Ex Machina, a clever science fiction game of wiles between man and machine with Domhnall Gleeson, Alicia Vikander, and Oscar Isaac, was a surprise winner for Best Achievement in Visual Effects. It’s also on disc. R.

In terms of sheer numbers, the post-apocalyptic speed thriller Mad Max: Fury Road is the big winner of the 88th Academy Awards with six Oscars, including awards for editing, sound design, sound editing, production design, and costume design. Streaming for HBO and HBO Now subscribers, plus it’s on Blu-ray and DVD. R.

Coming to HBO on March 7 and HBO Now on March 11 is Best Documentary Short Subject winner A Girl in the River: The Prince of Forgiveness. No rating.

Pixar’s Inside Out, winner for Best Animated Feature, makes emotions themselves the main characters. It’s bright and clever and funny and sad, filled with inventive metaphors and imaginative mindscapes and directed with compassion, and it is on disc and VOD. PG.

In case you missed the party on Sunday and want to see what you missed, The 88th Academy Awards is available to stream in its entirety, along with Red Carpet pre-show, on Hulu. You need to be a subscriber to see the big show but select clips and highlights are available for anyone to watch. You can also find it On Demand from most cable systems.