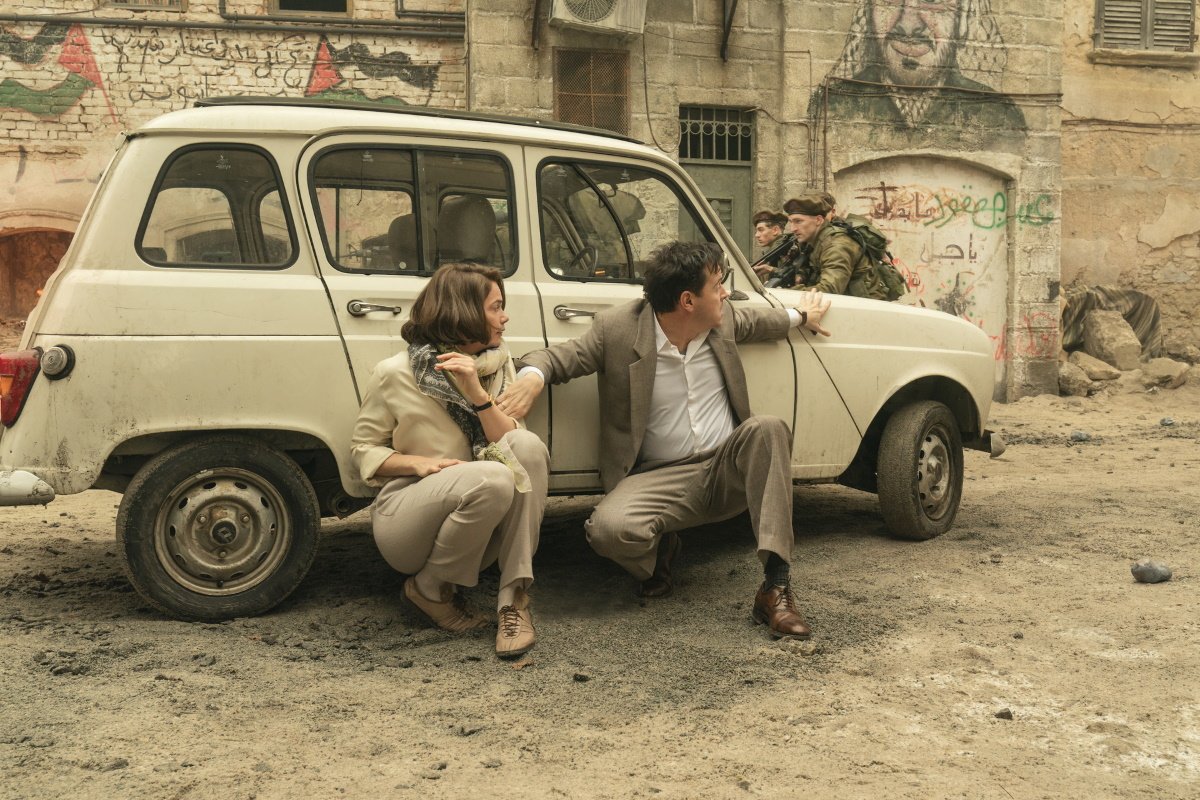 “Oslo” (2021, TV-MA) dramatizes the true story of the Norwegian couple (played by Ruth Wilson and Andrew Scott) who secretly and without government approval conducted peace negotiations between Israel and the Palestine Liberation Organization in 1993. J.T. Rogers adapts his own Tony Award-winning play and Bartlett Sher, who directed the Broadway stage production, helms the feature adaptation. (HBO Max)

The animated fantasy “Raya and the Last Dragon” (2021, PG) follows a teenage heroine (voiced by Kelly Marie Tran) on an odyssey across Asia to restore a magical stone to reunite a fractured kingdom and save the world, with the help of a dragon long thought dead. Don Hall (“Big Hero 6” and “Moana”) directs with Carlos López Estrada (“Blindspotting”) and the voice cast includes Awkwafina, Gemma Chan, and Daniel Dae Kim. It now streams for all Disney+ subscribers at no additional charge. (Disney+)

The fantasy adventure “Sweet Tooth: Season 1” (TV-14) follows a ten-year-old boy (Christian Convery), half-human and half-deer, traveling through the post-apocalyptic world under the begrudging protection of a mysterious warrior (Nonso Anozie), in search of his mother. Filmmaker Jim Mickle is behind the adaptation of the comic book by Jeff Lamire. (Netflix)

Patrick Wilson and Vera Farmiga return as the paranormal investigators Ed and Lorraine Warren in “The Conjuring: The Devil Made Me Do It” (2021, R), supernatural mystery inspired by the first murder trial where the suspect claimed demonic possession as a defense. It’s the third film in the successful horror movie franchise (not counting spinoffs). Available on HBO Max same day it opens in theaters and streams for 31 days only. (HBO Max)

“Those Who Wish Me Dead” (2021, R), Taylor Sheridan’s action thriller starring Angelina Jolie as a smokejumper protecting a child from assassins, leaves HBO Max on June 13.

Binge alert: Lord Grantham, Lady Mary, the Dowager Countess, and the rest of the Grantham clan and service staff take up residence on Netflix as “Downton Abbey: Complete Series” (2010-2015, TV-14) arrives. That will be all, Carson. (Netflix)

“Edge of the World” (2021, not rated) stars Jonathan Rhys Meyers as Sir James Brooke, the real-life English adventurer who battled pirates and the British Empire to end slavery in 19th century Borneo. His story also partly inspired Rudyard Kipling’s “The Man Who Would Be King” and Joseph Conrad’s “Lord Jim.” Available same day as theaters.

In the western horror drama “The Wind” (2018, R), a plainswoman (Caitlin Gerard) faces the harshness and isolation of the untamed 19th century American frontier.

International passport: a young woman from rural Sweden gets a job in a struggling drag club in the LGBTQ comedy “Dancing Queens” (Sweden, 2021, TV-MA, with subtitles). Also new:

“Borat Supplemental Reportings Retrieved From Floor of Stable Containing Editing Machine” (2021, TV-MA) is a collection of specials from Sacha Baron Cohen that both expand and comment on the Oscar-nominated comedy “Borat Subsequent Moviefilm.”

Based on a true story, the crime drama “Dom: Season 1” (Brazil, TV-MA, with subtitles) follows a father and son on opposite sides of the war on drugs in Rio.

There are also new seasons of the British historical drama “Britannia” (TV-MA) and the espionage thriller “The Family Man” (India, TV-14, with subtitles).

The documentary “Changing the Game” (2021, TV-14) looks at transgender inclusion in sports today.

Katherine Waterston and Vanessa Kirby are frontier wives in 1856 America who fall in love in “The World to Come” (2021, R). Casey Affleck and Christopher Abbott costar.

“Night of the Kings” (Ivory Coast, 2021, not rated, with subtitles) is a prison drama wound around the art of storytelling.

More true stories: “The Donut King” (2020, not rated) chronicles the rise and fall of a Cambodian refugee who built an empire of donut shops and Rodney Ascher’s “A Glitch in the Matrix” (2021, not rated) takes on the idea that life is actually a computer simulation.

The series premiere of the animated comedy “Housebroken” (TV-PG) and new seasons of the reality shows “America’s Got Talent” (TV-14) and “MasterChef” (TV-PG) stream a day after their network premieres.

Five Muslim women form a band in “We Are Lady Parts: Season 1“(not rated), a British comedy with an edge of punk rock feminism.

The documentary “Woman in Motion: Nichelle Nichols, Star Trek and the Remaking of NASA” (2021, not rated) chronicles how the “Star Trek” actress pioneered the NASA recruiting program to bring women and people of color into the space agency.

“Meerkat Manor: Rise of the Dynasty” (not rated), narrated by Bill Nighy, follows three families of meerkats who are descendants of the legendary meerkat matriarch, Flower.

“The Syndicate: Double or Nothing” (not rated) is the fourth series of the British drama about people whose lives are turned upside down after winning the lottery.

A retired woman in the mountains investigates the deaths of local hunters in the eco-feminist thriller “Spoor” (Poland, 2017, not rated, with subtitles). Presented with a new interview with director Agnieszka Holland.

“Pride and Protest: The Films of Rob Epstein and Jeffrey Friedman” presents a collection of eight documents of LGBTQ culture from the landmark “Word Is Out: Stories of Some of Our Lives” (1977, not rated) to “Howl” (2010, R). Also new: