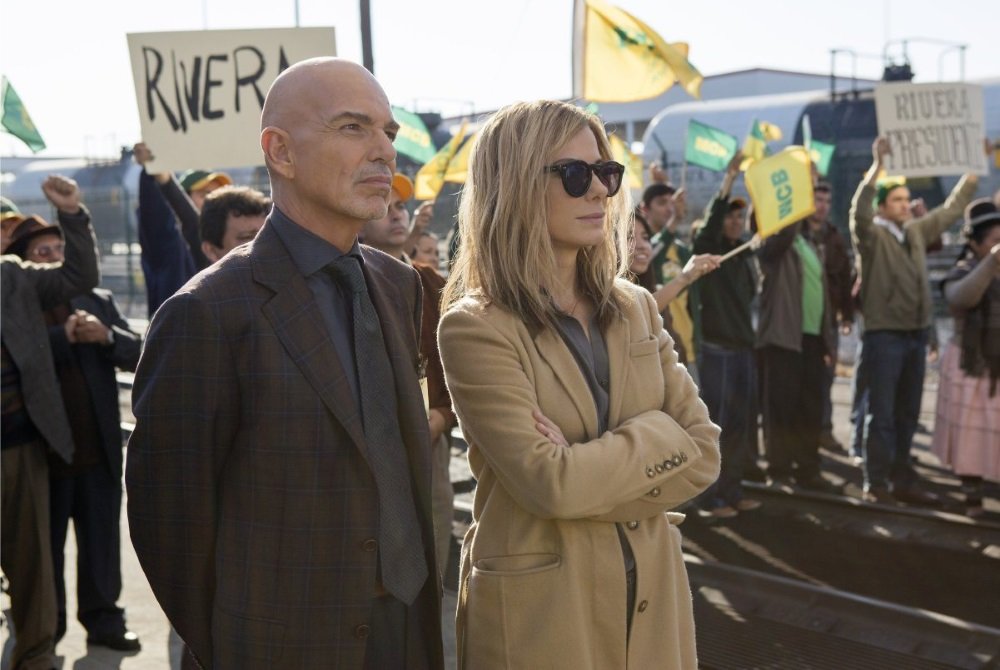 Our Brand Is Crisis (2015), inspired by the 2005 documentary of the same name, is a political satire with an engaging cast but a dull bite.

Set in the 2002, it stars Sandra Bullock as an American political consultant lured out of retirement to work on a campaign to re-elect a former Bolivian President (Joaquim de Almeida) who is unliked by the public (and for good reason). She’s a reluctant player until she finds her nemesis (Billy Bob Thornton) working for the charismatic frontrunner and declares war. There’s no commitment to a candidate or political ideals here, only the sense of politics as a game she’s determined to win.

Director David Gordon Green plays it for comedy, a multi-national satire that frames its cynicism within slapstick antics and tit-for-tat gags, and Bullock and Thornton are marvelous together, pros who treat competition as flirtation. The Americans are little better than mercenaries in a foreign war, this one waged at the ballot box, and the lightweight tone can’t support the serious issues of globalization, exploitation, and corruption of the election process behind the snappy humor and Bullock’s marvelous mess of a character. At least it bothered to carry some sort of message behind the character comedy. And given the political climate of the last decade, the message of political messaging and media manipulation is relevant.

, iTunes, GooglePlay, Vudu and/or other services. Availability may vary by service.
Our Brand Is Crisis [DVD]

Our Brand Is Crisis [Blu-ray]

Pingback: What to stream: Melissa McCarthy is 'The Boss,' Ellen Page is 'Tallulah,' Paul Verhoeven is 'Tricked' - Stream On Demand
Comments are closed.