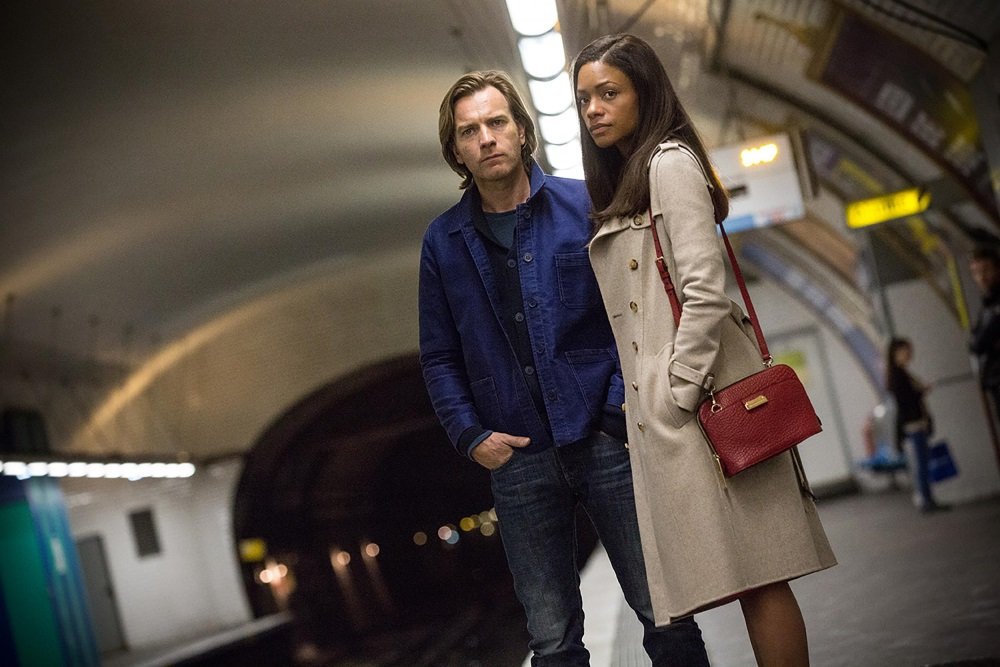 Our Kind of Traitor (2016), based on the 2010 novel by John le Carré, drops a civilian couple in the midst of international intrigue involving Russian mobsters and British Intelligence. Ewan McGregor is a professor of poetics trying to salvage a petrified romance on a vacation trip in Morocco with his girlfriend Gail (Naomie Harris), a corporate lawyer constantly juggling phone calls and deadlines.

The name of McGregor’s character is Perry Makepeace, as symbolic as they come, and when he steps in the middle of a spat between a young woman and a beefy Russian thug he attracts the attention of Dima (Stellan Skarsgård). Dima comes off as one of those boisterous, larger-than-life crime family figures—he invites Chris to knock back a few shots with his crew and later takes him into his lavish palace of a home—and then slips him a message to bring to MI6. He wants to get his family out of the reach of the mob and he’s got information to trade. Damian Lewis is the MI6 agent obsessed with stopping the Dima’s boss, a ruthless oligarch who retires his former employees permanently, but with corruption in British Intelligence so pervasive he persuades Perry and Gail to continue playing go-between, landing them in the crosshairs of the gangsters from whom Dima is trying to free his wife and gaggle of kids.

This is a simpler thriller than the other 2016 le Carré production, the TV miniseries The Night Manager, and Susanna White, a British TV veteran, matches the smaller scope with quiet, low-key direction, a spare canvas, and a palette of somber colors that leans toward the nocturnal. It’s more about the people than the politics, the information a maguffin to drive the defection caper, the thriller a crucible that bond Perry and Gail in a shared commitment to save a family they grow to care for. John le Carré’s disillusionment in government intelligence priorities and compromises is handed to Lewis’s driven agent while the civilians put a human face on the lives tangled in the spy movie plays and criminal conspiracies. There’s no righteous anger here, but there is a spark of hope.

, iTunes, GooglePlay and/or other services. Availability may vary by service.
Our Kind Of Traitor [DVD + Digital]

The DVD and Blu-ray releases include the featurettes “The Making of Our Kind of Traitor” and “The Story,” cast interviews, and deleted scenes. The Blu-ray includes a bonus Ultraviolet Digital HD copy of the film.