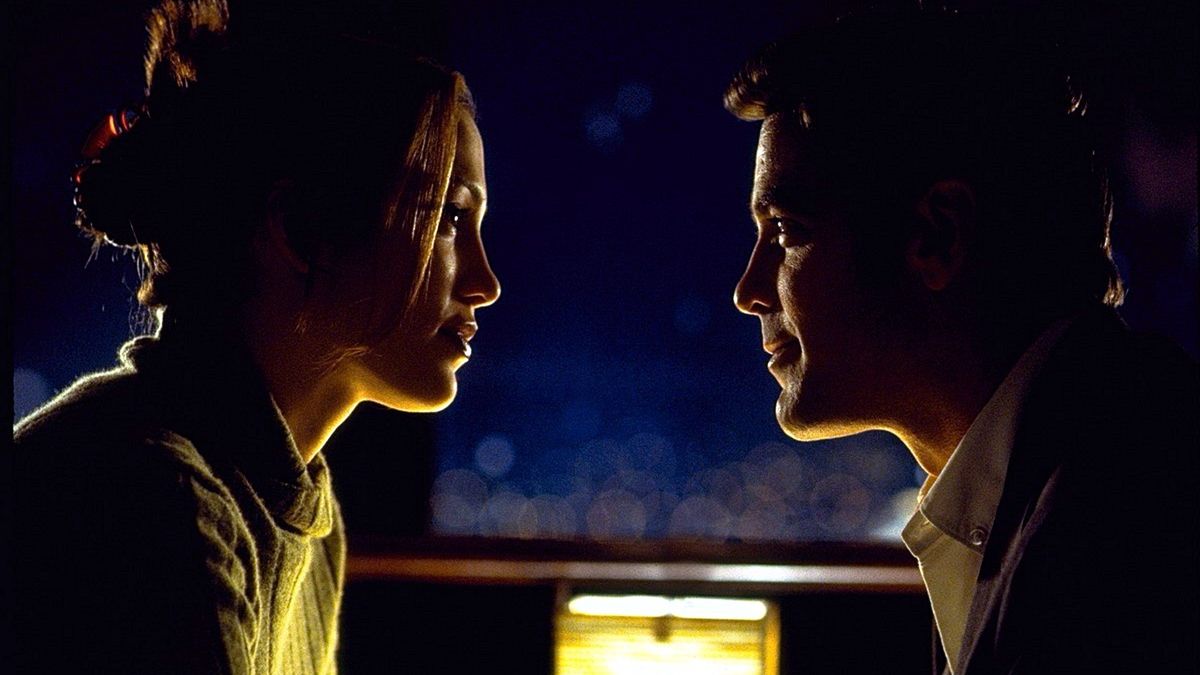 Steven Soderbergh made a reputation as an adventurous and ambitious filmmaker with his debut feature, sex, lies and videotape (1989), which helped turn the American Indie imprint into a cultural force, but it took Out of Sight (1998) to give him a sexy, fun hit.

George Clooney is sweet and personable as bank robber Jack Foley, bringing a steely confidence behind his disarming grin. Jennifer Lopez is smart, sexy, and oh so cool as Federal Marshall Karen Sisco, taking charge of practically every situation she walks into. You could say they meet cute, locked together in the trunk of a car during a prison break breakaway, but that undersells the chemistry in what turns into a dance of seduction, and the decidedly adult emotions of their tricky romance.

Scott Frank adapts Elmore Leonard’s novel and Soderbergh matches the Leonard sensibility with a style and rhythm that practically swings. The delicious dialogue suggests more than it says without lapsing into coy cuteness while his screenplay juggles parallel stories with juicy flashbacks that constantly plays with our frame of reference and our expectations. And Soderbergh guides Clooney through an old-fashioned movie star turn as the good bad boy with the heart of a romantic.

Albert Brooks shows a side he’d never before played on screen as the while collar hedge fund crook who promised Jack a job when he got out, only to renege once he’s back in his mansion, and the once vulnerable inmate proves cold blooded once he’s back out in his element. Ving Rhames and Don Cheadle play criminal compatriots who Jack enlists for his revenge and Denis Farina and Steve Zahn costar.

Out of Sight never aspires to be anything more than it is—a sexy, stylish romance wrapped in a pulp caper film—but Soderberg’s refreshingly mature take and idiosyncratic style make it the smartest, most assured example to come out in years. He delivers the best kind of pulp fiction storytelling with a grown-up romance behind the clever crime-movie conventions and a funky sensibility that is contemporary, retro, and timeless all at once.

It changed everything for Soderbergh. He reteamed with Clooney for the infectiously fun Ocean’s Eleven (2001) and two sequels (plus a production company they ran together), won an Oscar for directing Traffic (2001), and has made his name as a maverick filmmaker who brought an intelligence to a wide range of stories and genres.

Out of Sight earned Oscar nominations for Scott Frank’s screenplay adaptation and for film editing, and won best film, director, and screenplay from the National Society of Film Critics.

The Blu-ray and DVD special editions include commentary by Steven Soderbergh and screenwriter Scott Frank, a featurette, and deleted scenes among the supplements.