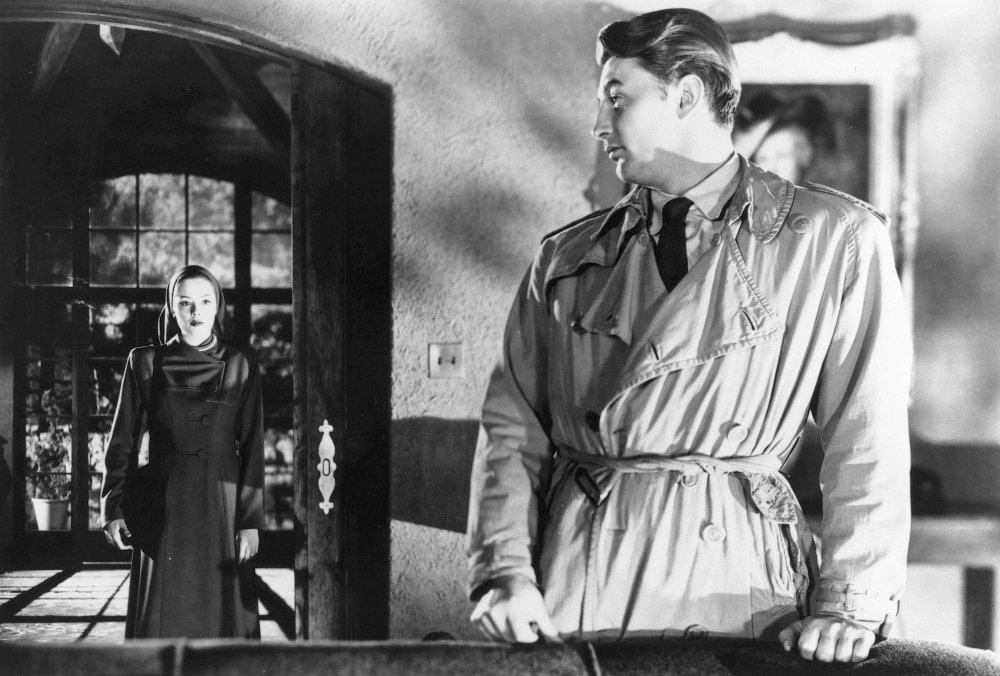 In a genre full of desperate characters scrambling and plotting to grab their slice of the American dream, Jacques Tourneur’s Out of the Past (1947) is a hard-boiled tale of betrayal with an unusually haunting quality.

Jeff Bailey (Robert Mitchum) is the classic doomed not-so-innocent of the American cinema, a former private detective whose life is forever changed when he falls in love with the wrong woman: Kathie Moffat (Jane Greer), the runaway mistress of a gangster (Kirk Douglas, all shark-like smiles). He’s been hired to get both her and the small fortune she stole back. She has other ideas and immediately seduces him, sending him on a long road to a fatal dead end.

Jacques Tourneur’s masterpiece has been called the greatest film noir of all time and I wouldn’t argue the claim. It’s certainly one of the quintessential expressions of the genre, a hard-boiled story of betrayal and revenge with its compromised PI, vindictive gangster, coldly conniving femme fatale, and flashback structure narrated by the wounded hero. It opens in an idealized rural Eden, flashes back to the corrupt city and an exotic escape south of the border, and crawls into a snake-in-Eden thriller of deception, regret, and scarred-over emotional wounds, and it’s beautifully photographed by Nicholas Musuraca, RKO’s resident expert in shadowy atmosphere and clear-eyed perceptions.

In a genre of hard shadows and stark graphic imagery, this film contrasts the dark scenes of murder and treachery with the rural escape and the wooded retreats, an ideal that is slowly corrupted when the city crooks arrive. This is one of the noir essentials and features perhaps Mitchum’s greatest role. He delivers more than merely a performance; his sleepy-eyed sneer and laconic delivery create the quintessential bad boy with a good soul and resigned acceptance of his fate. And Greer is blithely seductive as the alluring but hollow object of his obsession. “Don’t you see you’ve only me to make deals with now?”

, iTunes, GooglePlay and/or other services. Availability may vary by service.
Out of the Past [Blu-ray]

Out of the Past [DVD]

On Blu-ray from Warner Archive and DVD from Warner Home Video. The Blu-ray is a beautifully-mastered disc from an excellent source print, with no visible scratches or damage. The image is crisp and sharp and the contrasts are excellent, pulling out the details in the light and in the shadows. It features the commentary track by film noir expert James Ursini recorded for the 2004 DVD release.