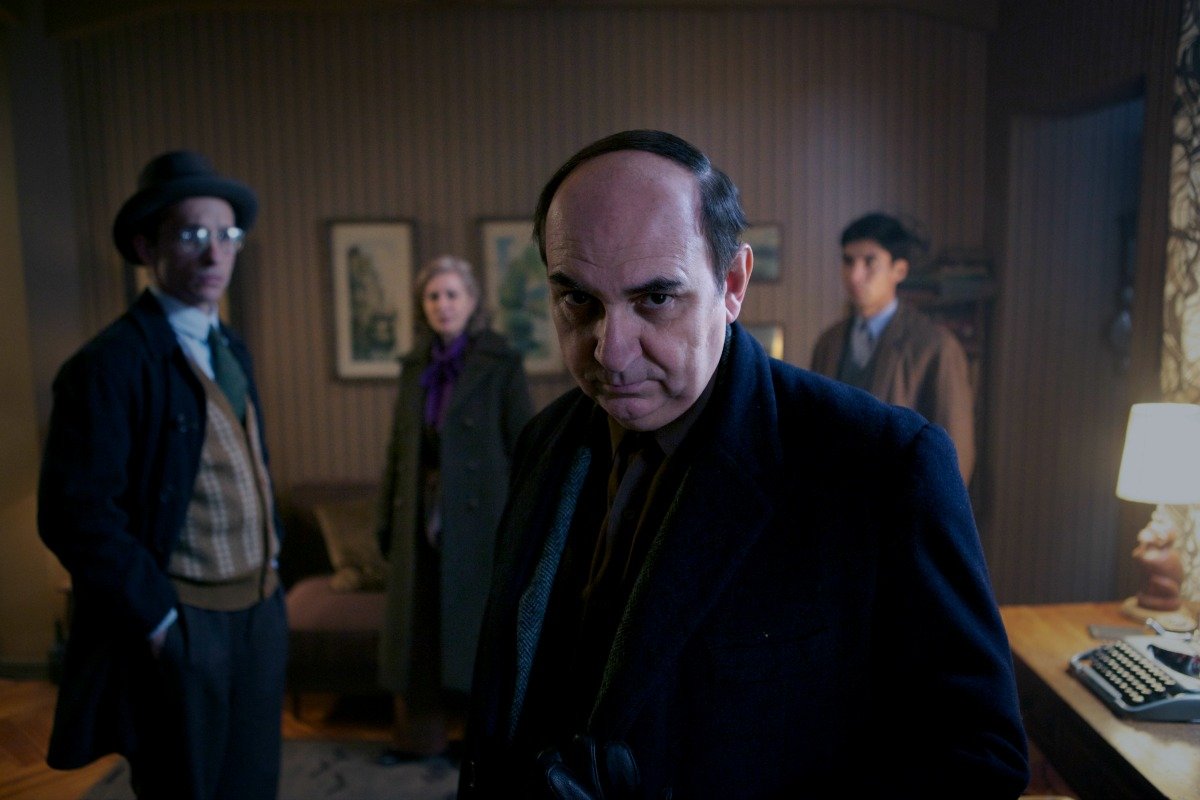 Pablo Larraín delved into the culture of Pinochet’s Chile in Tony Manero and No, and he reaches back farther to continue his exploration of Chile’s troubled past with Neruda (Chile, 2016). It’s ostensibly about Pablo Neruda, the revered poet, senator, and face of Chile’s Communist Party in the 1940s, and his flight underground and into exile after the government started imprisoning Communist Party members, union leaders, and protesters, and it takes plenty of poetic license applied to history. You could say it’s about history and public perception. Call it Larraín’s Citizen Kane, the story of a man’s life as understood through the stories surround him and the power that such stories and perceptions have. As such, it’s a film about storytelling and cultural mythmaking as shaped by Neruda (played by Luis Gnecco as an artist and social bon vivant embracing bourgeois privilege while playing the voice of the proletariat in public) and narrated by his nemesis.

Gael García Bernal is Police Prefect Óscar Peluchonneau, assigned by the president to arrest and, more importantly, discredit Neruda in the eyes of the adoring public. The bastard son of a government official and a prostitute who managed to secure his father’s name and leverage it into power, he’s the warped reflection peasant-born poet Neruda. And in addition to being a narrative device that marries pulp fiction and philosophical commentary, he’s a complete fiction, a character created by Larraín and perhaps also created by Neruda himself, a poet who carries around paperback detective novels and leaves them behind for his pursuers whenever he flees another safe house.

Neruda imagines himself the hero of his own adventure—the heroic martyr on the run from a corrupt cop—and he needs a villain to give his escape the proper sense of drama. Curiously enough, so does Peluchonneau, whose self-aggrandizing narration deflates the grandiose pose of Neruda, puncturing his pretensions of proletariat ideals with digs at his lavish lifestyle and his taste for young prostitutes. He builds himself up as the story’s hero, the brilliant detective who cuts through the politics and sees through Neruda’s games, yet still manages to be a beat behind his quarry.

Larraín’s direction and lush images play up the mythopoetic angle. Political debates are played out in a montage that sets the silhouettes of the speakers against grandiose locations, Neruda’s escape through a succession of safe houses has the shadowy atmosphere and slashes of light out of a film noir, his flight through the Andes evoke a muscular frontier adventure. One scene after another is heavily backlit, the figures dark shapes in front of a bright backdrop that blows out the image or a bright light that flares in the lens.

Through it all, Larraín undercuts the pretensions with reminders of the reality behind the theater with Peluchonneau’s barbed (yet woefully un-self-aware) commentary and glimpses of the heroes fumbling and stumbling through their imagined heroics. The gaffes and stumbles and failures are for the audience, a reminder that there are people behind the myth. The myth remains eternal, given life by art and by faith in our heroes. In other words: print the legend.