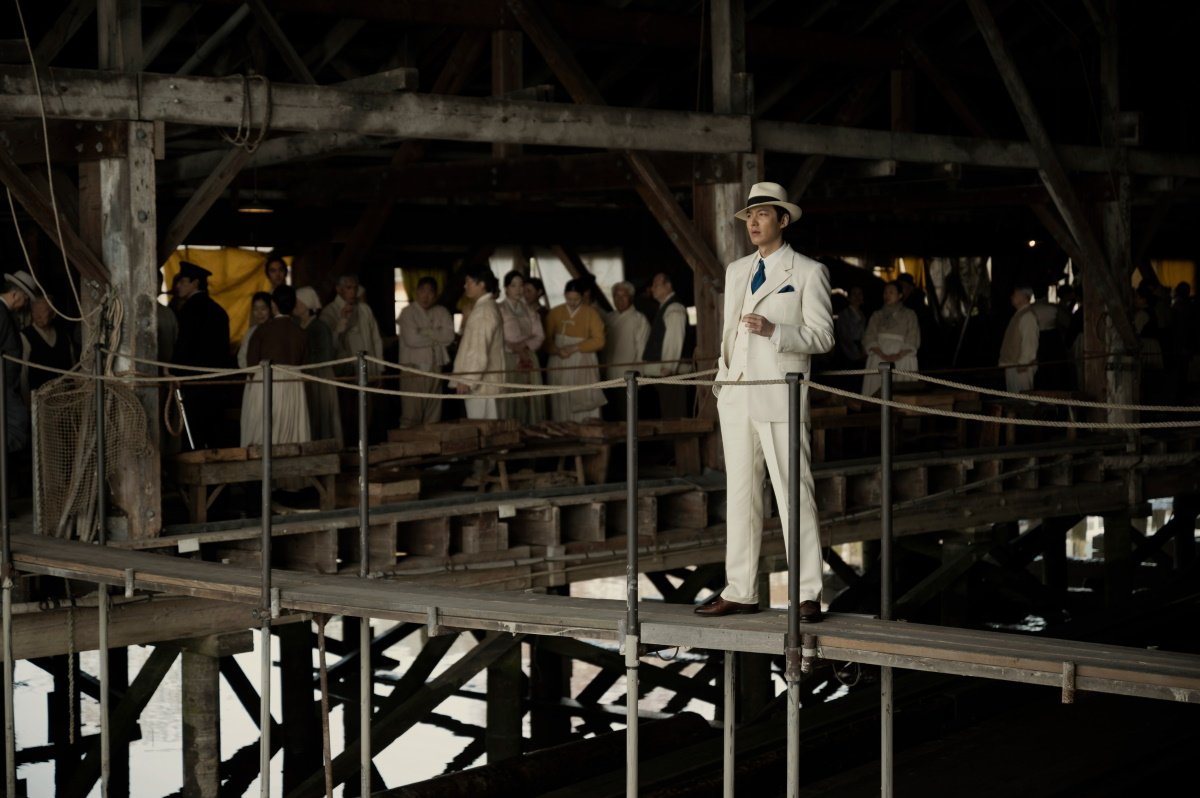 Humanity is under attack from an alien threat known as the Covenant in “Halo: Season 1” (not rated), a lavish science fiction series set in the 26th-century universe created in the original 2001 “Halo” video game. The violent action thriller stars Pablo Schreiber, Natascha McElhone, Bokeem Woodbine, and Jen Taylor, reprising her role as the voice of the AI from the video games. New episodes on Thursdays. (Paramount+)

Will Smith stars as the father of Venus and Serena Williams in “King Richard” (2021, PG-13), an Oscar-nominated drama based on the complicated early life of the tennis champions and the father who drove them to success. It also earned nominations for Smith and costar Aunjanue Ellis and for its screenplay. (HBO Max)

Guy Ritchie’s “Wrath of Man” (2021, R), starring Jason Statham as a security guard with a personal agenda, is a violent, action-strewn revenge thriller woven through an elaborate heist scheme. (Hulu and Peacock)

Netflix announced that it is going to start cracking down on password sharing between separate households and has plans to offer new tiers that include additional households. So far it’s just an announcement, but it is currently being rolled out in other countries and could be coming stateside soon.

Amazon purchased MGM, which comes with the rights to thousands of movies (including the James Bond and “Rocky” series) and the potential to spinoff new movies and shows from existing MGM properties. Nothing will happen immediately, but a number of movies and shows may one day become exclusive to Prime Video.

International TV: a high school teacher is suddenly elevated to the presidency in the political satire “Servant of the People: Season 1“ (Ukraine, 2015, TV-14, with subtitles), the show that elevated its star Volodymyr Zelenskyy to the presidency of Ukraine in real life.

The limited series “Have You Seen This Man?“ (not rated) is a true crime documentary about the search for John Ruffo, who disappeared after being convicted of fraud and spent 24 years on the run.

“Step Into the Movies with Derek & Julianne Hough“ (TV-PG) features the award-winning dancers and choreographers recreating the great dance numbers from iconic movies.

True stories: “The Jesus Music“ (2021. PG-13) looks at the origins and evolution of Christian Contemporary music and “Captains of Za’atari“ (Jordan, 2021, not rated, with subtitles) profiles two best friends in a refugee camp in Jordan with dreams of becoming professional football players.

Flashback to 1982 in “Summer Days, Summer Nights“ (2021, TV-MA), a coming of age drama set on the Long Island beach from director Ed Burns. (Hulu and Paramount+)

The Emmy-winning Canadian youth drama “Degrassi: The Next Generation“ (2001-2015, TV-PG) is one of the great shows about teenage issues. All fourteen seasons are now streaming.

The documentary “Olivia Rodrigo: driving home 2 u” (not rated) profiles the Grammy-nominated singer-songwriter.

All six Marvel superhero shows originally created for Netflix have a new home.

Ten women compete to join Lizzo on her world tour in the unscripted series “Lizzo’s Watch Out for the Big Grrrls: Season 1“ (2022, TV-14).

The fourth season of “Good Karma Hospital“ (not rated), the light British medical drama set in India, begins with new episodes on Mondays.

“Arrebato“ (Spain, 1979, not rated, with subtitles), the cult psychodrama of counterculture cinema from underground filmmaker Iván Zulueta, was unavailable until a restoration in 2021. Pedro Almodóvar calls it “an absolute modern classic.”

“Queersighted: Stage to Screen” spotlights eight queer or queer-coded films adapted from the stage, including “Suddenly, Last Summer“ (1959) with Elizabeth Taylor, Montgomery Clift, and Katharine Hepburn, based on the Tennessee Williams play;