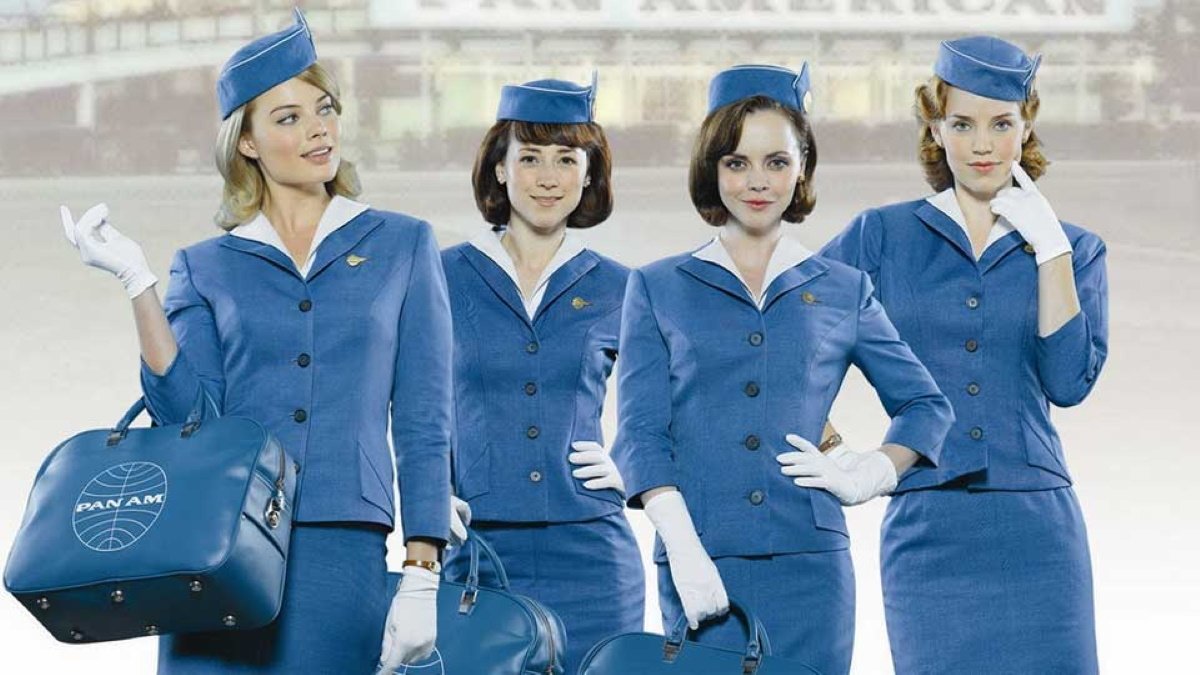 In the wake of the creative and commercial success in period pieces kicked off by Mad Men and Boardwalk Empire, TV networks attempted to make their own retro shows steeped in period fashion and social clichés. Most of them were disappointments steeped in cliché.

Pan Am: The Complete Series (2011-2012), set in the early sixties, takes on the romance of the world travelers as global travel opened up to Americans of all classed. Built around a quartet of young stewardesses who find a freedom that other career simply don’t offer, it is as good as any network attempt to create a relevant and entertaining show set in our cultural past, and better than most in its day. But while it trumps cable when it comes to fashion and spectacle and visual recreations of the era, it never quite gauges the difference between historical reference and social commentary.

Christina Ricci is the ostensible lead, playing a smart, tart, rebellious young woman who likes to push the boundaries of proper feminine behavior in the unforgiving corporate culture where appearances are everything. The producers, however, don’t find much for her to do in the series, at least until she becomes inadvertently tied in with a pilot running contraband on his flights. They show ends up giving the more interesting storylines to her co-stars.

Kelli Garner is a toughened veteran who speaks multiple languages and is recruited as a courier for the CIA in the heat of Cold War espionage. Future movie star Margot Robbie made her American debut as Garner’s younger sister, an idealistic Marilyn-esque beauty who stumbles into inadvertent fame as a Life magazine cover girl and ends up in the New York art scene by the final episodes. Karine Vanasse is the French stewardess, lending the show a cosmopolitan air and providing the romantic melodrama as she falls for a heartbroken pilot.

There are also some pilots (Michael Mosley and Mike Vogel) and love interests (including E.R.‘s Goran Visnjic as a Soviet bloc activist), but I give the show some credit for foregrounding the women’s stories, even when it tips into romantic wooziness, obvious bathos, and spy movie complications. The world-traveling storyline provides some gorgeous locations, the evocation of the era is terrific, and it’s a terrific fashion show of period style. Unfortunately, the writing never quite rises above nighttime soap opera and the historical backdrop is never mined for much more than the obvious. There’s not much subtext here, but it was a handsome show and sometimes it was a lot of fun.

It lasted for a single season, 14 episodes in all.

Add to My List on AMC+ or on Sundance Now

Also on Blu-ray and DVD and on SVOD through Amazon Video, iTunes, GooglePlay, Fandango, Vudu and/or other services. Availability may vary by service.
Pan Am – The Complete Series [DVD]

The DVD includes five short “The Real Stewardesses of Pan Am” promotional featurettes.