There’s a more complicated explanation for the term, but when you comes right down to it, Pandorum (2009) is just another word for space madness.

An engineer (Ben Foster) and a pilot (Dennis Quaid) are roused from prolonged sleep on an interstellar ark to find the ship unmanned and the corridors roaming with mutant cannibals. Or rather, Foster finds out when he squeezes through the ventilation shaft (really? even deep space freighters have air ducts big enough to crawl through?) and drops into a jungle of sheet-metal trails and cargo bay caves and wary human warriors. Quaid, the space veteran, stays behind to radio directions and face down another mad crewman (Cam Gigandet).

It’s basically a zombie movie set-up on an industrial spaceship, a fast-moving B-movie that throws out lots of theories that don’t stand up to the light of reason and then moves on to the next chase and feeding frenzy by the mutant hordes. The backstory has been reduced to a kind of myth carved into a wall like hieroglyphics and narrated by an old coot of a survivor, which adds a nice touch of primitive myth-telling to the story while no making a lick of sense (seriously, it’s not like there’s been a culture to actually pass the stories down), and there are some surprise revelations along the way that completely redefine their situation. And yes, there’s even a quasi-romance of sorts with a female survivor (Antje Traue) who transformed herself from botany officer to warrior woman.

The American/German co-production was shot entirely on dark, claustrophobic sets in a Berlin studio with a German director (Christian Alvart) and international cast. I can’t say it’s particularly good, but it’s kind of gnarly and has found a small cult of fans who like their science fiction dark and feral.

, iTunes, GooglePlay and/or other services. Availability may vary by service.
Pandorum [Blu-ray]

The Blu-ray and DVD editions from Anchor Bay feature commentary by director Christian Alvart and producer Jeremy Bolt, a conventional making-of featurette where everyone praises everyone else, deleted and alternated scenes and a somewhat shabbily-tossed together short film that ostensibly shows what happened to the team in the botanical bay, among the supplements. The Blu-ray edition features a digital copy of the film for portable media players. 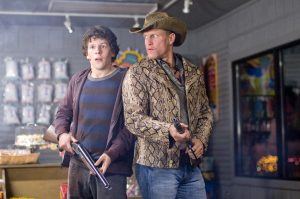 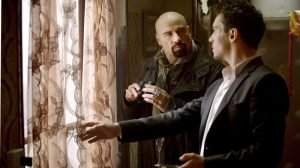 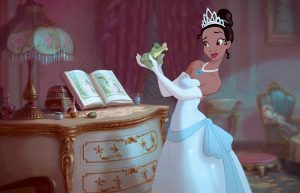