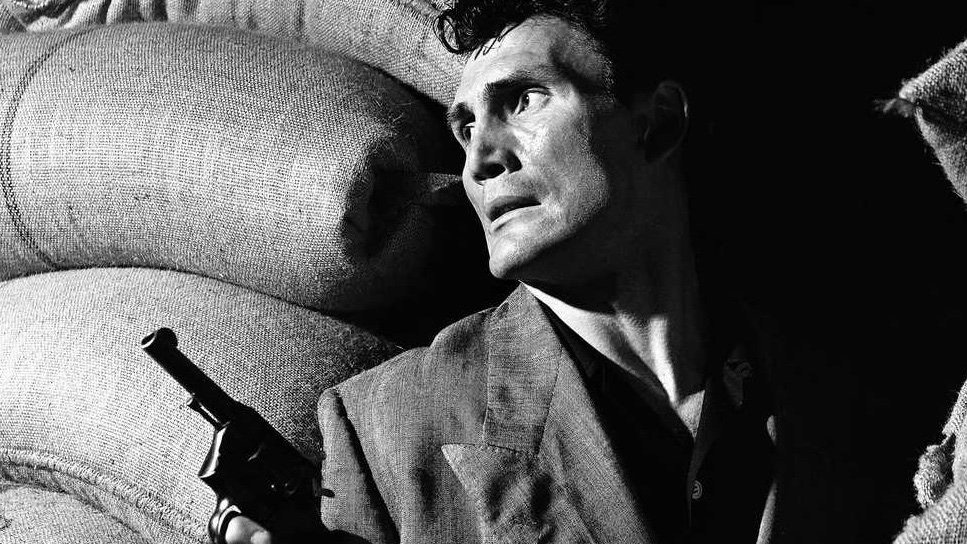 Panic in the Streets (1950), directed by Oscar-winning filmmaker Elia Kazan, transforms a murder mystery into an unusual film noir thriller.

The hunt for a murderer takes on a deadly urgency after the victim, an illegal alien, is found to be infected with a virulent strain of the bubonic plague. Richard Widmark is the Public Health Services official who takes on the investigation when the police show little interest, and he has a 48-hour deadline before the killers will become infectious and could start an epidemic.

Kazan makes great use of the New Orleans locations and atmosphere and takes the viewer into seedier parts of the city than usually seen in Hollywood films set in the city. Widmark is well cast as the tenacious hero, whose urgency communicates the potential disaster of plague in a city like New Orleans, and Kazan gets excellent performances from Jack Palance and Zero Mostel as the sweaty small-time crooks on the run.

The black-and-white film presents a rather predatory portrait of the New Orleans underworld and, of course, the theme of contagion is relevant once again. Paul Douglas plays the gruff police captain who grudgingly helps in the search and Barbara Bel Geddes and Tommy Cook costar.

It won an Academy Award for its original story and Elia Kazan won the International Award at the Venice Film Festival.