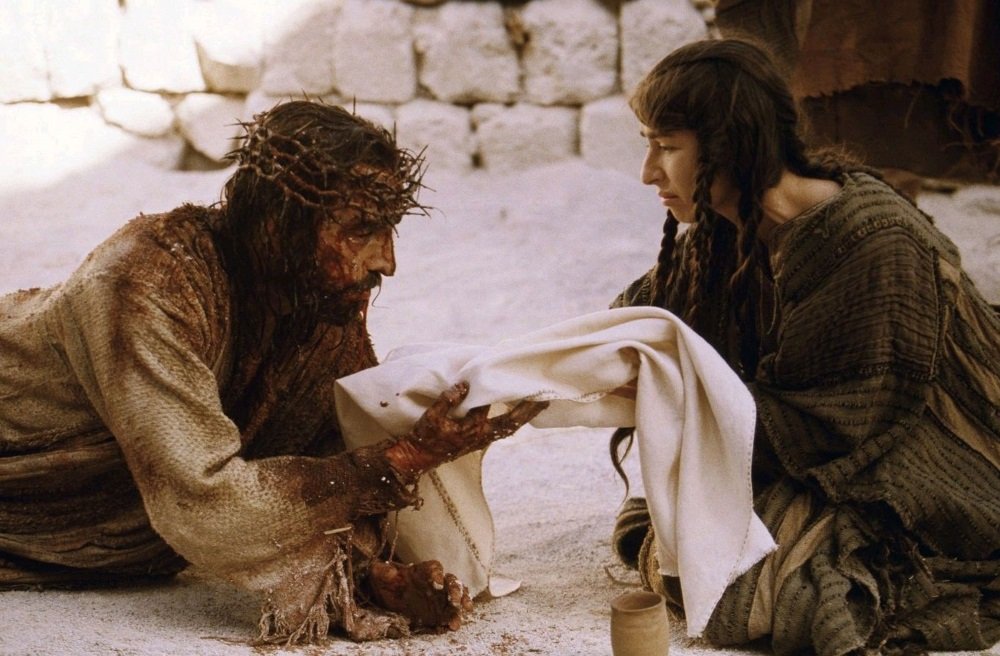 The Passion of the Christ (2004), Mel Gibson’s passionate, personal, and visceral take on the final twelve hours of Christ’s life on Earth is, in its own way, as controversial as Martin Scorsese’s adaptation of Nikos Kazantzakis’ The Last Temptation of Christ.

Taking the Gospels as his source, Gibson creates his own cinematic version of the Passion Play, with James Caviezel as the tormented but unbending Jesus and Monica Bellucci as a vision of grace as the Magdalene. Little time is spent on his teachings; the film is dedicated to revealing the trial of his suffering in graphic detail, which Gibson apparently finds more important than Christ’s lessons and philosophy. Unbearably violence and gory and bordering on sadistic fetishism, it is more graphic than a slasher movie, yet shot with a beatific beauty. It is perhaps testament to the material that the film can be read both as a literal illustration of the story of Christ’s suffering at the hands of the Romans, betrayed by the threatened Rabbis of his own people, and an anti-authoritarian tract that questions the very assumptions of guilt and blame that many take for granted the film shares.

Gibson’s film decries the corruption of religion by a church willing to sacrifice moral authority to hold onto power, shows the dangers of mixing politics and religion (clearly it is the state sanctioning of political persecution that allows Christ’s suffering and murders the God on Earth), and reveals the brutality of a church where women are merely voiceless, powerless, silent bystanders who offer comfort to the victims of violence perpetrated by men in the name of politics, power, religion. Whether this was his intention is unclear, but it’s all up there on the screen, between the blooded and flayed flesh.

Maybe not a Happy Easter film but certainly a powerful and memorable one.

In Aramaic, Latin, and Hebrew with English subtitles

Add to Amazon Prime Watchlist or watch free on Kanopy or on Hoopla, which is available through most public and college library systems.