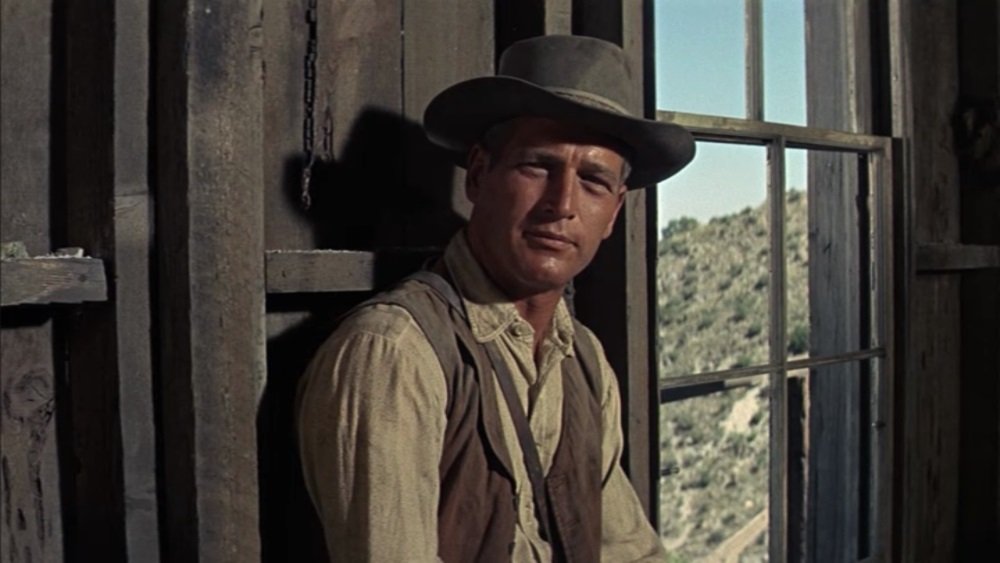 Hombre (1967), adapted from the novel by Elmore Leonard, plays as a ruthless, revisionist take on Stagecoach.

Paul Newman is the blue eyed “savage,” a white man raised by the Indians who rejects so-called civilized society for his spiritual family, who has chosen to go native rather than live in the lies and corruption of the white world. Not exactly Grand Hotel on wheels, the hypocrites, crooks, and racists he travels with cast him out of their polite company in the coach, then turn to him for salvation when a gang of outlaws (led by a wolfish Richard Boone) holds up the stage and hunt them through the desert.

It’s hard to “like” Newman’s cold, hard survivor, but you can’t help but respect his cunning and his unsentimental directness. Fredric March is sweaty with corruption as a crooked Indian Agent and Boone smiles his deadly charm as a lusty bad man.

Director Martin Ritt and star Paul Newman collaborated on some fine films, among them The Long, Hot Summer and Hud, and this is one counts among their best. Its social politics are hardly subtle, but the building tension and the arid, barren landscape make it a vivid western. While this 1966 western wears its social politics on its dusty sleeves, Ritt tempers the revisionist moral of the tale with a stripped down ruthlessness befitting the rugged, unforgiving landscape.