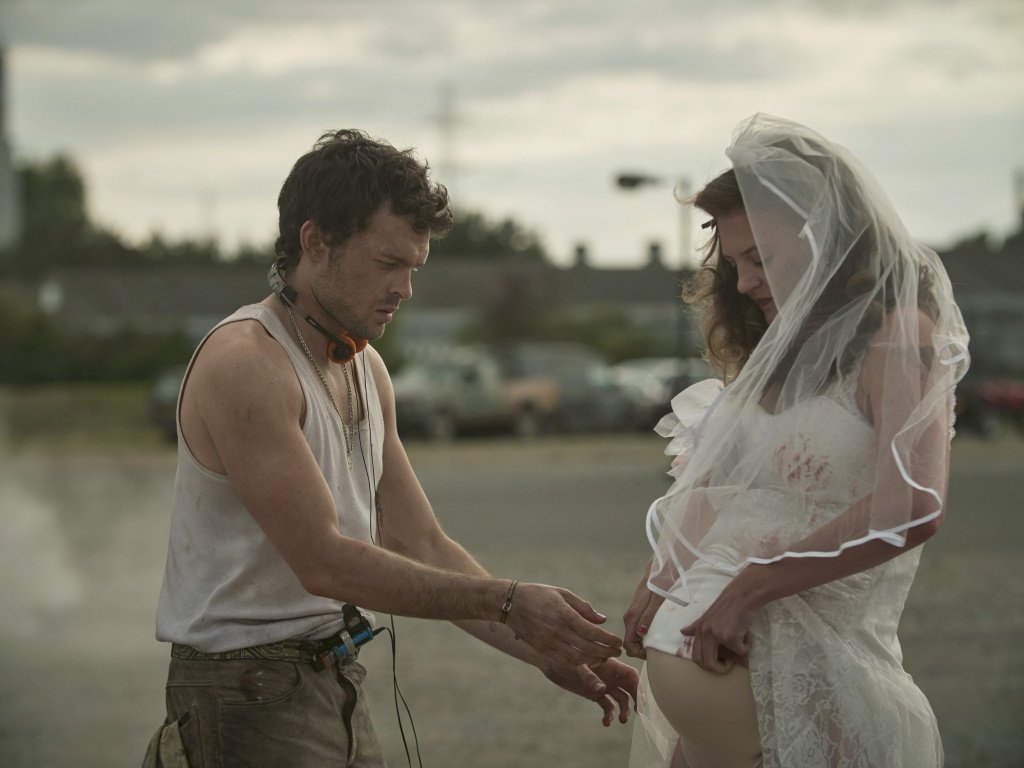 Peacock, the new streaming service from NBC Universal previously available solely to Comcast customers, launches wide for everyone this week with a mix of original programs, hit movies and Hollywood classics, and popular TV shows from the past 40 years, in addition to NBC late night talk shows (made available three hours earlier than cable) and news programming.

The big marquee original show available at launch in “Brave New World” (TV-MA), a dystopian science fiction drama based on the Aldous Huxley novel and produced by Steven Spielberg’s Amblin Entertainment. Set in a future where there is no privacy, no monogamy, no children, and a strict class system, it follows a “savage” (Alden Ehrenreich) who is brought to the modern world of New London from the chaotic, lawless lands of North America. Jessica Brown Findlay and Harold Lloyd costar as the New London citizens who are inspired by John (Ehrenreich) to turn away from the mood stabilizing drugs passes around like breath mints and embrace the emotions that society deems unproductive. Huxley’s novel was alarmingly prescient, anticipating a plugged-in world where every social action is shared and genetic engineering, among other things, and the show hasn’t much new to add that hasn’t already been explored in so many other science fiction movies and TV shows, but it is engaging. 9 episodes available.

In a departure from rival streaming services, viewers can get a free version with ads and limited programming or subscribe to the expanded Premium version with ads ($5/month) or without ($10/month). Xfinity customers get an even better deal. Peacock will be available through Apple and Android systems, plus Xbox and some smart TVs, but is not yet available on Roku or Amazon Fire devices.

“Cursed: Season 1” (not rated), adapted from the illustrated young adult novel by Frank Miller and Tom Wheeler, is a new take on the legend of King Arthur, this time from the perspective of a young woman who will become the Lady of the Lake. Katherine Langford stars with Gustaf Skarsgård, Peter Mullan, and Devon Terrell as the young Arthur (Netflix).

“SNL” alum Sasheer Zamata stars in “The Weekend” (2019, R), a romantic comedy about a struggling comedian whose vacation is complicated by the arrival of her ex (Tone Bell) and his new girlfriend (Amazon Prime Video and Hulu).

A young woman (Otmara Marrero) recovers from being jilted with a trip to a remote cabin in “Clementine” (2020, not rated), a dreamy romantic drama with an edge of psychological thriller.

Debuting direct to VOD is “Dirt Music” (2020, not rated), a romantic drama with Kelly Macdonald and Garrett Hedlund in the landscape of Western Australia, and “The Painted Bird” (Czech Republic, 2019, not rated, with subtitles), a savage, grueling Holocaust drama featuring Harvey Keitel and Stellan Skarsgard that polarized audiences at the 2019 Venice Film Festival.

A married woman (Nia Long) has a fling with an old friend (Omar Epps) in the feature thriller “Fatal Affair” (2020, not rated), which debuts directly to Netflix.

True stories: the limited series “The Business of Drugs” (2020, not rated) looks at the complicated economics of six illicit substances. Also new is the documentary “Father Soldier Son” (2020, R), which follows the journey of a wounded serviceman and single father to reconcile with his sons (delayed from June).

Jesse Eisenberg and Imogen Poots are a couple literally trapped in a suburban community of identical houses and streets in the surreal mystery “Vivarium” (2020, R).

“Absentia: Season 3” takes the journey of a traumatized FBI agent (Stana Katic) in a new direction.

A collection of Hollywood classics from producer Samuel Goldwyn is new this month, including 19th century drama “Barbary Coast” (1935) with Miriam Hopkins and Edward G. Robinson;

“The Rest of Us” (2019, not rated) stars Heather Graham and Jodi Balfour as single mothers left behind (in different ways) by the same man.

Reality series “The House of Ho: Season 1” (2020, not rated) follows the Vietnam-American family that became an immigrant success story.

The drama “P-Valley: Season 1” (TV-MA) follows the lives of women working at a strip club in a small Mississippi Delta town, turning the genre around to see the work from their perspective. It’s created by playwright Katori Hall and features a slate of women directors. New episodes each Sunday.

A wealthy couple trying to have a baby hires a surrogate with a shadow past in the Scottish thriller “The Nest: Season 1” (not rated). Two episodes available; new episodes Monday nights.

Laura Carmichael and Jessica De Gouw are both pregnant women with explosive secrets in the Australian thriller “The Secrets She Keeps: Season 1“ (not rated).

The 18-film collection “Marriage Stories” takes on troubled unions from Ida Lupino’s unexpectedly sympathetic “The Bigamist” (1953) and the toxic “Who’s Afraid of Virginia Woolf?” (1966) with Elizabeth Taylor and Richard Burton to Ingmar Bergman’s landmark “Scenes from a Marriage” (Sweden, 1973, PG, with subtitles) in both theatrical and longer TV miniseries versions and the Oscar-winning “A Separation” (Iran, 2011, not rated, with subtitles) from Asghar Farhadi. Also new: