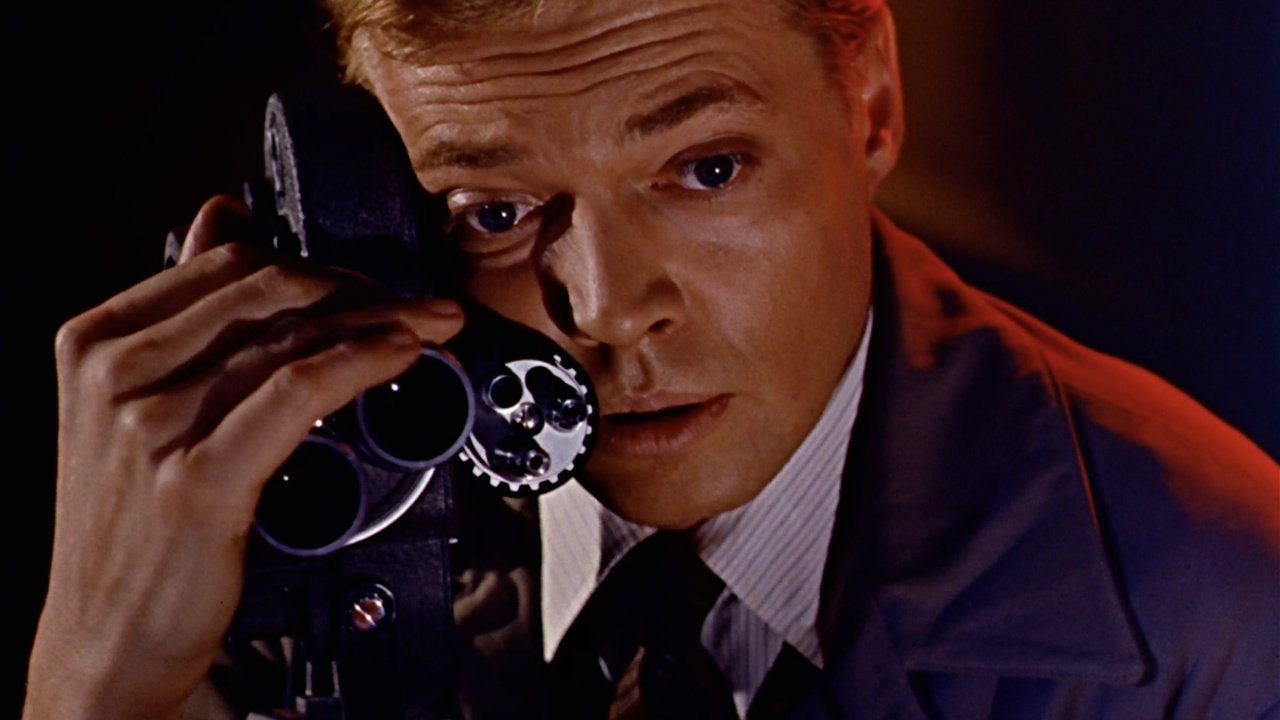 Handsome young Karlheinz Böhm (billed as Carl Boehm) is Mark Lewis, a shy, socially clumsy young man shaped by the psychic scars of an emotionally abusive parent, in this case a psychologist father (Michael Powell in a perverse cameo) who subjected his son to nightmarish experiments in fear and recorded every interaction with a movie camera. Now Mark continues his father’s work, sadistically killing young women and filming their final, terrified moments for his definitive documentary on fear.

Set in contemporary London, which Powell evokes in a lush, colorful seediness, this film presents Mark as much victim as villain and implicates the audience in his scopophilic activities as we become the spectators to his snuff film screenings. Comparisons to Hitchcock’s Psycho, released the same year, are inevitable.

Powell’s film was reviled upon release and it practically destroyed his career, ironic in light of the acclaim and success that greeted Psycho, but Powell’s picture hit a little too close to home with its urban setting, full color photography, documentary techniques, and especially its uneasy connections between sex, violence, and the cinema. We can thank Martin Scorsese for sponsoring its 1979 re-release, which presented the complete, uncut version to appreciative American audiences for the first time.

This powerfully perverse film was years ahead of its time and remains one of the most disturbing and psychologically complex horror films ever made.

Add to Amazon Prime Watchlist or to My List on Criterion Channel, or watch for free on Hoopla, which is available through most public and college library systems

Criterion’s special edition DVD features commentary by film theorist Laura Mulvey, who mixes production history with sharp observations and smart (if at times scholarly) interpretation, and a fine 50 minute documentary about the film’s reception and the career of screenwriter Leo Marks (who was a WWII codebreaker).