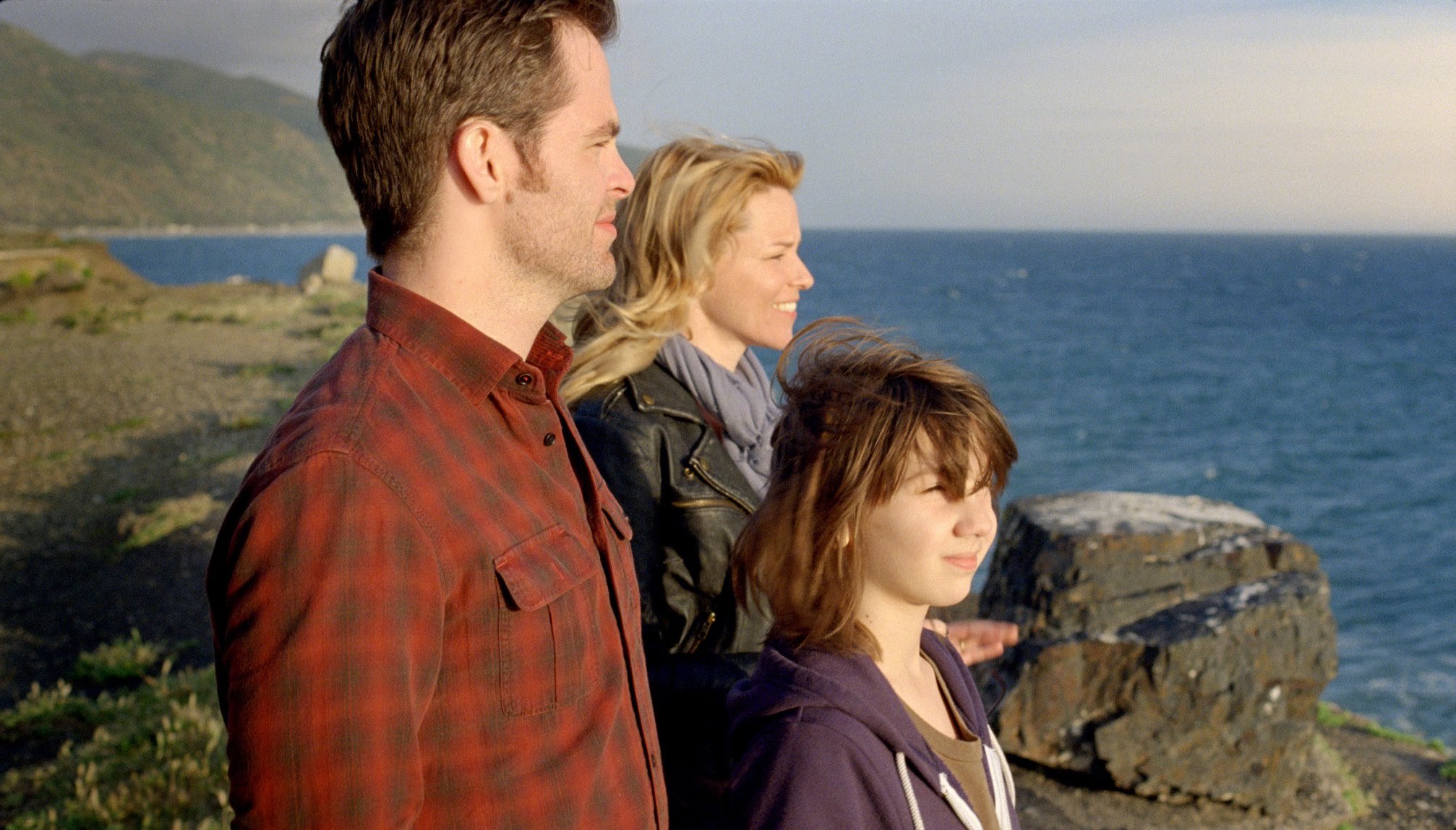 People Like Us (2012), a based-on-a-true-story family drama, offers some touching moments between the Hollywood contrivances and some moving moments that remind us of the power of family ties.

Chris Pine stars as Sam, an amoral wheeler dealer in financial straits who has to be pushed by his girlfriend (a terribly underserved Olivia Wilde) to fly out to attend his father’s funeral. Sam basically fled his music producer father, who was emotionally distant and withdrawn, and Sam seems headed down the same road when he learns a family secret: a half-sister, Frankie (Elizabeth Banks), he never knew existed. She’s a struggling mother of a very creative and somewhat angry young son (Michael Hall D’Addario) and Sam is handed instructions to give them some of the cash that our tarnished golden boy can really use. So Sam, out of curiosity, looks them up and ends up becoming a part of their lives without actually telling them who he really is.

First-time director Alex Kurtzman, who scripts with long-time writing and producing partner Roberto Orci (they help create Fringe and wrote Transformers and a couple of Star Trek movies), piles on complications where simplicity could have been more effective but the strength of the characters and relationships holds it together beyond the Hollywood contrivances.

, iTunes, GooglePlay and/or other services. Availability may vary by service.
People Like Us [Blu-ray]