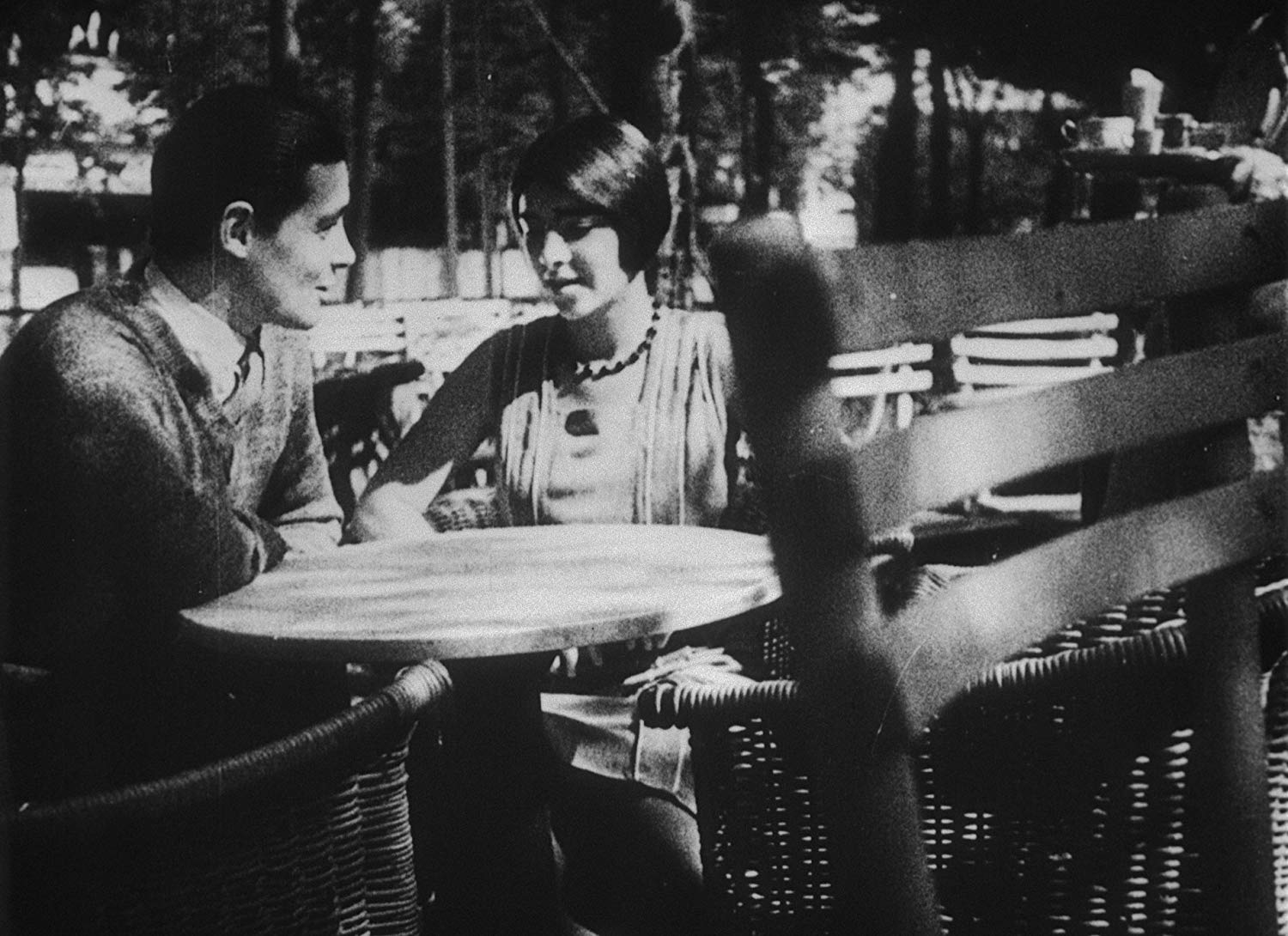 The premise is simplicity itself: five young Berliners, all young and attractive, meet up for a jaunt to the country. (Well, four of them do, anyway; a fifth ends up sleeping the day away.) Cast with non-professionals, all playing characters ensconced in the performers’ real-life jobs, and shot with minimal equipment on the streets and in the parks of Berlin and Wannsee, it follows their flirtations and fun as they swim, picnic, nap, canoodle, stroll through the woods, and listen to records on their portable Victrola. Between sequences the camera surveys the crowds of like-minded folks also enjoying their Sunday away.

Though this is the debut of co-directors Robert Siodmak and Edgar G. Ulmer, they show both a command of their skills and a delicacy of expression, and the light-fingered confidence and breezy elegance of the storytelling is matched by witty asides (a montage of statues is a young cinephile’s witty tribute to Eisenstein) and the gorgeous photography of Eugen Schüfftan. The mix of naturalism, visual poetry, youthful energy and frisky sexuality of a canoodling romantic triangle is really quite irresistible.

This presentation is beautifully mastered from a 1997 reconstruction and restoration. It’s the most complete version in the world (though still a few hundred feet short of its original release, according film restorer Martin Koerber) and a fine-looking presentation that captures just what a lovely, lyrical film it was upon its original release. It features a bouncy, swinging silent-era-style score compiled and performed by the Mont Alto Orchestra.

, iTunes, GooglePlay and/or other services. Availability may vary by service.
People on Sunday (The Criterion Collection) [Blu-ray]

The half-hour documentary Weekend am Wannsee is a 2000 production that chronicles the reconstruction of the film as it explores its production and legacy and includes interviews with co-star Brigitte Borchert and scenarist Kurt Siodmak, both in their nineties but full of remembrances. Also features the 1931 short film Ins Blaue hinein directed by Eugen Schüfftan and a booklet with featuring a new essay by film scholar Noah Isenberg and excerpts from writings by scriptwriter Billy Wilder and director Robert Siodmak recalling the film.