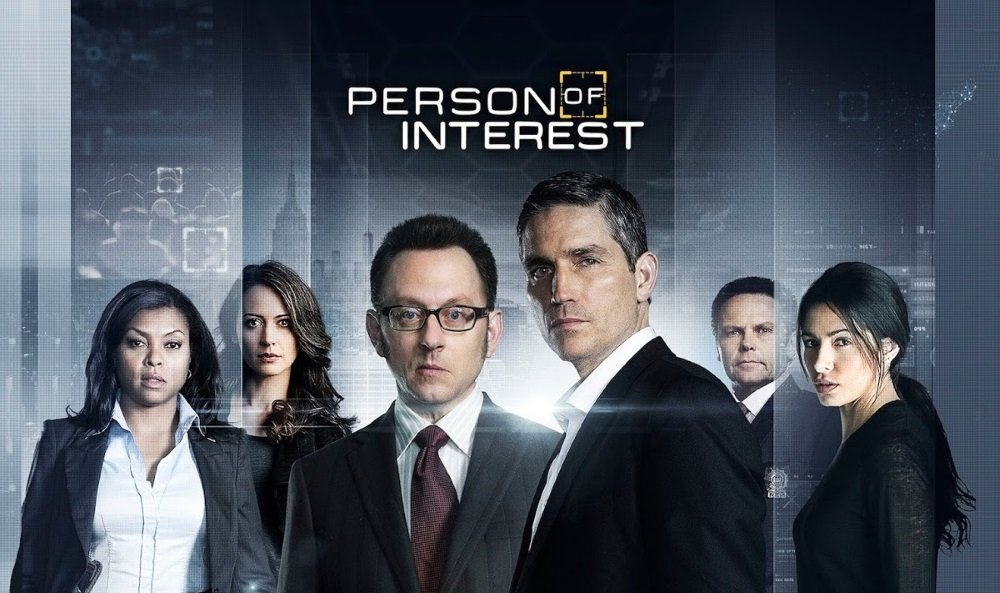 Before HBO’s Westworld, Jonathan Nolan created this network thriller built around a conspiracy and an AI surveillance system that develops a conscience.

A high-concept melding of vigilante heroes and vast conspiracies in a world of cyber-surveillance, Person of Interest (2011-2016) launched to great success in 2011 as a mystery puzzle in the modern world where big brother is watching you and a supercomputer is cross-referencing your data, but it wound down in the ratings over the years. The 13 episodes of the final, abbreviated season were essentially burned off in early summer 2016 by a network that had lost faith in the show. If you measure by ratings, it limped to its conclusion, but anyone who followed the show know that the quality never dipped, the characters only became more interesting, and the final season paid off the commitment of longtime fans.

The high-concept premise is recapped in the credits of every episode: the homeland security surveillance system keeps track of threats to national security and identifies the most immediate. Our heroes are freelance good guys who go after the smaller, personal threats ignored by the government, with nothing more than a number to go on: a person of interest, either victim or perpetrator, and they have to discover which before they can stop the crime.

Science fiction, sure, but with just enough contemporary technology and present-day paranoia to make the hook work and a small but dynamic cast of unlikely heroes to carry it through. Jim Caviezel (Jesus in The Passion of the Christ) is the intense, fiercely driven field man John Reese, a burned-out CIA special operative roused back to action by the very private computer genius named Finch (Michael Emerson of Lost), the man who built the surveillance system and a multi-millionaire with such a low profile that almost no one knows he even exists. Finch gives Reese a purpose and brings the coolly efficient field agent to life on the mean streets of New York City, where he’s kind of an incognito Batman who is not afraid to shoot the bad guys in order to save the innocent.

That’s probably no coincidence. Creator Jonathan Nolan co-wrote his brother Christopher Nolan’s Batman trilogy and puts a bit of the Gotham City corruption into his vision of modern New York, where the rot goes right to the top of the NYPD. The exception to the rule is Detective Joss Carter (Taraji P. Henson, now running her own Empire), who becomes both pursuer and wary ally of the vigilante hero (“the man in the suit,” as they call him), but the most interesting case study is the thoroughly corrupt Detective Fusco (Kevin Chapman). He’s essentially a hitman with a badge in the pilot episode, a rotten cop left alive by Reese and forced to serve as their inside man. Through the course of the season, he too finds some kind of purpose in working for the good guys.

The show finds a cozy place between the serialized storytelling of the streaming paradigm and the self-contained stories of classic crime TV. Each episode is dedicated to a single case but the backstories of Reese, Finch, and even Carter are slowly rolled out in the show’s digital flashback structure. The mystery twist is a clever touch, the ambivalent heroes are wonderfully enigmatic, and the sleek action scenes have a brutally direct punch to them. And, of course, with a surveillance system this sophisticated in play, there’s a lot of interest in getting control of this kind of power. By the end of season one, the show has its own equivalent to the comic supervillain taking on this unlikely, not entirely trusting team.

Season Two digs deeper into the government conspiracies, corrupt police officials, and a renegade activist and maverick genius (Amy Acker) who wants to set the master program free, but more interesting is the bond between John and Finch, the wary relationship with their NYPD allies Carter and Fusco, and the development of the program into something resembling an artificial intelligence with a conscience. And Finch gets a dog!

Season Three adds another partner to the team (Sarah Shahi as a coolly efficient former CIA assassin), turns Root into a wary ally, and most dramatically kills off a trusted and beloved ally, a loss that sends the reliable Reese into a dramatic tailspin. This season expands the surveillance conspiracy aspect of the series by introducing a second system—Samaritan—controlled by a shadowy international organization and sold to the American government by engineering and elaborate terrorist plot. Fusco winds up swept to the fringes of most episodes but he takes the lead in coaxing Reese back to the team in one of his finest hours.

Season Four sends the team underground when the government hands the surveillance state apparatus over to a Samaritan, which is run by what is essentially a secret society in the guise of a multinational corporation. They target our heroes for execution to clear the way for a radical social experiment. In the midst of this, they take on a rising criminal ganglord (an unexpectedly fascinating storyline) and search for colleague who may be a prisoner of the new security group.

The fifth and final season brings is all to a satisfying end as they try to save what’s left of “the machine” and protect it from the all-powerful Samaritan. Not everyone survives the season and the willing sacrifice of members of this tight, loyal team is part of what makes the show compelling. The technological angle is terrific, serving as a science fiction parable of the potential of technology for both good and abuse, a metaphor for the surveillance society, a cautionary portrait of the ease in which privacy is invaded, and a timely reminder of the responsibility of the gatekeepers. And of course it’s a terrific narrative gimmick in one of the smartest and most cleverly constructed thrillers on TV. But the foundation of the show is its characters and the complicated, evolving relationships between the members of the team, from the unconditional devotion of Reese to Finch to the evolution of Fusco to Root’s shift from unwavering service to The Machine to a sense of responsibility to her teammates to Shaw’s unexpected story. It’s a show with a moral center that never stops questioning its own assumptions of morality.

Also on DVD and Blu-ray with loads of featurettes, interviews, and other supplements and on SVOD through Amazon Video