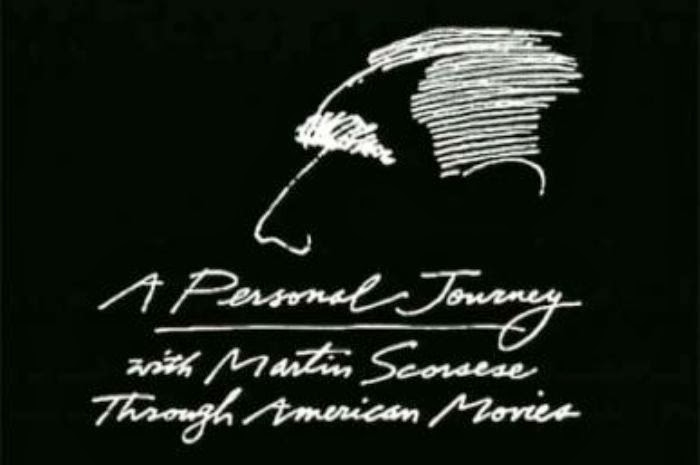 A Personal Journey with Martin Scorsese Through American Movies (1995) is both the title and the description of this idiosyncratic production made as part of the BFI’s A Century of Cinema celebration.

The assignment was to make a 52-minute program. Scorsese and his collaborator Michael Henry Wilson overshot their target length by quite a distance: the three part production runs just under four hours. And what a way to spend an evening!

Scorsese, co-writer and co-director as well as host and narrator, uses his own love of American cinema to guide his journey. Instead of a chronology or a historical checklist, he spotlight his favorite directors to illustrate his own unique groupings of film artists: the Director as Storyteller (John Ford, Raoul Walsh), as Illusionist (F.W. Murnau, Frank Borzage), as Smuggler (Douglas Sirk, Sam Fuller), and as Iconoclast (Orson Welles, Stanley Kubrick). It’s an intuitive approach and that’s part of the charm. High art and B-movies mingle as he explores how directors tell stories, express ideas, and suggest what cannot be directly shown or stated, and he traces to development of film genres through the contributions of different directors. And of course he makes it personal by reflecting on the lessons he learned as a filmmaker through watching the old masters.

A Personal Journey is the work of a cinephile and a film historian combined, informed by a deep love of cinema and fueled by passion. It’s full of film clips (with Scorsese’s commentary), interviews with major directors (many of them archival), and personal remembrances. Scorsese keeps himself under control (speaking slowly, gestures held in check, remaining seated) but his devotion is never in question, his comments, choice of clips and construction are excellent, and his excitement bring an immediacy to the films and provide a window on history. Documentaries on the cinema are a particular love of mine, and this one ranks among the finest: a stroll with Scorsese through classical Hollywood and the wonderful films and filmmakers through the years.

Stream on Kanopy, which is available through most public and college library systems.

, iTunes, GooglePlay and/or other services. Availability may vary by service.
A Personal Journey with Martin Scorsese Through American Movies [DVD]