Pete’s Dragon (2016) is that rare breed of remake that outshines the original. The 1977 film, about an orphaned boy who runs away from his abusive adoptive parents with a magical dragon, was a live action film with a bright cartoon character taking the part of the dragon. The dragon is no less animated in the 2016 version from David Lowery, an independent filmmaker helming his first big budget picture, but the CGI creation has the weight and presence and personality of a living creature in a film that is deeper, richer, and more joyous.

Oakes Fegley is Pete, orphaned in a traumatic car wreck on a lonely Pacific Northwest highway (the emerald beauty of lush New Zealand forests stands in for the American north coast), and he’s adopted by a furry green forest dragon named Elliot, a veritable puppy the size of a dinosaur. Sweet, playful, loyal, protective, curious, and quiet rightly shy of humans, he can fly on a majestic set of wings and turn invisible and does both with regularity in his lively games with the barefoot wild boy Pete. Lowery brings both majesty and magic to this scenes of eternal summer joy, the forest as both home and playground to this Mowgli in the American wilderness and Elliot as big brother, canine guardian, and giddy playmate rolled into a massive ball of fur and wings and now-you-see-him, now-you-don’t friskiness.

The endless days of innocence are interrupted when forest ranger Grace (Bryce Dallas Howard) rescues the smudged adolescent hermit and takes him in while they search for his parents and Elliot comes searching for his boy. That’s when Gavin (Karl Urban), the gravelly lumberjack brother of Grace’s boyfriend Jack (Wes Bentley) who is constantly encroaching on protected groves, puts his crew on the trail of capturing the gentle giant and Grace joins Pete in saving Elliot. Lowery, who also scripted, creates a sense of jeopardy without slipping into the darkness of the usual fantasy battle. There’s none of the evil or dark forces of the Harry Potter films here and even Gavin, for all his environmentalist bashing and profit-over-protection drive, ultimately puts family over his obsession. But Lowery does confront the powerful sense of loss and abandonment stirred up when Grace reintroduces Pete to the social world and Pete connects with Jack’s daughter Natalie (Oona Laurence), who is not simply his own age but a kindred soul. Pete’s memories of lost parents rise to the surface and Grace’s maternal instincts, which she’s been keeping at bay even while dating a man with his own kid, are fanned to life.

There’s an authentic gentleness to the story and a joyous thrill to the bucolic adventure. Elliot is a marvelous creation and Lowery reminds celebrates the wonder of his existence even as he gives him a physical presence in the film. Soaring through the air on the beating wings of Elliot is magic, an imaginary playmate in the flesh (or rather, the fur), and Lowery brings it to life in a way that honors both the imaginary and the natural.

It also stars Robert Redford is the kindly grandfather and retired ranger who has told stories of the dragon for decades to anyone who will listen. Curious that in a film that features a flying green dragon that turns invisible in games of hide-and-seek, Redford’s garrulous old coot is the least substantial character. The rest is a fantastical adventure that embraces the turmoil of emotions as well as the sheer glory of its dreamy spectacle.

The Blu-ray edition features commentary, featurettes, and “lost scenes,” plus bonus DVD and Ultraviolet HD copies of the film. 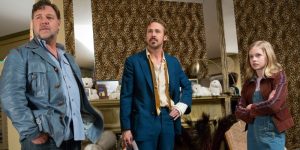 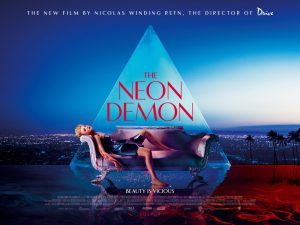 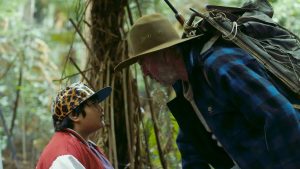