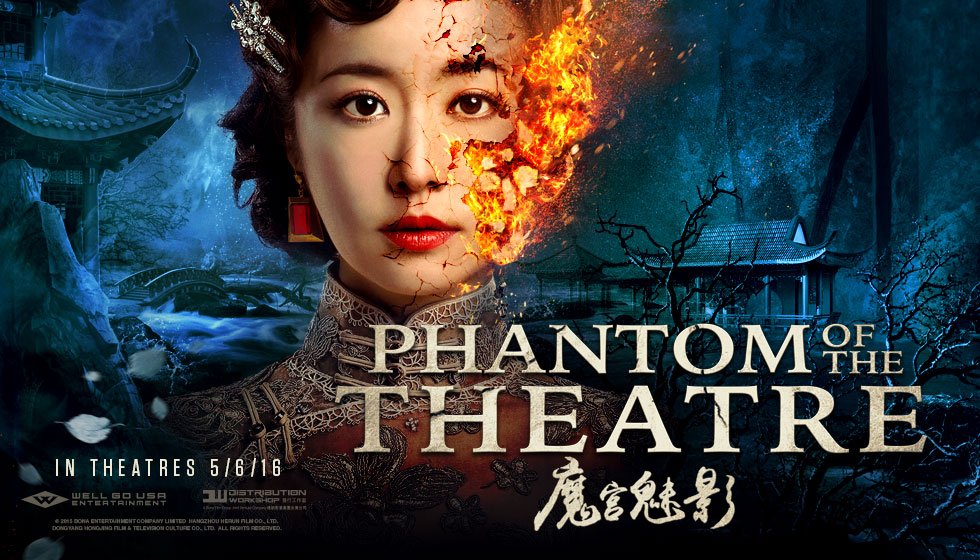 Phantom of the Theatre (2016) – The Phantom of the Opera looms large in this Hong Kong haunted theater / romantic melodrama set in 1930s Shanghai, where a grand show palace is reopened for the first time since a troupe of acrobats died in a fire 13 years before. An ambitious filmmaker (Yo Yang) wants to shoot his debut feature, a supernatural romance, in the theater. A series of mishaps plagues the crew and scares the leading man off, prompting the director to step in opposite the lovely ingénue (Ruby Lin), who remains through the disasters. There’s a mysterious, scarred figure scurrying behind the scenes, characters burst into flame and appear to burn from the inside out (the director’s girlfriend is, coincidentally, the police pathologist), and flashbacks reveal that most of the players in this modern drama have direct ties to the fatal fire years before.

The film tries to have it both ways, delivering supernatural spectacle and then explaining it away with pseudo-science that doesn’t quite hold up, and then transforms from a Gothic haunted show palace horror into a revenge film and a murder mystery. It’s directed by Raymond Yip (Yip Wai Man), a veteran of popular costume epics and grand action films, and he gives the old style melodrama a big, lush, romantic treatment. It may seem corny to American audiences but it’s entertaining and handsome, with a grand sense of design, lavish costumes, and bigger than life emotions, like a lavish, colorful old Hollywood picture with modern special effects. Simon Yam co-stars.

In Chinese with English subtitles. Not rated.

and other services. Availability may vary by service.
Phantom of the Theatre [DVD]