Just as the title suggests, Phoenix (Germany, 2014) is about rising from the ashes, but filmmaker Christian Petzold is more interested than the smudged moral world in the ashes of Germany after World War II than in the promise of the rise.

Nina Hoss, one of the great actresses of our time and star of five previous Petzold films, is Nelly, a Holocaust survivor who has undergone reconstructive surgery (she was shot in the face and left for dead at Auschwitz). She has passage to Israel, a promised land for the German Jews betrayed not just by their country but their very neighbors, but insists on returning to Berlin to search for her husband Johnny (Ronald Zehrfeld), who may have been the one to betray her to the Nazis. He doesn’t recognize her under the surgery (her face is still bruised from the procedure, making her look like a victim of abuse, a resonant image given the situation) and she doesn’t tip him off when he proposes that she pose as Nelly (who he thinks died) and collect on her inheritance, which they will split. Nelly, who adopts the name Eve, agrees and neither Petzold nor Hoss tip us to Nelly’s motives. She is clearly still in love with him, and just as clearly doesn’t trust him, but plays along to be with him.

Phoenix has a quality of film noir melodrama about it. The premise may strain credulity on a purely logical level—how can he not recognize the woman he once loved even behind the reconstruction?—but the emotions at work are far more powerful than reason. Nelly’s scars run deep and she may not even be sure of what she wants or needs out of this, and Hoss brilliantly keeps her thoughts locked behind her face while communicating by turns anger, fear, longing, loss, vulnerability, and steely determination with the slightest look or tremor of the lip. Zehrfeld, who showed so much moral strength in Barbara (also directed by Petzold and starring Hoss), plays the opposite here, a survivor who betrayed everything in the war and now just wants to flee it all (and, if possible, himself). You can argue his guilt makes him blind to the truth. Or just accept the dramatic conventions (the screenplay is based the 1961 novel “Return from the Ashes”) the way you might with a classic noir, or with Hitchcock’s Vertigo (another film of false identities and blinding guilt) and watch Hoss create an emotional storm of conflicting forces behind those vulnerable eyes and a face drained of hope or happiness after enduring the horrors of Auschwitz.

, iTunes, GooglePlay and/or other services. Availability may vary by service.
Phoenix (The Criterion Collection) [Blu-ray]

Their previous collaboration, the superb Barbara, is reviewed on Stream On Demand here.

It was released by Criterion on Blu-ray and DVD with a 21-minute featurette and interviews with director Christian Petzold, actress Nina Hoss, and cinematographer Hans Fromm, plus a booklet. 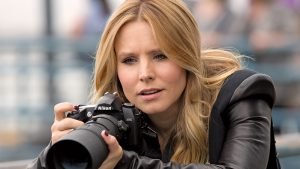 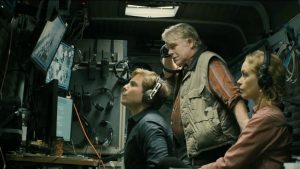 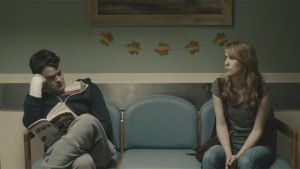