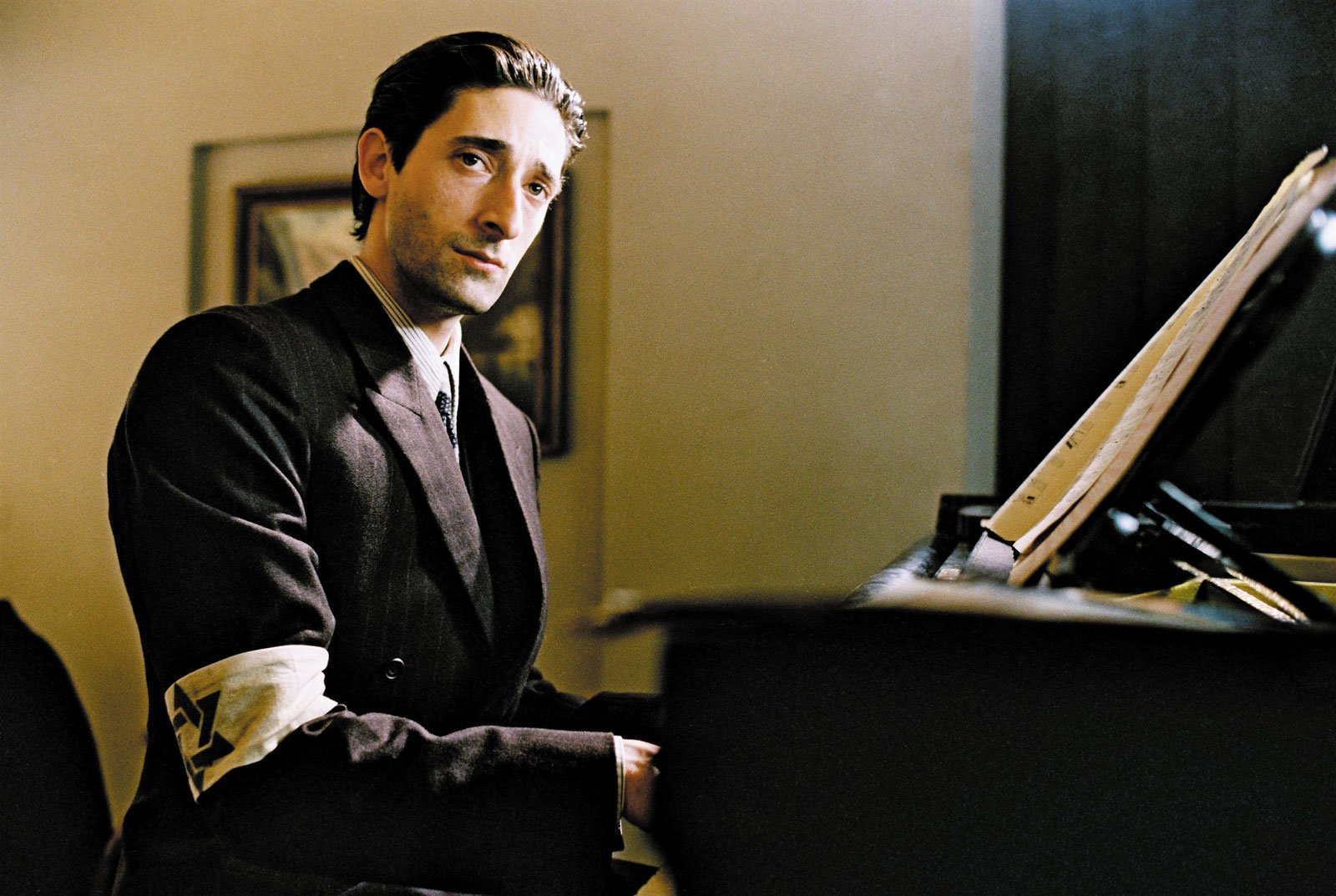 The Pianist (2002), Roman Polanski’s film of the true story of Holocaust survivor Wladyslaw Szpilman, is uncompromising in its portrayal of survival.

We see the Holocaust through his eyes (via actor Adrien Brody) as the occupying Nazi military slowly but inexorably takes away the rights, the property, the humanity, and in most cases the lives of the Jewish citizens of Warsaw. When he manages to escape the Ghetto and hide out in Warsaw as the war grinds on, time becomes meaningless.

This is not a portrait of war heroism (though he never does anyone ill by accident or by design) but of primal survival instincts and Brody sheds all of his actor’s instincts to show Szpilman slowly slide into animalistic self-preservation. He spends his waking moments looking for shelter, searching for food and water, or simply hiding out silently in safe-houses. His face twists into a grim cocked grin from malnutrition and he withers like a walking scarecrow.

Polanski is observant and compassionate. He brings a terrible beauty to the terror and horror, making a symphony of the sounds that break through his silence and creating visual poetry his scramble through the ash-gray rubble of his city during the fall of the Third Reich. It makes for a powerful experience, one which draws from Polanski’s own life. As a child, he was also a survivor of the Warsaw ghetto and he hid out from the Nazis in the rubble after the inhabitants had been rounded up and sent to the concentration camps.

, iTunes, GooglePlay, Fandango, Vudu and/or other services. We await a Blu-ray release of this modern classic. Availability may vary by service.
The Pianist [DVD]

The Blu-ray and DVD releases from Lionsgate feature the beautiful 40-minute documentary “A Story of Survival,” which presents Polanski speaking of his own experiences and his connection to Szpilman’s story, star Adrien Brody discussing why he resisted the temptation to create “business” for his character in all those silent, solitary, and clips of the real Wladyslaw Szpilman playing piano.