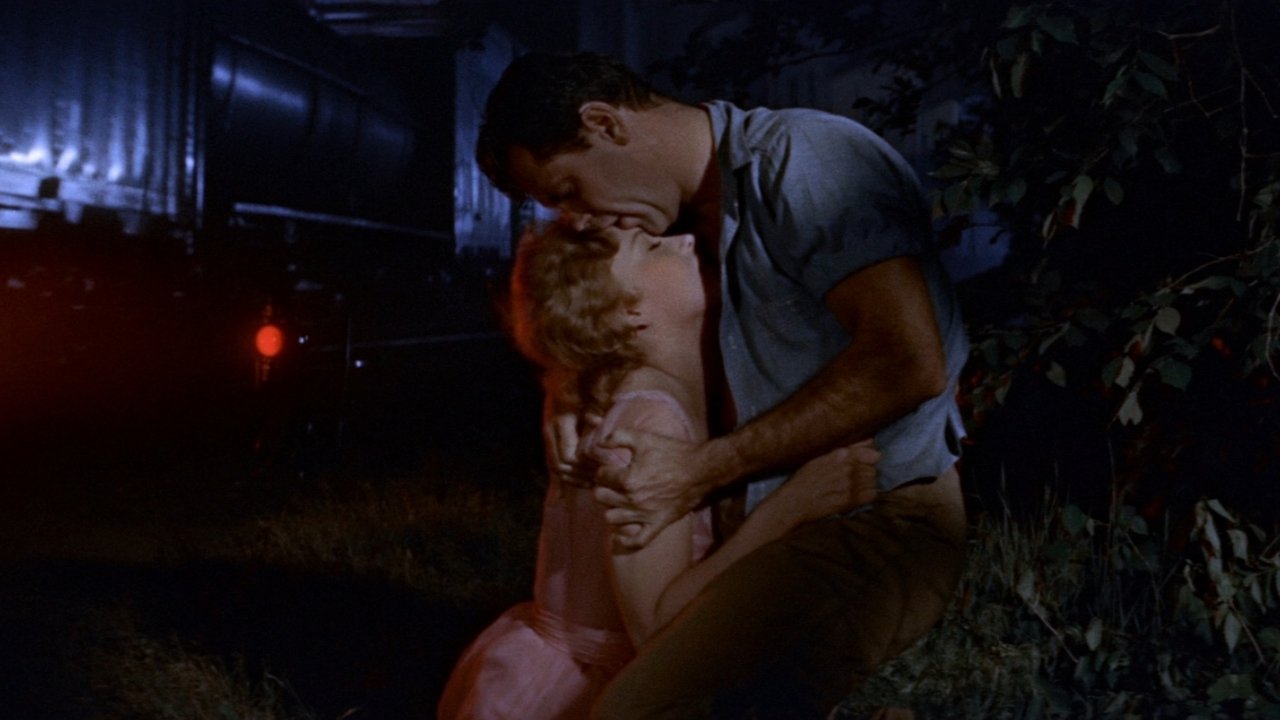 The repressed desires and suppressed dreams of small town citizens bubble out of their confines in the late summer days of Picnic (1955).

William Holden is the hunky drifter who rides the rails into a small Midwest town with dreams of landing a “respectable” job with his rich college buddy (Cliff Robertson). Kim Novak is the small town beauty queen who is engaged to Robertson but falls for the cocky dreamer, as does repressed schoolmarm spinster Rosalind Russell and Novak’s tomboyish kid sister Susan Strasberg. Their unleashed passions reach a crescendo at the Labor Day picnic.

Holden is years too old for the role but oozes sex appeal and makes a swoony stud when he takes his shirt off (or when, better yet, it’s ripped from his back by a boozing Russell), and Novak, in a role that launched her into the A-list, is a lovely lost girl yearning for something she can’t quite grasp. Arthur O’Connell earned an Oscar nomination as Russell’s tippling boyfriend.

Joshua Logan directed William Inge’s play on Broadway and carried it to Hollywood, earning Oscar nominations for Best Picture and Best Director in his screen directing debut. It was a huge popular and critical hit but Logan’s stiff and strident direction hasn’t dated well. He makes his points in big capital letters—subtlety was never his strong point—and loses the natural beauty of the Kansas locations when he takes the climactic picnic scenes into an obviously artificial soundstage, but the performances sustain the drama.

It earned six Academy Award nominations in all and won two, for film editing and art direction. Logan won the Golden Globe for directing.

Also on Blu-ray and DVD and on SVOD through Amazon Video, iTunes, GooglePlay, Fandango, Vudu and/or other services. Availability may vary by service.
Picnic [Blu-ray]
Picnic [DVD]