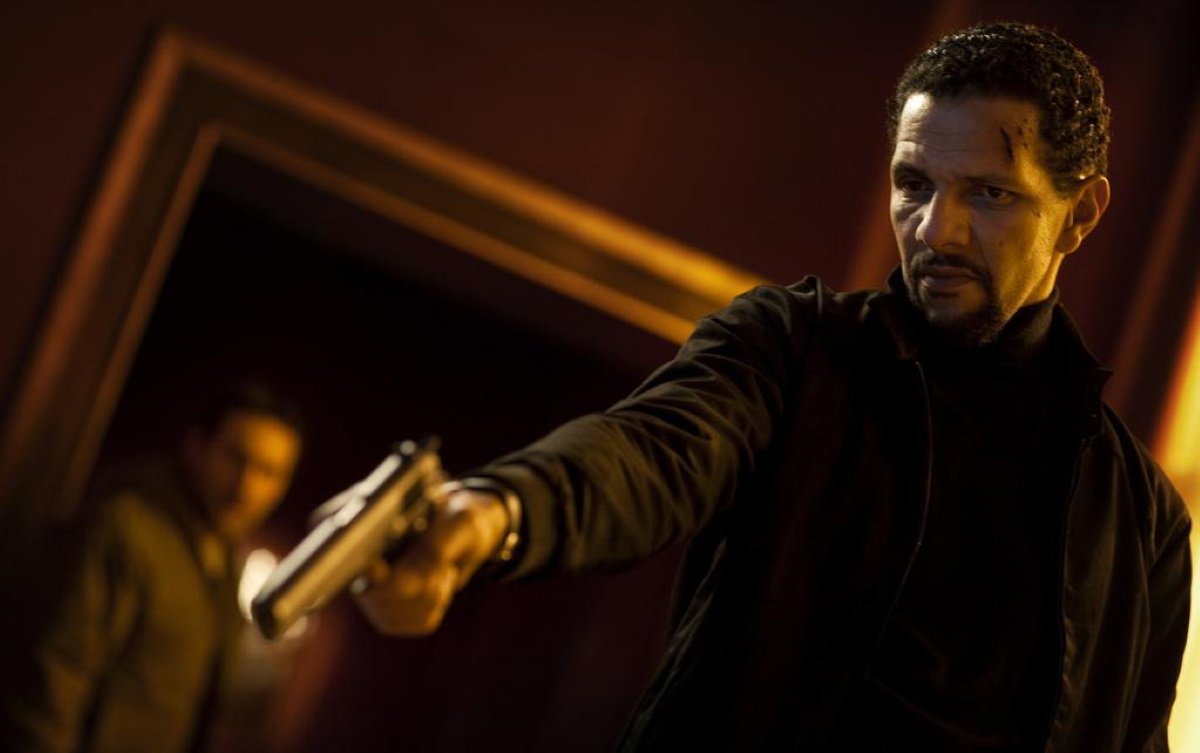 The French crime thriller Point Blank (France, 2010), not to be confused with John Boorman’s 1967 post-noir masterpiece, opens in full sprint and pretty much stays in that adrenaline-pumping state.

There is one peaceful interlude, a flashback to the calm before the storm with nursing student Samuel (Gilles Lellouche) and his pregnant wife (Elena Anaya), to show just what’s at stake before Samuel’s life is yanked from under him. His wife (under orders for bedrest) is kidnapped by gangsters to force him to slip a wounded criminal (Roschdy Zem) out from the hospital before the police come to question him. Then the orders change.

Samuel ends up in the middle of a murderous conspiracy—damned if he’s caught by the good cops, dead if the corrupt cops get him first—and his only hope to get him and his wife out alive is to team up with Zem’s Hugo, a safecracker framed for murder by the same killer cops. He’s the kind of super-talented crook with a moral streak that crime movies love so much and Zem is an actor who can make that cliché work.

The script doesn’t always hold up to the light of day, but director and co-screenwriter Fred Cavaye drives the film with so much furious, pulse-pounding momentum, powered by an overwhelming sense of panic and paranoia, that you don’t have much time to worry about it. And at under 85 minutes (including end credits) the film doesn’t get tangled up in unnecessary side stories or blind alleys.

The premise may be familiar—the nice-guy innocent forced to become ruthless lawbreaker to survive—but the execution and evocation of the gritty nocturnal Paris underworld makes is zing.

It was remade in English in 2019 for Netflix, with Anthony Mackie and Frank Grillo in the leads.

The DVD and Blu-ray editions include a behind-the-scenes featurette.