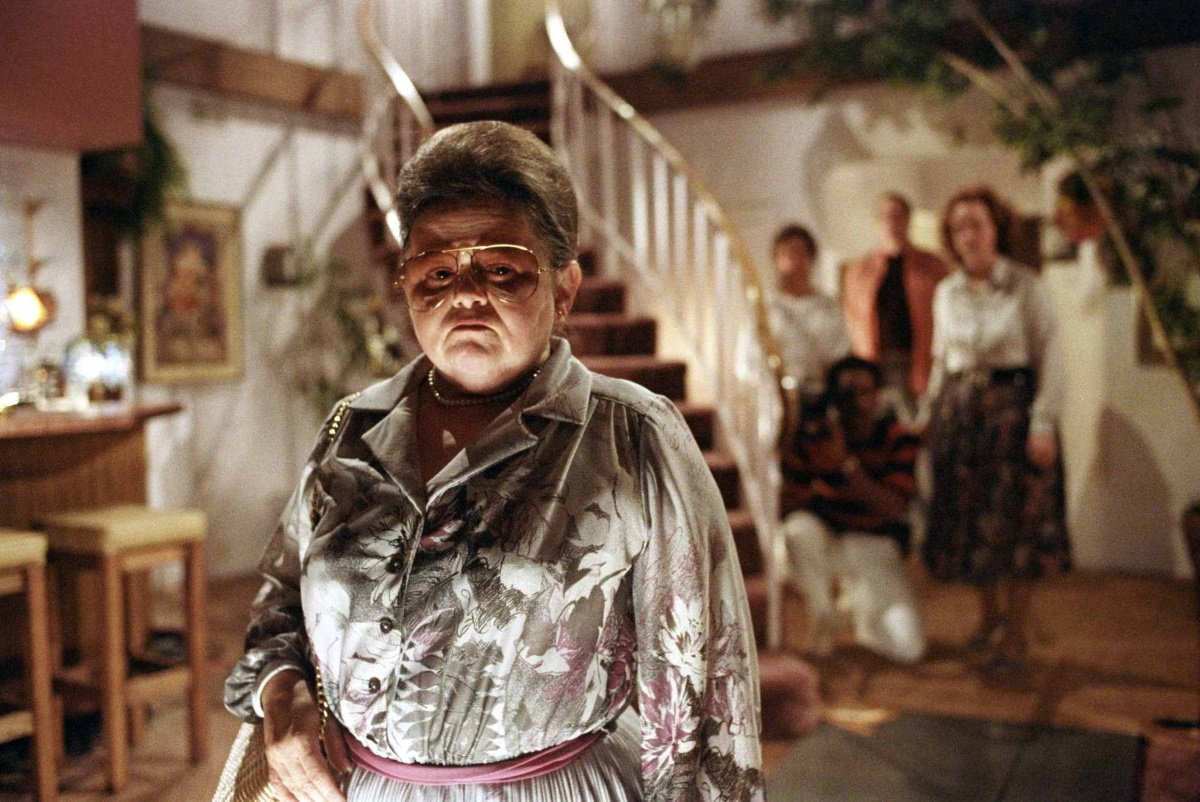 The summer of E.T. was also the season of another, darker vision of suburbia from Steven Spielberg.

Tobe Hooper (The Texas Chainsaw Massacre) is the director of record on Poltergeist (1982), an eerily effective ghost story about a suburban family under attack by spirits, but you can see the fingerprints of writer and producer Spielberg in the spot-on details of middle class life and family dynamics.

It all plays out in an expanding suburban development of middle class homes where Steve Freeling (Craig T. Nelson) is both a homeowner and a top salesman for the development company and his wife Diane (JoBeth Williams) is a stay-at-home mom. After their youngest daughter Carol Anne (Heather O’Rourke) starts talking to… something through the TV, Diane discovers some inexplicable issues with the house. It all begins with a sense of discovery and fun, then it gets creepy. And then Carol Anne disappears, her disembodied voice calling out from the TV.

What might have been a collision of sensibilities actually melds quite effectively. The nightmarish haunting is the flip side of Spielberg’s sense of wonder and fantasy and the convincing family chemistry gives an urgency to the parent’s desperation to save their abducted daughter from the spirit world. Who’d have thought that a Spielberg film would show parents smoking a joint in their bedroom after the kids are in bed as a normal part of adult life? Tobe Hooper does a great job of creating a sense of suburban normalcy and playful family dynamics. Plus he delivers some really creepy scenes.

It was nominated for three Academy Awards, including one for Jerry Goldsmith’s score and one for visual effects, which won a BAFTA in England. And it spawned a series of sequels, a TV spin-off, and a 2015. None of them touch the original.

Leaves HBO Max at the end of November. Add to My List on HBO Max

The Blu-ray features a documentary on real-life ghost hunters.