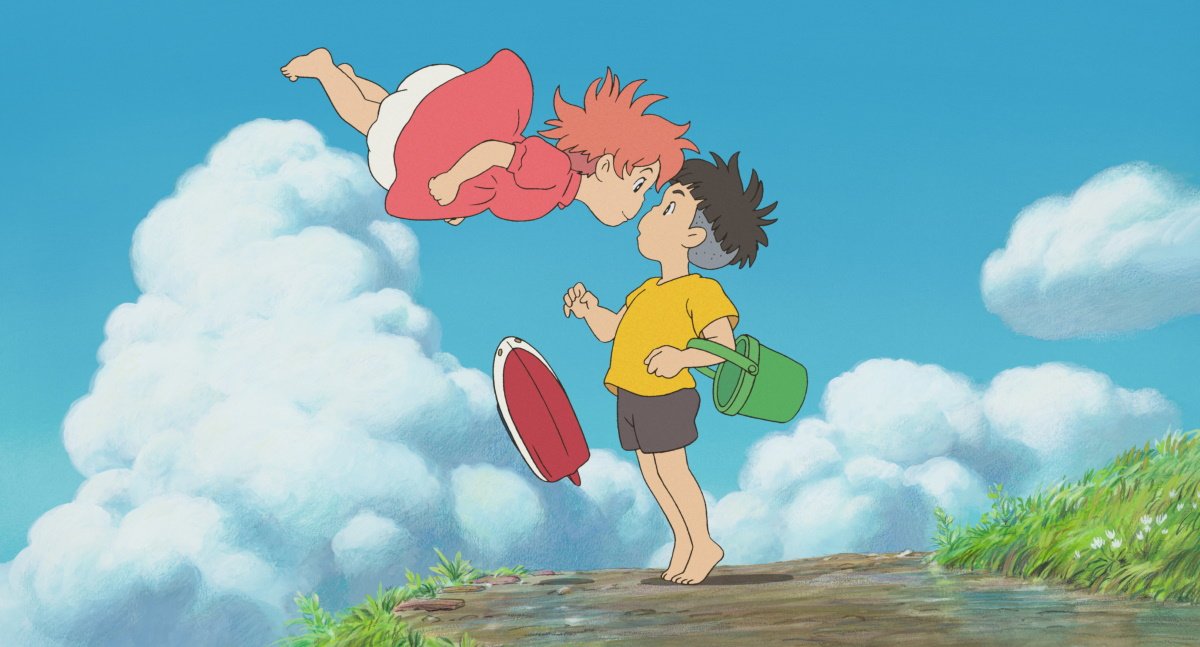 Ponyo is a water sprite, a curious undersea creature and daughter of the sea gods who gets swept to the shore, trapped in the pollution of the human world and rescued by a human boy, with whom she falls in love. This isn’t the romantic type of love of Disney’s The Little Mermaid but the unconditional affection of young kids and she takes human form to join him on land, which upsets the balance of nature so carefully kept in check by her wizard father (voice of Liam Neeson in the English version) and elemental mother (Cate Blanchett).

There are moments of personal magic (the boy “talks” with his sailor father as he passes their Cliffside home using signal lamps), natural magic (schools of fish become literal waves curling upon the shore in the search for the missing Ponyo) and imaginative magic (Ponyo turns a toy boat into a watercraft sized just right for a couple of kids), but the film’s real magic is in the generosity and love on display from humans and spirits alike. Unlike Anderson’s fairy tale, this is no tragedy but a celebration of a meeting of cultures and the possibility of a healthy (and ecologically responsible) co-existence, all told with a sense of wonder.

The English language version was scripted by Melissa Mathison (E.T.) and produced by Pixar honcho John Lasseter with Frank Marshall and Kathleen Kennedy, and features a voice cast that also includes Matt Damon, Tina Fey, Cloris Leachman and Lily Tomlin, among others.

It won two awards at the Venice Film Festival

The Blu-ray and DVD editions offer both the English and Japanese language versions, with an English language introduction, the “Storyboard Presentation of the Movie” (which replays the entire film soundtrack to a slideshow of storyboards and sketches) and “The World of Ghibli,” a collection of featurettes (both Japanese and English language productions) on the film and the English adaptation, plus interactive peaks at other Miyazaki features.