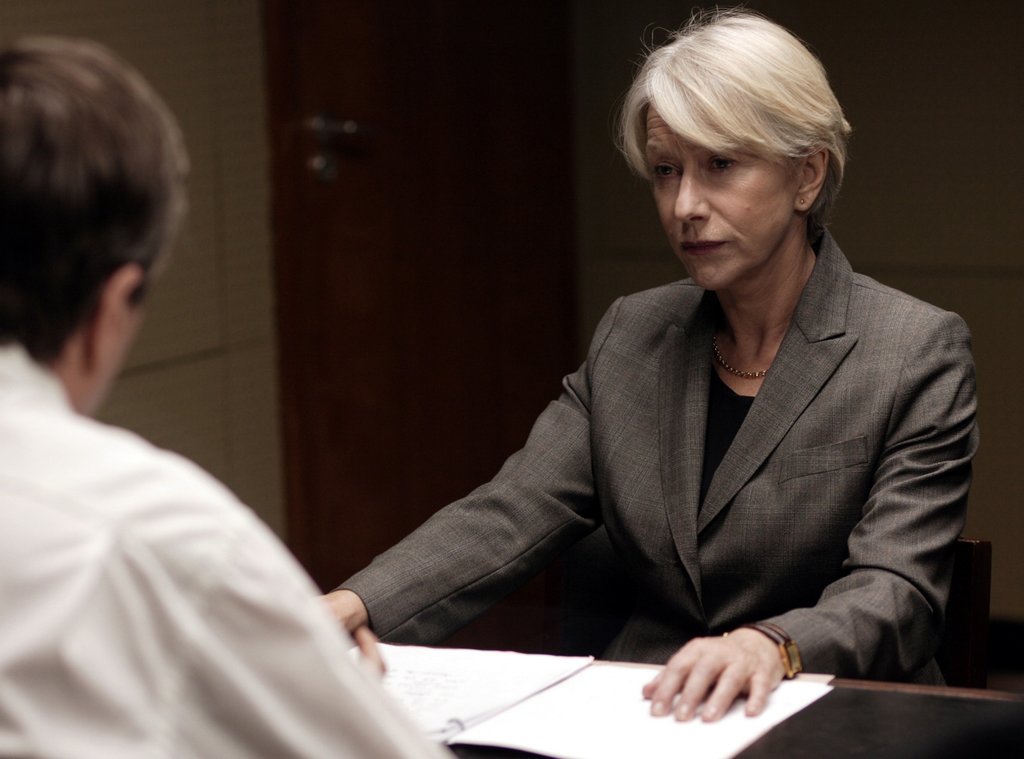 It’s been over thirty years since Helen Mirren stepped into the role of Jane Tennison, a tough, tenacious, at times brittle woman in a brutally chauvinist police culture, in the original Prime Suspect. At the time, Mirren was a respected veteran of stage, screen and television, had shown off her acting chops and her strength of screen presence in the films The Long Good Friday, Excalibur (as the beguiling sorceress Morgana) and The Cook, the Thief, His Wife and Her Lover, and had survived Caligula without tarnishing her image. But she was not what you would call a star. She was a pro, but not a marquee name.

And then along came the 1991 BBC mini-series Prime Suspect and Detective Chief Inspector Jane Tennison, the only female DCI on an old boy’s club London homicide squad. She’s a phantom lurking around the edges of the action while the men rush through their latest murder case, joshing and winking in the kind of male camaraderie the cop genre has celebrated for decades. When the head DCI of a major case dies of a heart attack in the early stages of an investigation, Tennison demands that she get her shot at command and becomes the squad’s first woman to head a murder investigation. With the command comes not only a level of scrutiny and resistance that no male colleague ever had to endure, but a level of resistance from her fellow officers (notably the sneering, sleazy Sgt. Otley, the original investigator, played by Tom Bell) that borders on sabotage. As they obscure evidence and manipulate the investigation, the murders continue and Tennyson finds she’s pursuing a serial killer.

Lynda La Plant’s script is a compelling police thriller that turns dead ends, blind alleys, and the mundane legwork of real life cops into fascinating details in a drama roiling with dark mystery and riddled with ambiguity. It’s a gritty street drama and a sharp character study with brutal insights to sexual and racial relations in the modern British police force, a mindset stuck in the past while trying to police the modern world, and Mirren commands the role of Tennison with authority, intelligence, and a touch of over-achieving desperation, while revealing a private life unraveling under the pressure. It reinvigorated Mirren’s career with a role she wrestled into one of the most memorable characters on TV and launched a long-running series of sequels.

In Prime Suspect 2 (1992) (scripted by Allan Cubitt from a story by La Plante) she’s firmly in command of her team when she’s assigned a politically volatile case: the corpse of an unidentified black girl found buried in a largely African/Caribbean neighborhood where the police are not well received. Meanwhile she finds herself on the defensive when she’s assigned a new detective (Colin Salmon), a sharp but hot-headed young investigator who has just broken off an affair with Tennyson. Between the scant clues left to sift, a prime suspect on the verge of death himself, and divisions in her own team which result in a devastating death, Tennyson soon begins to suspect she’s been hung out to dry by the department. Screenwriter Cubitt dives into murky social waters to create an even more complex mystery and complicated social world in Tennyson’s second appearance, and Mirren rises to the challenge to explore the contradictions of an uncompromising cop in a compromising situation.

Creator La Plante returns to script Prime Suspect 3 (1993) where Tennyson is assigned to the Vice Squad to break a pedophile and tangles once again with her old nemesis Sgt. Otley (Tom Bell) as she uncovers departmental leaks and suspicious political ties. David Thewlis co-stars as the prime suspect this time, a sleazy street predator with friends in high places.

Unlike the mini-series/multi-part telefilm structure of the rest of the chapters, Prime Suspect 4 (1994) is a trio of two-hour stand-alone mysteries. The Lost Child, helmed by Oscar-nominated director John Madden (Shakespeare in Love), refers not just to the missing girl of a young mother, but to Tennison’s own struggle when she discovers she is pregnant from a recent affair. Inner Circles finds Tennyson in familiar territory when her investigation into the death of a country club manager points to murder and uncovers political tensions between a wealthy neighborhood and a nearby low-housing estate, tensions that some people in power would rather Tennison leave be. The Scent of Darkness revisits the original Prime Suspect mini-series: a string of brutal murders replicates the killings that sent George Marlow away and Tennison’s career is on the line as she bucks pressure to release Marlow and prove that she put the right man away while finding the copycat.

Prime Suspect 5 (1996) returns to the mini-series format and tosses Tennison into a new station up north in Manchester, a social demotion from the old boys network. While she tries to learn the politics of the new department and the chemistry of her new team, she takes on an untouchable gangster whose power is so great that he may hold sway over members of her own team.

There’s a seven year break before Mirren returned for Prime Suspect 6 (2003). On her 30th year of service, Tennison (now a DSI) is battling pressure from her superiors to retire when she is assigned the politically volatile murder investigation of a Muslim woman immigrant, a refugee from the former Yugoslavia who was tortured before she was killed, and is saddled with the original investigator (Ben Miles) as an unhappy subordinate. In one unexpectedly powerful moment, Tennison speaks with her father (Frank Finlay), an ambulance driver in World War II who was confronted with the reality of the Holocaust when he drove into Dresden and discovered his first concentration camp. Staring at the bodies piled up outside (the crematoriums were not working), he sees a little girl crawl out of the starved corpses. The chilling remembrance inspires Tennison to defy orders and choose justice over political expediency: her prime suspect, a former militia commander and war criminal responsible for atrocities (Oleg Menshikov), is under the protection of her own government.

Prime Suspect 7: The Final Act (2006) brings the saga of Jane Tennison to a close after a run of 15 years. Weeks away from retirement, she’s become an alcoholic burnout, drinking herself into blackouts with alarming frequency, but tries to pull herself together to solve one last case. Frank Deasy’s script sustains the intelligence and uncompromising drama that has made this series the best cop drama on TV and Mirren (who had already won four BAFTAs and an Emmy for previous turns in the role) pulls Tennison out of denial and brings her a rumpled dignity. The return of Tom Bell as her former nemesis Bill Otley, now a recovering alcoholic and the only friend Tennison has left in her tattered life, results in one of the finest moments in the series.

Also on Blu-ray and DVD and on SVOD through Amazon Video, iTunes, GooglePlay, Vudu and/or other services. Availability may vary by service.
Prime Suspect: The Complete Collection [Blu-ray]

Pingback: What to watch the week of Friday, July 10 - Stream On Demand
Comments are closed.