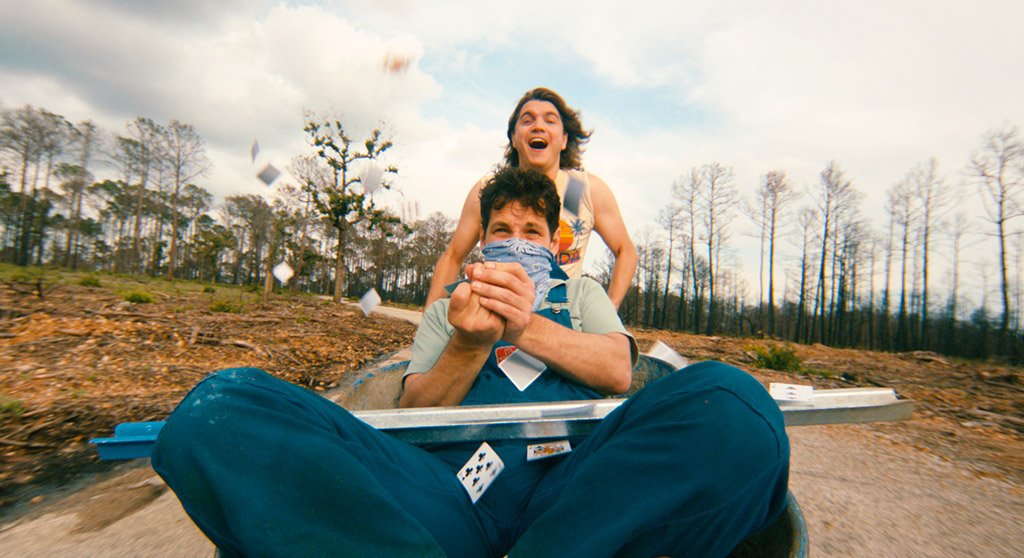 Before David Gordon Green directed the stoner hit Pineapple Express (2008) and took a turn into comedy, he was an indie filmmaker whose intimate dramas were seeped in his southern origins. Prince Avalanche (2013) brought him back to his origins with a modest, warm-hearted tale of two guys on a rural road crew, painting traffic lines and pounding in roadside posts on winding forest roads in 1988 Central Texas.

Paul Rudd is the senior partner in this odd couple, embracing the solitude and peace of the job while professing his commitment to the girl he left behind, and Emile Hirsch is the little brother of his lady love, hired on as a favor even though the boy would rather be partying in the city.

It’s a year after forest fires tore through the area and there’s a quality of ghost story to the film, a sense of loss and disconnection that extends to the relationships that get talked about instead of lived. Green combines the comic warmth and buddy film fun of Pineapple Express with the more laconic, musing quality of his early regional indies for a modest short story of a character piece. It’s a pleasant combination and the characters are good company, which turns out to be enough.

Add to My Watchlist on Prime Video or to My Stuff on Hulu or stream free on Kanopy or on Hoopla which are available through most public and college library systems.

, iTunes, GooglePlay and/or other services. Availability may vary by service.
Prince Avalanche [Blu-ray]