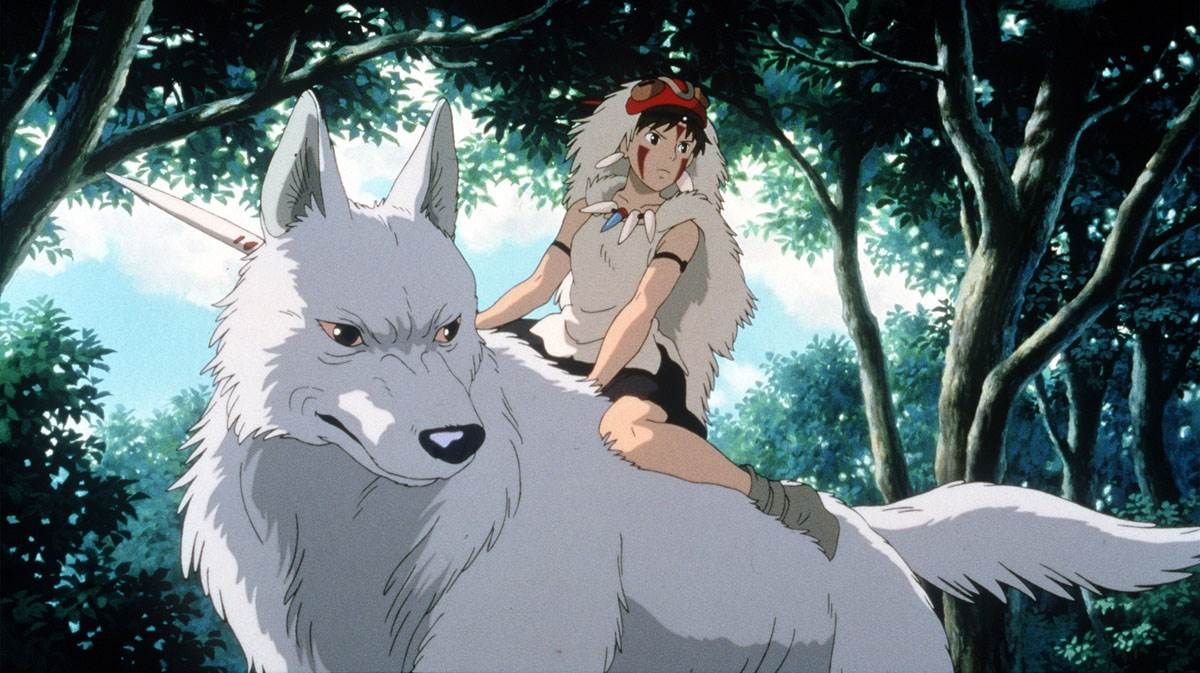 “Something’s wrong. The birds are all gone. The animals too.”

Hayao Miyazaki recasts the mythic tale of man’s dominion over the Earth with an animist mythology and a conservationist message in Princess Mononoke (Japan, 1997), his rich fantasy of the battle between the forest spirits and the industrial revolution. Set in the era of Japan’s Iron Age, it’s a time when the foundries first start to poison the forests and rivers around them and the weapons they produce – from fine samurai swords to primitive cannons and guns – give humans the advantage in conquering the natural world.

Standing against the human charge of manifest destiny is Mononoke, a wolf-pack wild child and the original environmental guerrilla. As medieval industrial baron (baroness?) Lady Eboshi razes the forests and drives off the giant boars and fierce wolf packs and dark, ape-like forest guardians to lay claim to the resources of the land, Mononoke leads the battle against her blood kin. Her face slashed with war paint, she rides giant wolves into battle against the armed enemy and invades their fortress with Ninja-like skill and ferocity.

Standing between the two sides in this civil war is a young prince from an exiled tribe. He’s on the trail of a diseased demon that cursed him with an infection that is slowly devouring and possessing him, and the trail ends here.

Princess Mononoke is an environmentalist epic as blood and thunder adventure on an apocalyptic scale. Miyazaki creates an elemental world of animal tribes and woodland spirits and Gods imagined as magnificent giants and enchanting imps, under attack from the excesses of the human world. He paints his figures in moral shades of gray, a yin and yang within both man and nature. Every frame is filled with an awesome sense of wonder and magic, and for all that is lost, he instills the ending with hope and healing. Grounded in a mythology as rich and complex as Disney’s fairy tales are simplistic, this is animation for adults in the very best sense of the term.

The English language translation was adapted by Neil Gaiman and features the voices of Claire Danes as Mononoke, Minnie Driver as Lady Eboshi, Billy Crudup as the wandering prince, and Gillian Anderson as Moro, the wolf queen, plus Billy Bob Thornton, Jada Pinkett Smith, and Keith David.