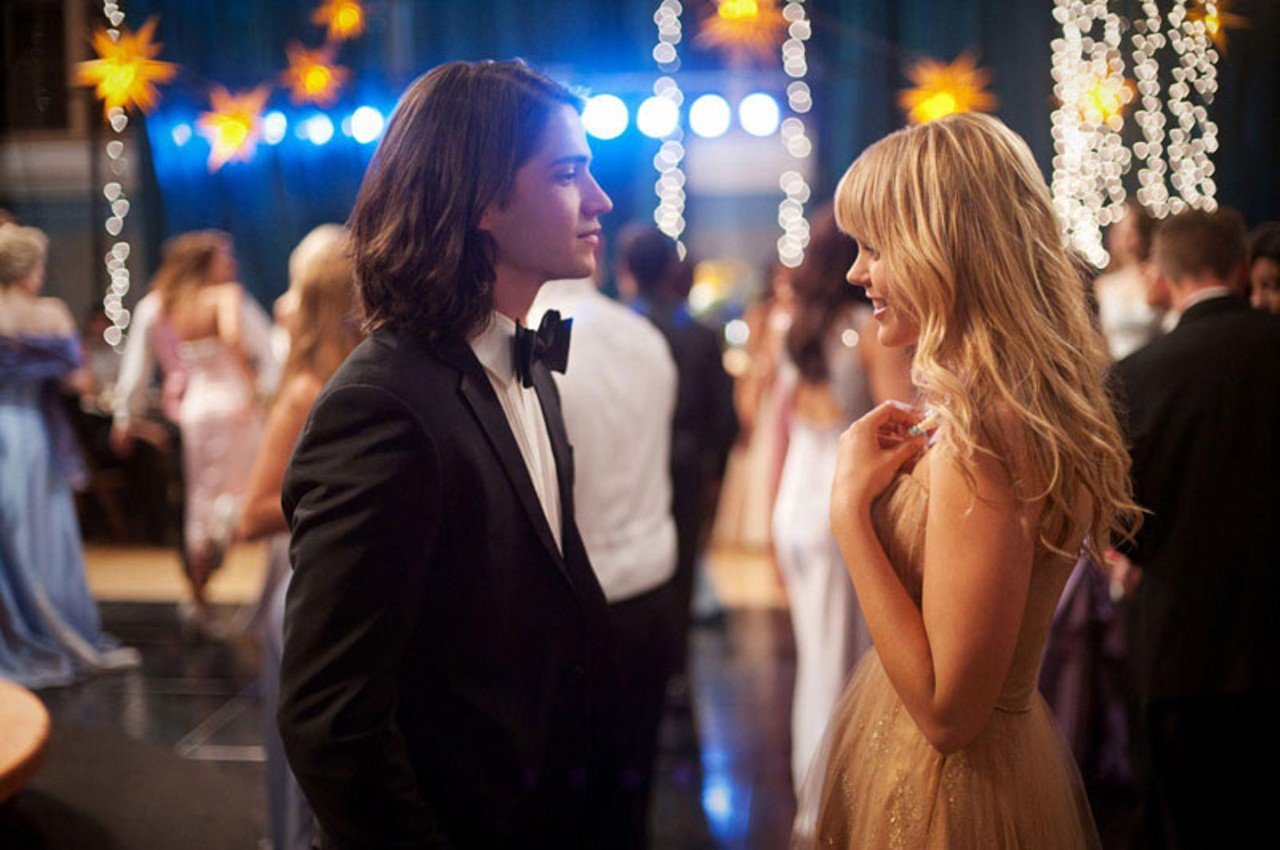 Prom (2011), a familiar but sweet teen romance made without a trace of cynicism or calculation, was a conspicuous underachiever at the box office. Which is surprising as it seemed ready made for the teen and tween demographic that made Disney’s High School Musical films such hits. All that’s missing is the song and dance numbers.

It’s not exactly John Hughes-lite and it never transcends the clichés it so knowingly rides along the road to the high school prom experience. But it delivers them all with just enough mushy fun to make it, if not quite timeless, at least familiar to every generation. Songs and styles change but the innocence of teen romance and idealized yearnings remains the same through the decades.

Aimee Teegarden (of Friday Night Lights) is the sunny poster girl of the film, the pretty overachiever so overextended she hasn’t time for a personal life, and Thomas McDonell (looking like a young Johnny Depp) is the misunderstood bad boy, eternally in trouble because of his commitment to his single mom and little brother and constantly with a chip on his shoulder because of it. Gee, could these photogenic opposites—tossed together in a plot contrivance—end up together at prom? And so it goes with the rest of the ensemble of obligatory types, from jocks to scholars, from popular kids to geeks, from longtime sweethearts to newfound loves

Is it too wholesome for today’s youth? Do these tropes go down easier when the kids break into song and dance? Or was it simply bad timing? Hard to say, but I imagine that this high school romance is going to be home video perennial, though likely not for high school kids, who will be moving on to more worldly, trashy and cynical entertainments. I image the tweeners will likely take to this all-embracing, terribly romantic, safely PG vision of high school acceptance.

The Disney DVD features the very brief, six-minute “Putting on Prom,” which is more of an introduction to the stars and filmmakers than a production featurette, and bloopers. The Blu-ray edition also features the original short film “Last Chance Lloyd,” which spins a story around the amiable schlub’s attempt to find a date for prom with a whole series of disastrous stunts, plus four deleted scenes and seven music video, along with a bonus DVD edition.