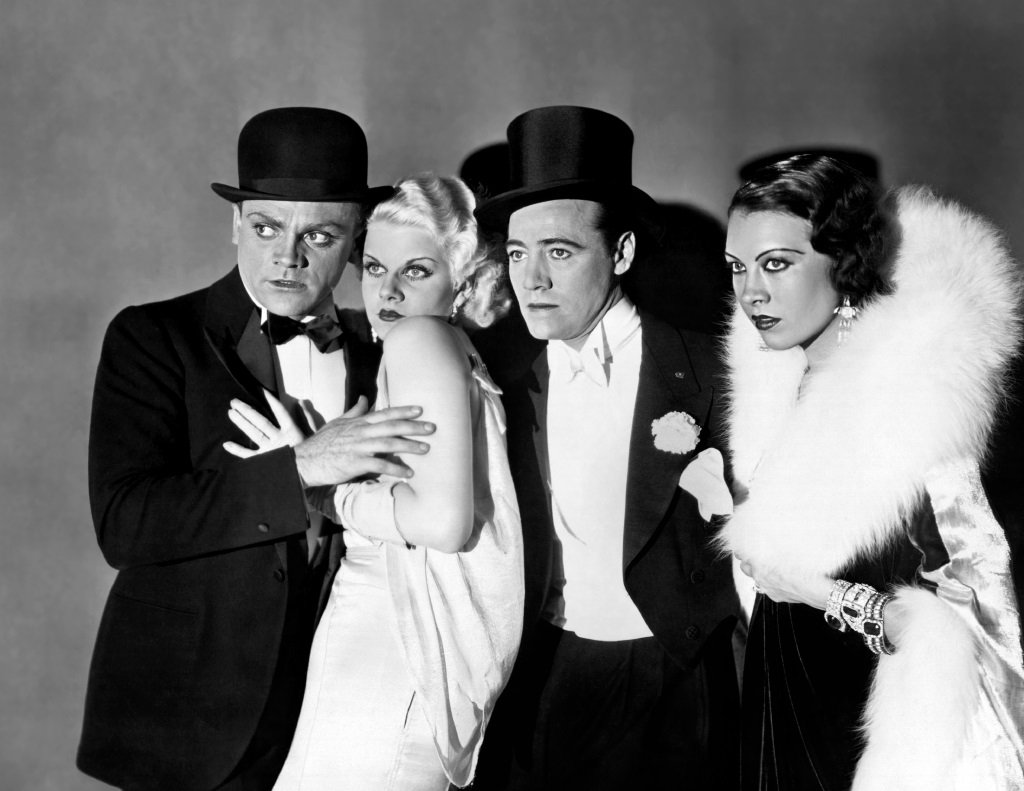 James Cagney became an overnight sensation as the streetwise dynamo Tom Powers, a Chicago slum kid turned brutal mob goon in The Public Enemy (1931), William A. Wellman’s archetypal gangster classic. In the first depression-era films of the mob rats blasting their way to big screen glory like Molotov cocktails, Cagney’s Tom Powers was the most magnificent of the new breed of machine gun-toting anti-hero.

A wise guy and smart cookie, Powers could simply have been another Chicago slum kid turned criminal kingpin but Cagney, a dancer by training, brings a spring-loaded drive and a scrappy pugnacity to the role. As he shoots his way to the top of the heap, he wears his newfound power like a suit, strutting and swaggering through the streets and the nightclubs like he’s the new boss in town with the glamorous Jean Harlow on his arm. There’s a feral beauty to this thug in a tuxedo and you can’t take your eyes off him, whether he’s blasting away enemies with an ecstatic grin or mashing a grapefruit into the Mae Clarke’s kisser. Cagney made crime sexy and the movies haven’t gotten over it.

Coming on the heels of Little Caesar, this film pushes the gritty violence even further (some scenes were cut on re-issue under the new restrictions of the Production Code—they’ve since been restored) and revels in sexuality that later films couldn’t even hint at. Once again, though, crime doesn’t pay. It pays back.

It was nominated for an Oscar for original story and was added with National Film Registry in 1998.

, iTunes, GooglePlay and/or other services. Availability may vary by service.
The Public Enemy [Blu-ray]

The Warner Bros. Blu-ray and DVD features commentary by film historian Robert Sklar, the documentary featurette ‘Beer and Blood: Enemies of the Public,” and “Warner Night at the Movies 1931,” a program hosted by Leonard Maltin with the period comedy short The Eyes Have It, the cartoon Smile, Darn Ya, Smile, a 1931 newsreel, and a gallery of 1931 trailers. Also features the forward added to the 1954 re-release.