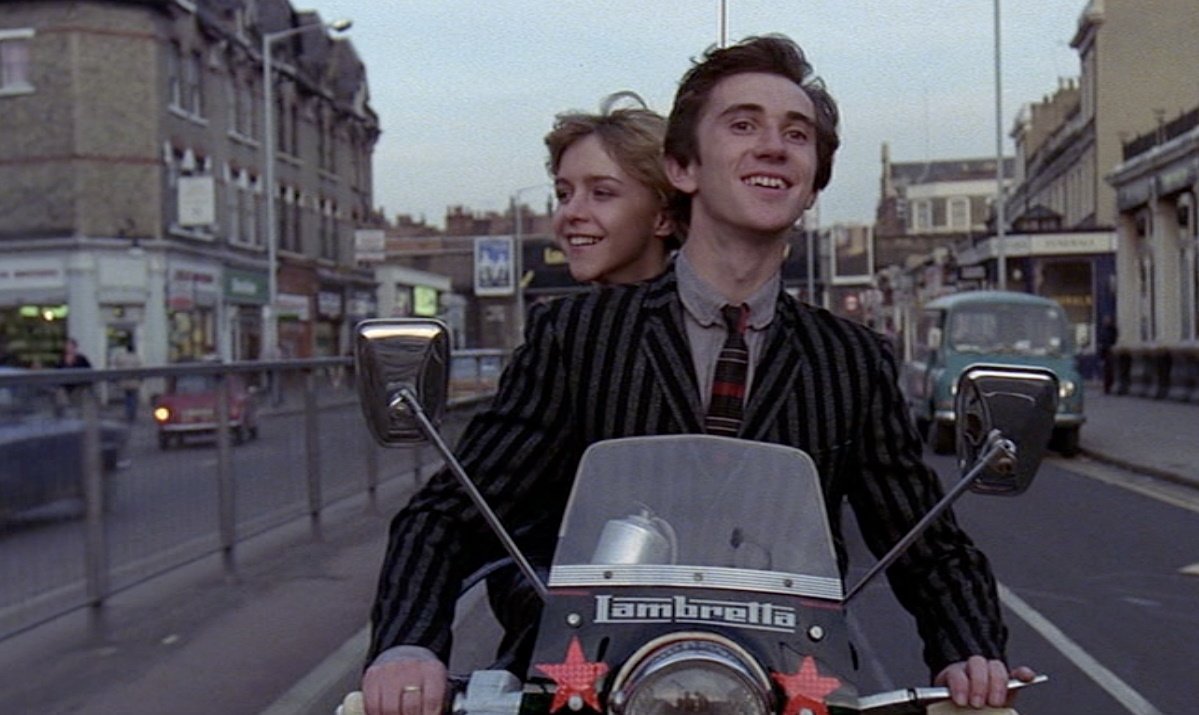 Quadrophenia, the 1979 film of Pete Townsend’s landmark rock opera (originally performed by The Who) about teen rebellion and alienation in 1965 London hit the screen under the direction of Franc Roddam with Phil Daniels as the restless, Vespa-riding Jimmy, a Mod in the rock and roll culture wars.

The portrait of early sixties Britain, of young adults looking to carve out their own identity distinct from the glum middle class dullness of their parents, and of a music explosion that becomes part of their lives, is astounding, and the desperation of Jimmy’s dive into this vivid but undefined culture reverberates to this day. Sting is memorable as the charismatic Mod leader with a working class secret, future Brit star Ray Winstone is a former mate turned rival rocker, and Timothy Spall has a small role as a fellow working stiff.

It’s not really a musical as much as a rough and ready drama inspired by the story suggested in the rock opera (though the Who’s music underscores the film quite nicely), and it has aged very well over the years. This entire last act is set to the final side of the Who’s album, a brilliant work of rock scoring that suggests the restless, frustrated impulses of confused youth, shouted out in Roger Daltry’s singing and pounded into urgency by Keith Moon’s drumming, as Townsend’s music and lyrics merge into a transcendent convergence of themes and strangled cries of identity. Roddam finds an evocative dramatic translation of the suggestions in Townsend’s lyrics and sends the film off with images as resonant as the music. Can you see the real me? Well, can you?