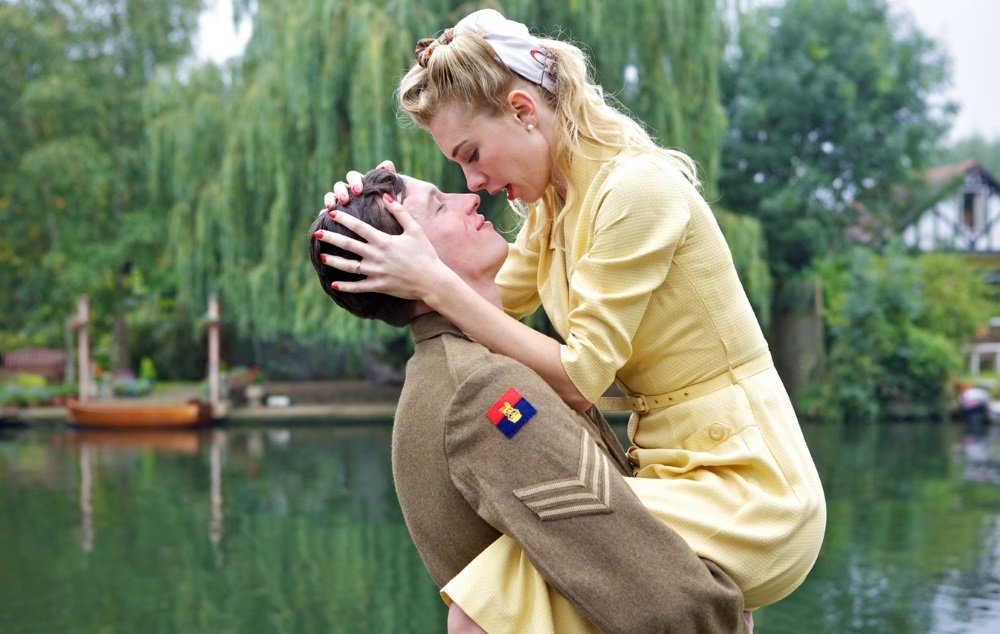 Queen & Country (2014), John Boorman’s first film in eight years, is a sequel to his autobiographical 1987 Hope and Glory, which was inspired by his experiences as a child sent to the country during the London Blitz in World War II.

Queen & Country picks up the story of his fictional stand-in Bill Rohan (played here by Callum Turner) during his two years of compulsory military service in 1952. Something of a washout as a soldier, he’s assigned to teach typing and deliver lectures on the Korean War to recruits, which he fills with somewhat radical political commentary, and along with his buddy Percy (Callum Landry Jones) he tweaks their by-the-book commander (David Thewlis).

Boorman was 82 when he made the film and his direction is easy and effortless, befitting the story. Like Hope and Glory this is largely anecdotal—there are coming-of-age romantic adventures with a brittle, troubled high society girl (Tamsin Egerton) and a fun-loving nurse (Aimee-Ffion Edwards), a homecoming visit to his idyllic family home on an island in the river, the coronation of Elizabeth II (which they watch on a new TV), and an elaborate prank involving the regimental clock—and Boorman’s affections are with the irreverent boys. The film pokes fun at the extremes of military discipline and the exasperation of the officers, all of whom fought in World War II. But it also acknowledges their service and reveals an empathy for their old values in a changing world where Britain is no longer an imperial power and the Cold War has replaced the World War.