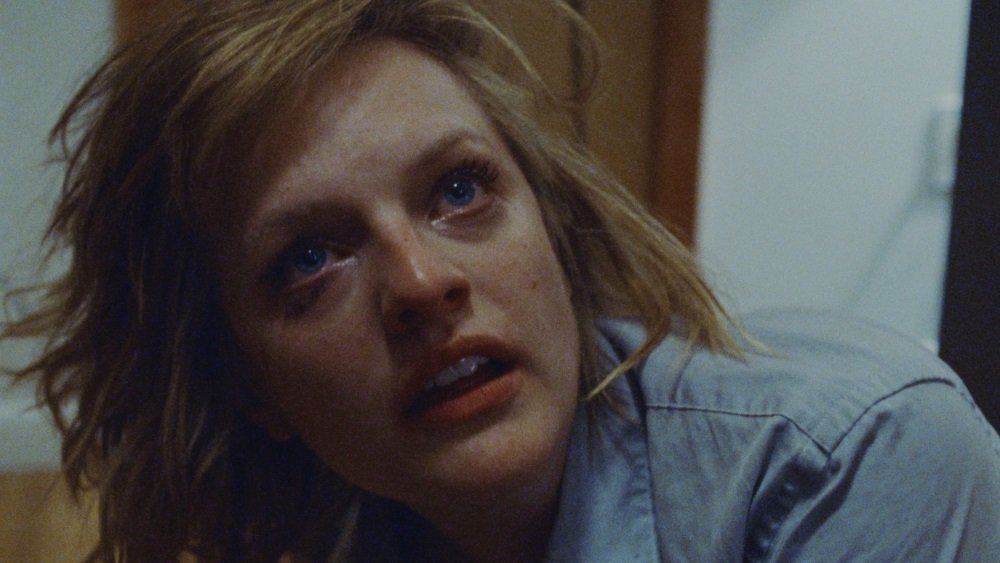 Queen of Earth (2015), Alex Ross Perry’s follow-up to his breakout feature Listen Up Philip, is much more intimate character drama. Elisabeth Moss, who was the neglected and betrayed girlfriend in Philip, takes the lead here as a Catherine, a young woman reeling from the sudden death of her father at the same time as the emotional fallout of a bad breakup. She takes refuge in the comfort of her best friend Virginia (Katherine Waterston), a trust-fund baby spending her days on perpetual vacation, in her Virginia’s family upscale vacation cabin in the woods.

Catherine and Virginia are not what you would call likable. These best friends are privileged women who slip into defensive posture whenever they feel the glare of judgment upon them, which is often. They are ostensibly there for each other, yet so self-involved they can barely break out of their own little bubbles. Neither writer/director Alex Ross Perry nor his actresses attempt to soften these characters. Moss plays Catherine as vulnerable and in pain, tangled in a torrent of contradictory emotions—anger, betrayal, love, hate, don’t leave me and get the hell out of here—but also narcissistic, self-involved, without any ability to empathize, and Waterston is distant and wary as Virginia, still angry at Catherine’s neglect of her emotional turmoil in a previous getaway. Yet, surprisingly, we actually come to care for them—or at the very least worry about them.

What should be a weekend of bestie comfort becomes fraught with expectations, assumptions, and resentment. It’s like an American indie reworking of Hollywood high melodrama—initial pettiness and sniping grows into passive-aggressive war between bitchy frenemies in close quarters—but instead of the theatrical thrill of showboating spectacle of divas dueling with sophisticated wit and sneering delivery we get something uncomfortably intimate and personal. Moss is truly scary as she slips into dazed smiles and giggling fits. It may sound unpleasant to watch but Perry and his performers draw you into this raw chamber piece. You can’t look away, and neither can you dismiss the emotional wreckage of friends who fail each other so spectacularly.