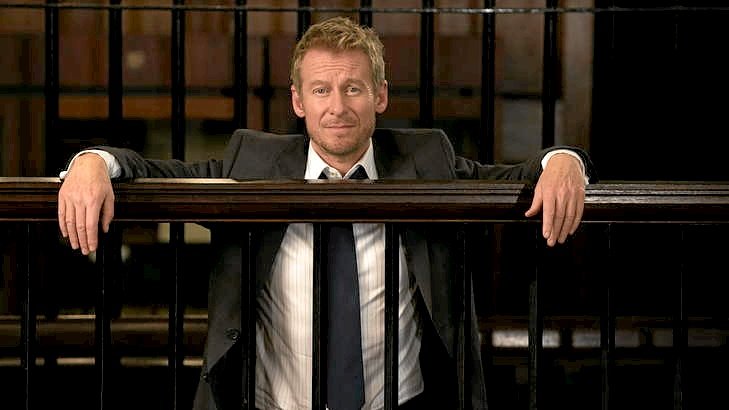 Rake is a pretty fair description of Richard Roxburgh’s Cleaver Greene, an Australian criminal barrister who tends toward unconventional methods in the courtroom and self-destructive behavior outside the courts. He’s once divorced, with a string of failed relationships (one with a former hooker now dating the tax attorney prosecuting him) and affairs, and it’s left his own personal life in quite a state of chaos. And he rarely gets through a case without a beating of some kind.

I couldn’t say if it’s indicative of the difference between British and Australian television, but where British shows tend to lovable eccentrics, this one is content to let us enjoy his reckless disregard and scruffy wit without worrying about redeeming him in any way, and it’s even more liberal in its gratuitous nudity. We don’t have to like him to enjoy his company. And if you need another reason to check it out, here’s one: the first episode guest stars Hugo Weaving as Greene’s client, a genius economist who happens to be a confessed and unashamed cannibal. Bon appétit!

Queue it up on Netflix or watch it on AcornTV

and other services. Availability may vary by service.
Rake: Series 1 [DVD]