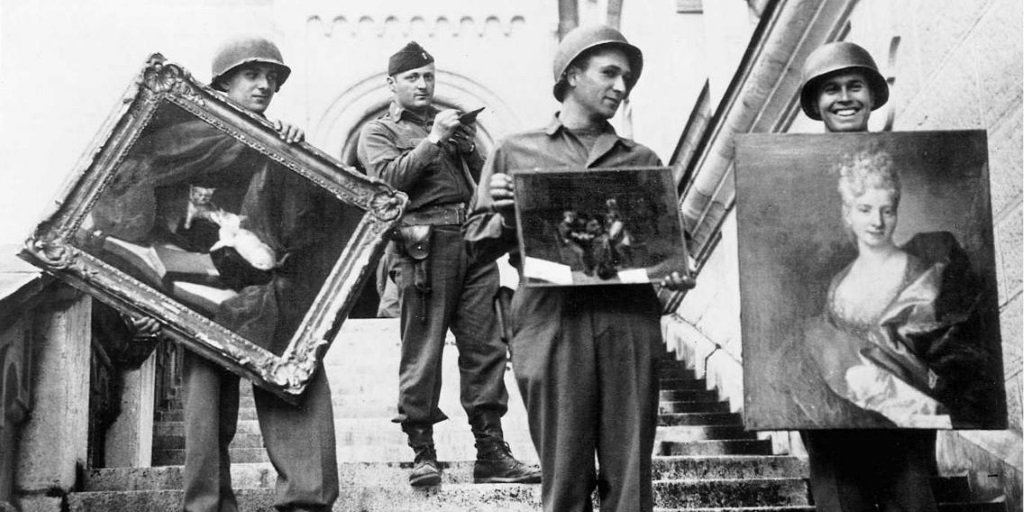 “What is more important, a work of art or a human life?” The Rape of Europa (2007) does not attempt to answer the question, posed rhetorically by one of the men who was charged with securing and repatriating recovered artworks looted by the Nazis or damaged in combat. But it shows that the question has a deeper connection to individual and cultural identity beyond the reverence of celebrated paintings and sculptures of European history, past and present.

Like the art galleries and collection cited in the film, the story of how Europe’s great works of art were systematically looted by the Nazis in World War II and taken back to Germany for Hitler’s fantasy of a super museum and Herman Goring’s private collection is the dramatic centerpiece of this documentary. Returning the pieces that escaped the wartime repatriation is called “unfinished business in the greatest war in history” in the film’s narration, a claim I can’t fully embrace (see opening rhetorical question) but acknowledge in the deeper themes that the documentary reveals through the course of the dynamic story.

It’s not just about the Nazi looting of Europe’s treasures, but the meaning of World War II itself. The story of Nazi Germany’s industrialized pillage of conquered countries goes much deeper to expose a chilling facet of Hitler’s final solution: the systematic eradication of Jewish and Slavic culture from top to bottom, as if to sweep away all vestiges of the races Hitler deemed inferior.

The ongoing battle to repatriate looted works over 60 years later still provides headline-grabbing drama, which the film uses for the same effect. But the connection of art and national artifacts to individual and cultural identity gives them a power and a meaning beyond auction prices. The work of the people who strived to save the artistic and architectural treasures of Europe during World War II inspired the film The Monuments Men (2014) but this documentary is not only more informative than George Clooney’s drama, it is more interesting and engaging.

, iTunes, GooglePlay and/or other services. Availability may vary by service.
The Rape of Europa [DVD]